CFM has from its inception has explored what museums can learn from games, and game design. In this guest post, John Maccabee, of San Francisco based CityMystery, gives readers an early glimpse into the creation of a new, multi-museum alternate reality game (ARG), PHEON, that will enlist players to help the participating museums explore mission-based themes.

For the past couple of months, CityMystery has been building a new game, called PHEON. (A pheon is an ancient Greek arrowhead that has come to symbolize nimbleness of wit.) The purpose of our game is to celebrate (and reinforce) the American impulse to innovate. An economist friend of mine recently said that we have to “invent” our way out of our current mess. With PHEON I am promoting the idea that Americans understand innovation as a reoccurring utility of our democracy, one that matches our ability to adapt and succeed. PHEON’s subtext has to do with how ideas are passed along: how one person articulates a wish that another fulfills.

PHEON is also a story about transformation, which is the subtext of all innovation. Narratives don’t arise all at once – they develop incrementally through character and situation, and a lot of what I have been doing lately (as we pick up sponsorship) is tell and retell the story, editing and embellishing as I go, which feeds the game, which feeds the story, and so on and so forth. PHEON is a multi-institution, mission-based game – with missions emanating from the expertise of participating institutions and agencies. What that means is, let’s say, the Smithsonian American Art Museum has a robust folk art collection, and the missions it may choose to sponsor focus on folk art or any other collections they want to feature.

A game element that worked well for our first game with Smithsonian American Art Museum, Ghosts of a Chance, asked players to make artifacts for the game, which has given rise to what I refer to as maker-players. A rule of thumb for ARGs is that at any given time you can find that 1% of players are playing daily (the maker-players). 10% are participating, attending to the game, on a twice or three times weekly basis and the vast majority are what hardcore ARG-ers call “watchers.” It is why ARG demographics trend 18 to 45 and older. Some players enjoy the “display” of the game, just watching the story unfold. With PHEON we’re designing a game that appeals to makers, participants and watchers by programming on as many platforms as possible – from websites to 3G phones – and the way I have been explaining it lately is to have people think of the following syllogism: Sitcoms and hour series are to TV (cable and network) as ARG-like games like PHEON are to mediums like Twitter, Facebook, YouTube, Flickr, etc., using social media as narrative tools. For instance, in ghostsofachance.com we had six in-game characters, four of which were dead (ghosts) who were all killed on the same night in 1858. But two of the characters, Daniel Libbe and Daisy Fortunis, existed in the present as young curators who were compelled (by ghosts) to curate a show called Ghosts Of A Chance. We established characters in terms players understand, on plausible Facebook and MySpace pages, with actors playing (blogging, vlogging, and friending) as their in-game characters. What was surprising to me was the amount of interaction that occurred, especially on Daisy’s page, and most especially among women. While some of the conversations are postings from people who have linked all their networks, much of it is an ad-hoc meeting place, where a woman can offer that she “has red shoes that she loves but are killing her feet,” and others suggest alternatives.

All of us, players, participants, and watchers, are created to consume and produce a narrative. It is what we mean when we say that our lives have meaning; our lives fit into either someone else’s recognizable story, or one of our own invention, and even then (at the very least) our individual stories appropriate themes that came before.

Finally, the puppet masters of PHEON will require apprentices … we’ll be calling …

John Maccabee can be reached at johnmaccabee@gmail.com 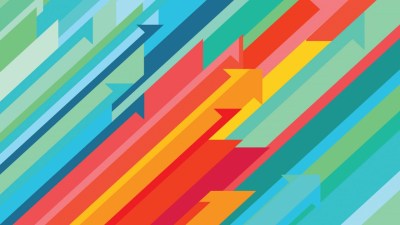 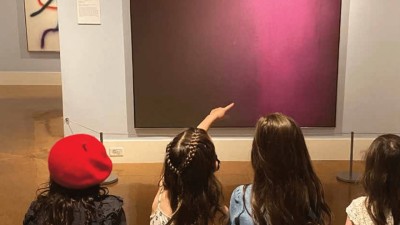 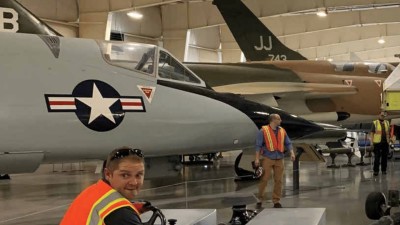