To paraphrase Churchy, from Pogo, “Futurist Friday comes on a Thursday this week.”
I am delighted to find that our museum association colleagues in the Netherlands—the Nederlandse Museumvereniging—produced a report last year that parallels CFM’s Museums & Society 2034: Trends and Potential Futures. They were kindly responded to our request that they translate Agenda 2026: Study on the Future of the Dutch Museum Sector into English, so we can share it with you.
It’s a good read, and provides a trans-Atlantic opportunity to explore some important questions. Is the future universal, or will the forces shaping the coming decades play out in significantly different ways across the globe?
The 2026 authors recruited experts from many sectors to rank a multitude of issues on predictability (though I think this is a wonky translation, and they really mean probability) and relevance to museums. This might have played out differently in the U.S. Water, for example, which they rank low on both counts, will be of great relevance in our country as scarcity affects the rate of growth and development of many major metropolitan areas and concerns about water quality and safety affect the exploitation of energy resources. The “tight labor market” would indubitably have made our short list, while European-specific issues would drop out.
In the end the authors focused on six major areas: 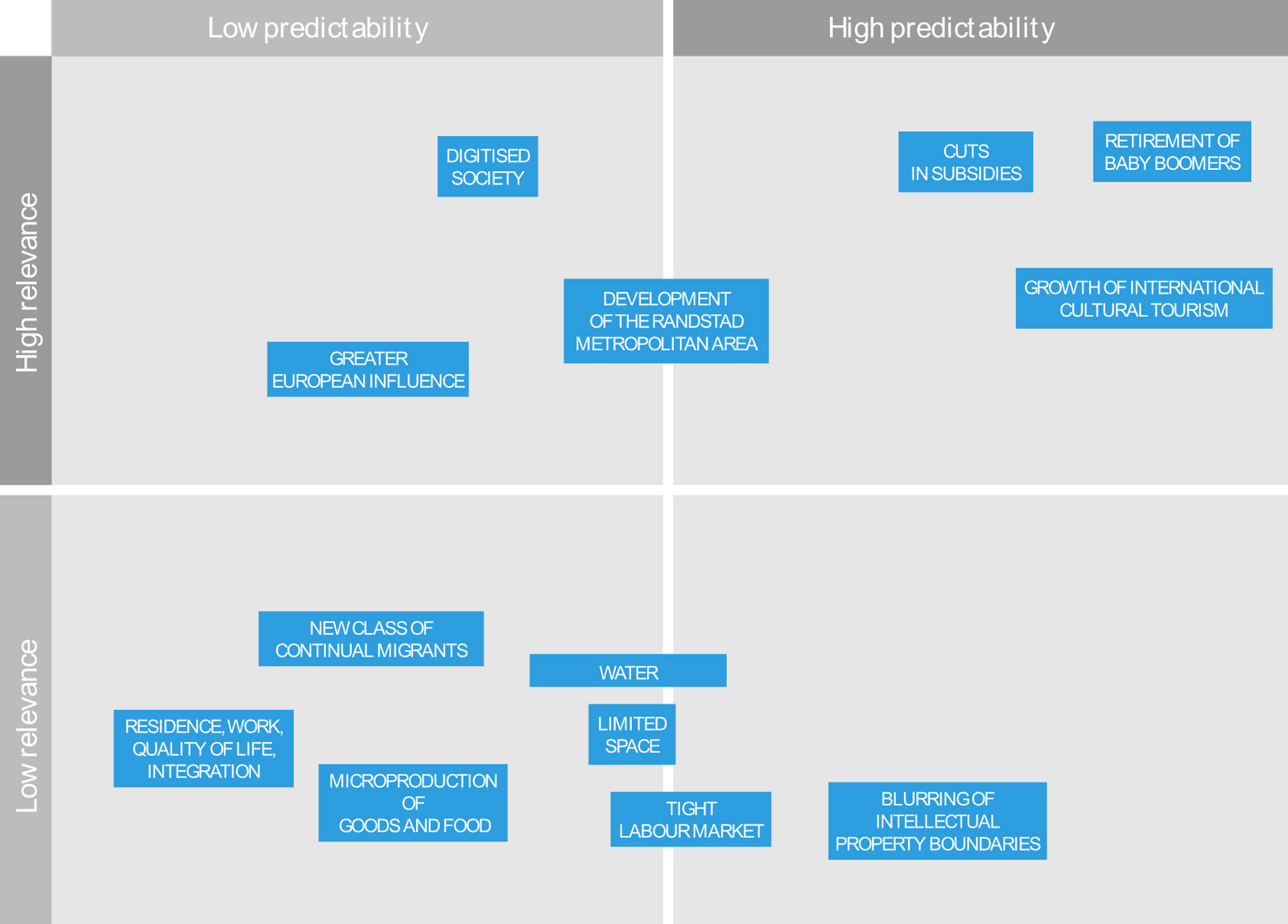 Numbers 1, 2, 3, and 5 (bold) are very relevant to U.S. museums, though these forces may play out in different ways in American than for our European colleagues.
Some points of similarity: our Dutch colleagues also face an aging population. We are intensely interested in the large cadre of baby boomers whose behavior (with respect to cultural consumption, philanthropy, volunteerism) is hard to predict yet critically important. The report also includes some interesting speculation on the effects of boomer nostalgia on collections and exhibits, and the risk of alienating younger audiences.
Even the section that on the face of it seems least relevant for the U.S. (on the Randstad metropolitan area) raises interesting questions. Are there comparable “mega-cities” in the U.S., like the Boston-New York-D.C. corridor, which may blend into one big metro area? Should these separate cities start cooperating with each other now on cultural tourism and global marketing, as the 2026 report suggests?
I encourage you to read, compare its observations with Museum & Society 2034 and with your own reading and think about the implications. Use the comment section below to weigh in with your observations.
Skip over related stories to continue reading article