When I read that MakerBot was opening its first retail outlet, located in NYC, I sent a tweet-out looking for a volunteer to be CFM’s futurist-on-the-street. That is how I connected with Blaire Moskowitz, Business Development and Marketing Assistant at Acoustiguide. Blaire is a 2012 graduate of New York University’s graduate program in Visual Arts Administration, where she wrote her thesis on “Standardizing Interpretive Digital Media in Art Museums: Goals, Process and Evaluation.” 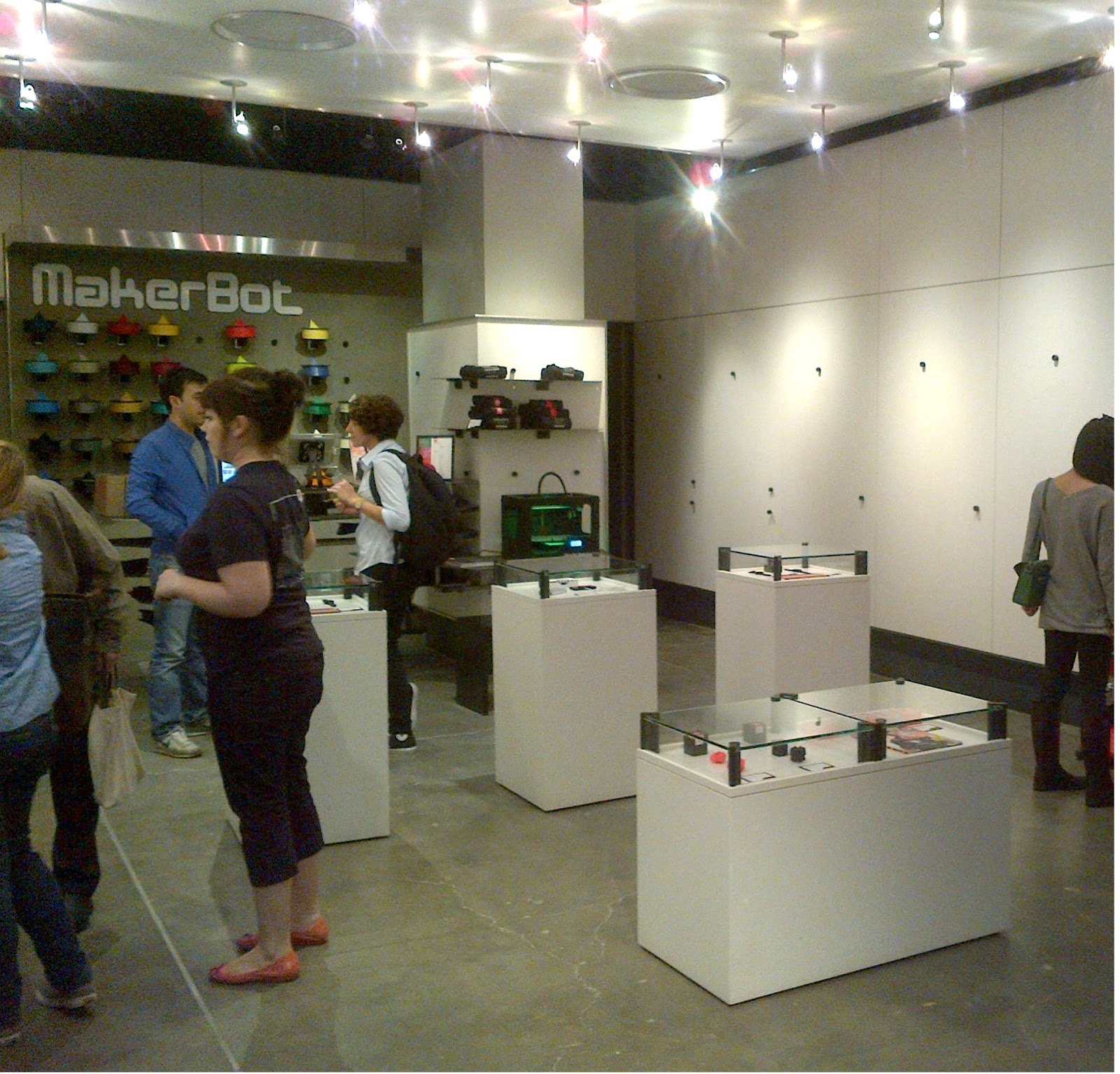 In the past few years, 3d printers have entered the consumer market and artists, technologists and do-it-yourself enthusiasts have embraced the ability to make their own plastic objects. The most popular brand of these printers is MakerBot Industries, which recently opened their first store.

MakerBot has already paired with various museums throughout the country to create “Makerspaces” and “Hackerdays.” For instance, the Newark Museum’s Makerspace bridges art and science while fulfilling John Cotton Dana’s educational mission and the Metropolitan Museum of Art’s Hackathon brought together technologists and artists to create 3d digital images for MakerBot’s open source Thingiverse online repository and physical reproductions of collection objects. 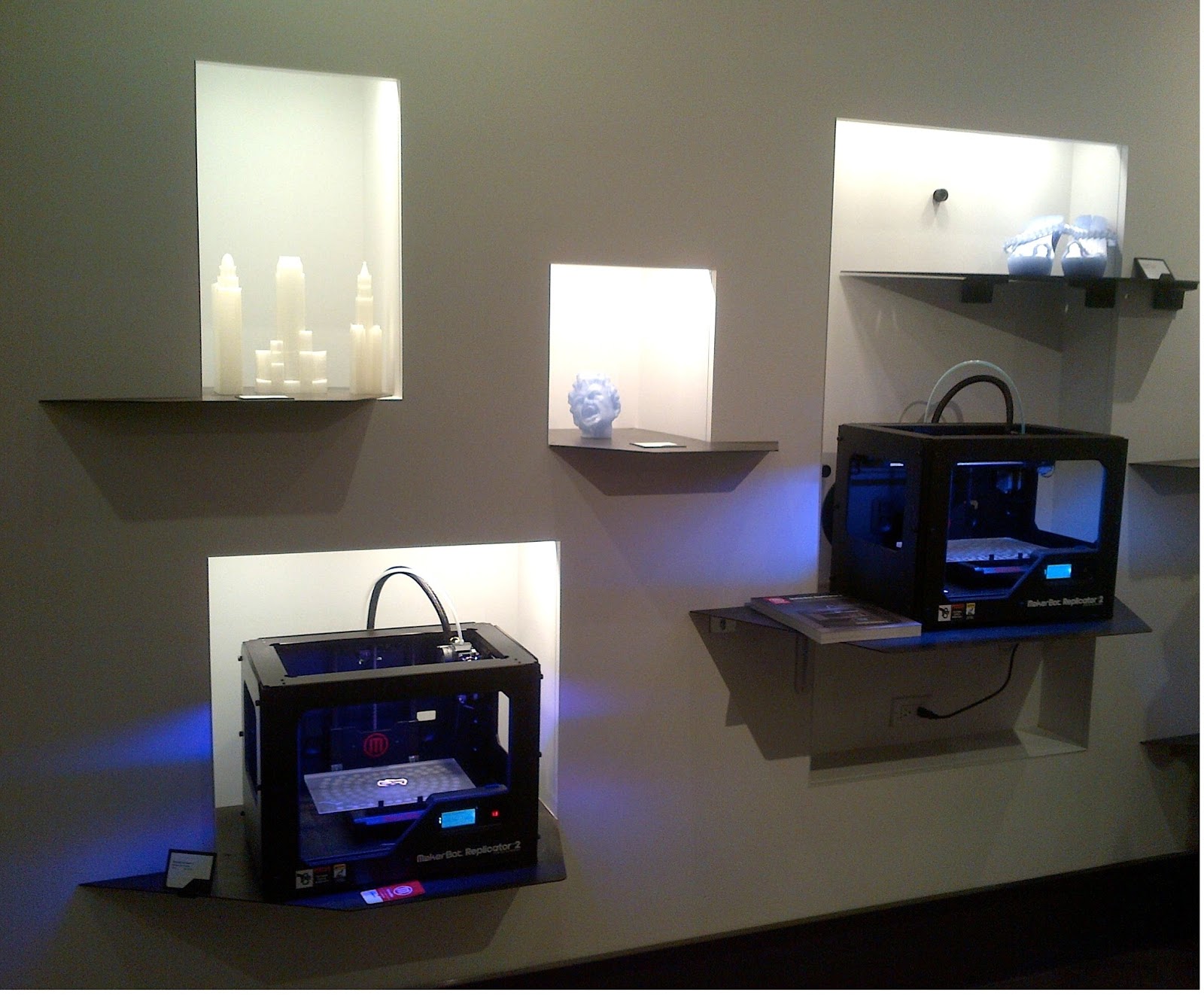 MakerBot’s store, on Mulberry Street, is so small and unassuming that unless one goes looking for it, few people would even know it’s there. When I visited, in addition to four salespeople, there were a reporter and a journalism student, each of whom was there to write an article about the store, and a man buying refills of printer supplies. Each person had previous knowledge of 3D printing and none were in the market for a new printer today.

The store is a modern white-box style showroom with more emphasis on showing off the new technology than on the small price tags attached to each piece. The printed plastic objects sit in brightly lit alcoves, accompanied by what could only be described as museum-style object labels. Because I felt as though I was in a gallery, I asked permission to touch the objects. After receiving a resounding “Yes!” from the staff, I picked up a small reproduction of the Met’s Marsyas. Being able to handle a piece of art I recognized was both strange and satisfying—since the plastic cannot be harmed by human contact, there is no reason not to touch it. But at the same time, as I held the bust in my hand, I imagined hearing audible gasps by conservationists and museum security guards admonishing me. Similarly, the printers are displayed on well-lit pedestals; these wonders of modern technology are revered. It is not often that we see both the tools of the trade and the finished product. 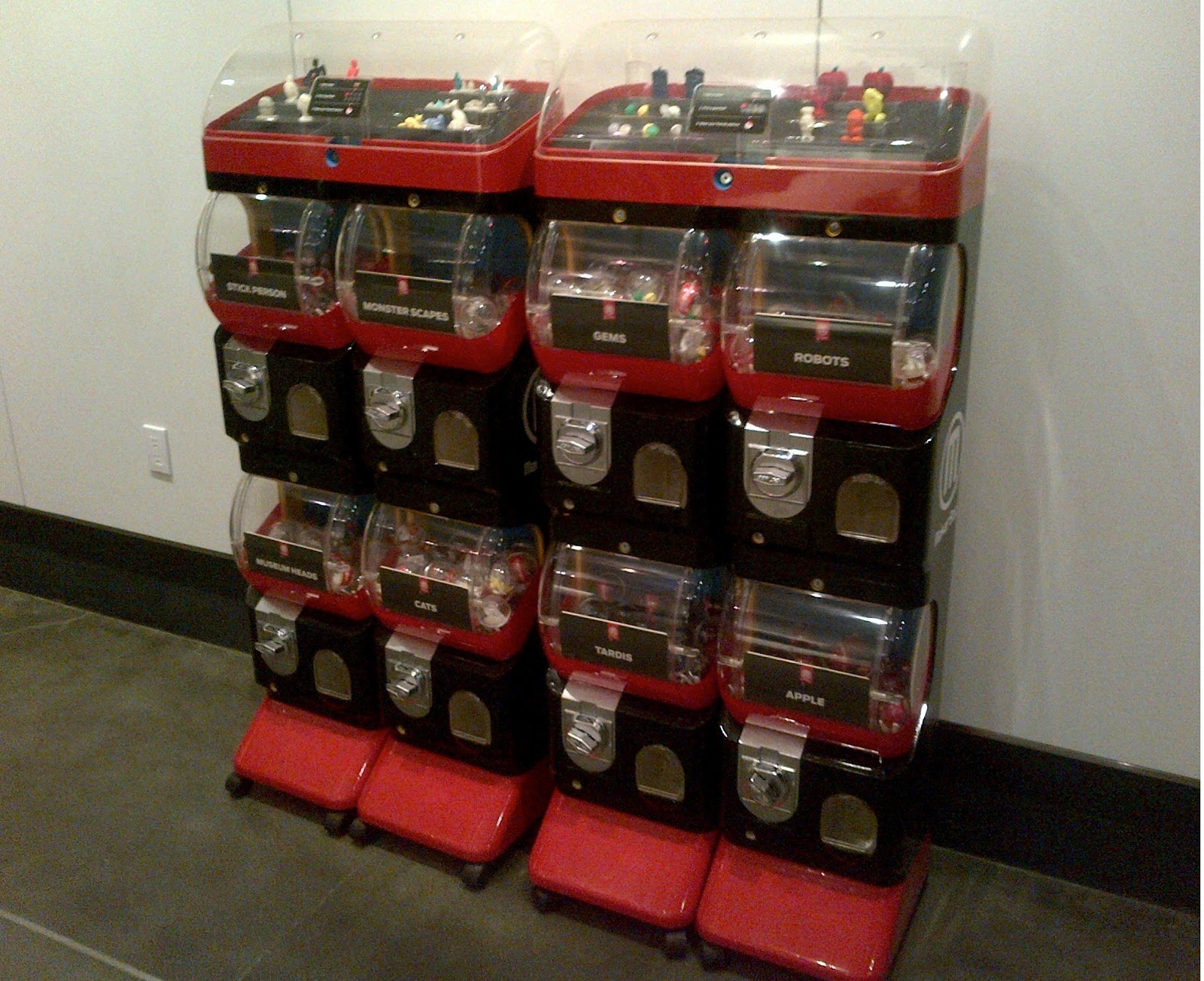 Alongside the wall is a charm machine that sells mini plastic objects for five dollars. One can buy a plastic cat, apple or “museum head” from the Met’s collection. Being able to insert your money, turn the handle and receive a plastic ball with the object inside reinforces that these objects are commodities for anyone.

One of the reasons that Makerbot printers are hailed as such a seminal point in DIY technology is because it is relatively easy to create whatever object one wants. Unlike carving a figure out of stone, a 3D printer works in an additive process.  It reads a 3D modeled file and divides it into miniscule horizontal layers. Then, moving back and forth, layer by layer, the printer head pours out tiny threads of melted plastic into the desired shape, rising from the base with pinpoint precision.

There are two ways to make these 3D files. The first is to start from scratch in a 3D modeling computer program and create your own shapes. The second option is to take between 10 and 60 photos on a camera (no need for a fancy DSLR, an iPhone will suffice) of a single object, upload them into 3D modeling software and composite an image. After a few adjustments to the resulting image—for example, deepening eye sockets or smoothing out details—the image can be uploaded to the printer and voila! There’s your replicated object. 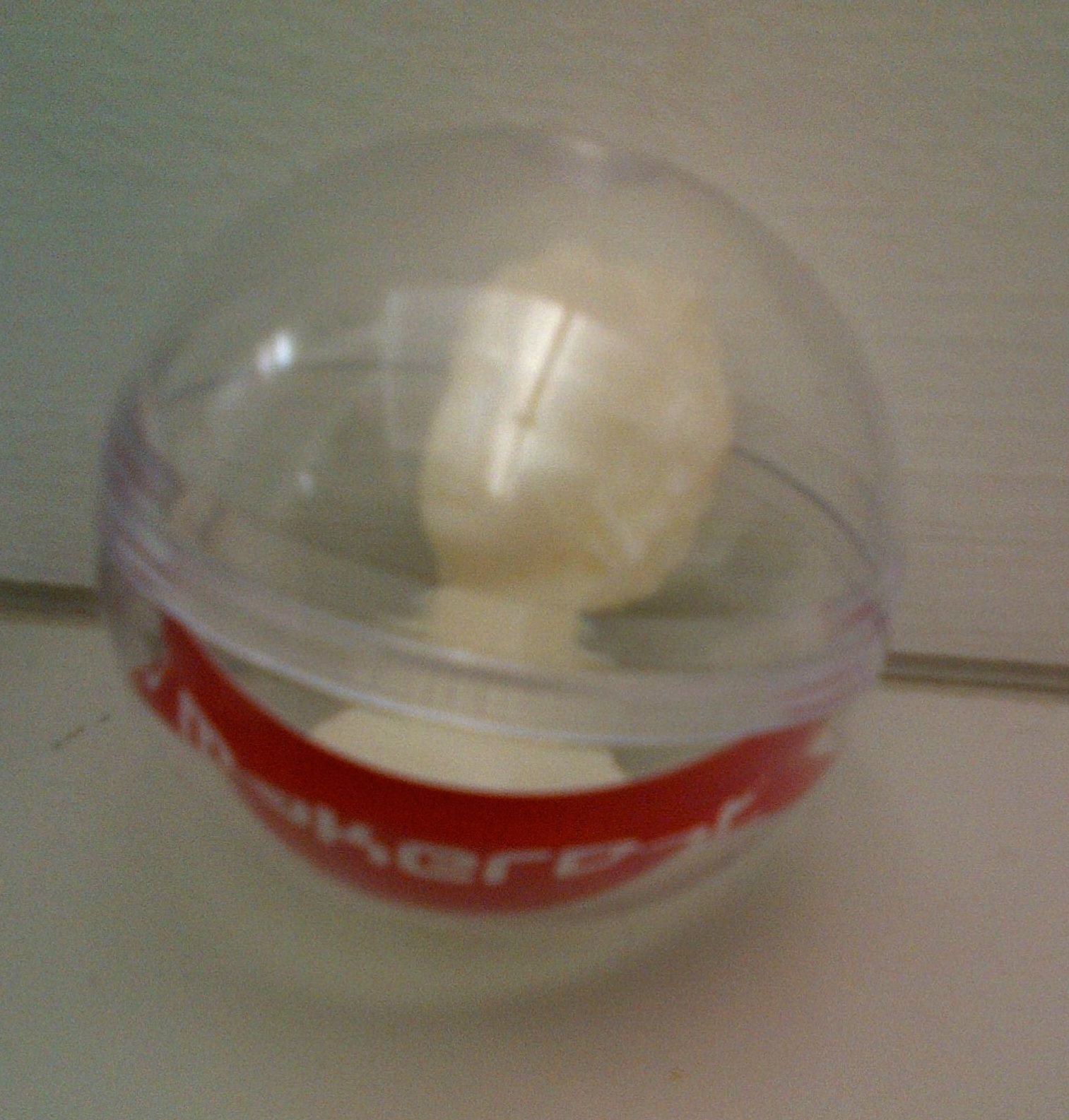 At first, the idea that we can replicate one-of-a-kind works of art was unsettling and even a bit off-putting. But are these items any worse than buying a William the Hippo eraser, a miniature reproduction of a Chinese Terra Cotta Warrior or one of countless postcards of a painting? I have all of these aforementioned objects and I’ve never thought twice about the ethics of their reproduction and mass production as souvenirs. Should we succumb to fears of mechanically produced objects? Despite Walter Benjamin’s fear of the camera in Art in the Age of Mechanical Reproduction, the arts have not ceased to exist. Instead, artists embraced photographic manipulation and museums even run their own Flickr pages and provide “take a photo” links in museum-sanctioned apps.

Oh, and the “museum head” from the charm machine sits on my desk at work, because it is actually pretty cool.

2 thoughts on “Printing the Future”