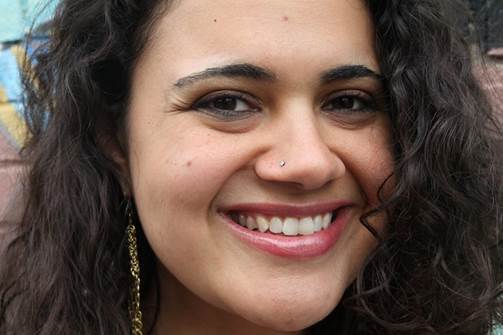 Until the killing of black men, black mothers’ sons

Is as important as the killing of white men, white mothers’ sons

Passing on to others that which was passed on to me

To me young people come first, they have the courage where we fail

–Lyrics and music by Bernice Johnson Reagon, Sung by Sweet Honey in the Rock

Why would you start a Future of Education road trip on a snow day headed Southeast in January? Why would you drive over 1,000 miles when over 6 months pregnant? How can you leave your 2 year old son for 13 days? Have you ever been away from him for so long? Do you feel safe traveling in the South now with the rise of hate crimes?…

These are just some of the questions I have been asked this week. And I will be the first to admit that my colleague, Nicole Ivy and I do not have perfect timing for our pilot Future of Education road trip to the Southeast starting tomorrow on Saturday, January 7 in Washington, D.C. and ending on Friday, January 20 in New Orleans. There are many factors that were beyond our control and have shifted dramatically since we first imagined this journey back in August. However this trip, partially inspired by the Freedom Rides and many incredible Civil Rights pioneers, such as Ella Baker herself, is not nearly as fraught with political and social unrest, nor do we face a fraction of the dangers and questions those brave, primarily young people had to  endure in 1961. Indeed, we are here at this place and time because of the brave actions they took, many of them risking and/or sacrificing their lives. Their pursuit of knowledge and freedom does not stop.

We embark on this trip in a time of transition—seasonal change into threatening winter weather, sweeping national leadership change, a monumental hearing determining the fate of the perpetrator of the horrific murders at Mother Emanuel AME Church in Charleston, SC, almost 50 years since the killing of the Reverend Martin Luther King Jr., a national holiday celebrating his birthday, and so much more. The US South is undergoing a period of social, economic and political readjustment. Increasingly a destination for domestic and international migration, there has been significant population shifts resulting in far greater ethnic, cultural and language diversity throughout the area.  The South is a place of large contrasts: home to a number of the 2016 US News top ranked educational institutions while experiencing the widest income disparities in the nation. The vibrant and well documented Civil Rights legacy provides a model for ways that cultural organizations might address the challenges of these sharpened disparities. On this road trip, we will examine how museums in 2017 are engaging issues at the intersection of community economic, social and cultural development in the face of growing diversity, heightened income gaps and unequal access to cultural capital.

“We who believe in freedom cannot rest,” wrote Ella Baker and the civil rights activist-based a cappella group, Sweet Honey in the Rock sang these words to me often as a child growing up in Washington, DC, in their wonderful rendition of “Ella’s Song.” For me, despite my pregnancy, this must be a time of action, of movement and travel. We embark on this road trip during a turning point in our country and aim to investigate transformations in civil rights, social justice, education and labor through examining the lives and offerings of and to young people. We aim to shed light on the best practices and innovations of museums, cultural institutions, schools and thought leaders across 10 cities throughout the Southeast. It is the least we can do. Snow nor sleet nor hail will stop us.

I personally have been inspired by the Southeast my entire life. My father’s people are from New Orleans and North Carolina and I spent time in both places in my youth. However, I am unfamiliar with the other parts of the South and hunger to explore more of this heritage. Dr. Nicole Ivy is from Jacksonville, FL and much of her PhD research is based in the South. She has family throughout the region and has traveled and spent extensive time there. I have imagined embarking on a “reverse Great Migration” like this since my undergraduate days when I was contemplating participating in an exchange program with Brown University’s HBCU sister school, Tougaloo  College.  I value face to face interactions and learning through direct civic engagement. In planning this trip, we researched college civil rights immersion programs, classes, syllabi, curricula, resources and books, such as “Traveler’s Guide to the Civil Rights Movement” by Jim Carrier, “Putting the Movement Back into the Civil Rights” by Teaching for Change, and “On the Road to Freedom: A Guided Tour of the Civil Rights Trail” by Charles E. Cobb, Jr. We were influenced by the classic American trope and iconic image of the “road trip” in literature such as “On the Road” by Jack Kerouac, the “State of the Re: Union” podcast series, the 1990s MTV hit television show “Road Rules,” the current “United Shades of America” TV show with W. Kamau Bell and some of the incredible mobile museums and mobile educational programing from around the country.  We were also particularly inspired by the historic role of the Green Book that was so well documented by National Museum of American History that advised people of color on how to safely negotiate travel in America.   During the initial planning stages of this trip, the Secretary of Education, John King, commenced his Department of Education #Opportunity Tour from Washington, D.C. to New Orleans, similar to our proposed route, highlighting innovations in education and we knew we were on the right track. We also were able to observe the XQ super school project’s bus tour on the day that they announced that the Grand Rapids Museum School received $10 million dollars as part of their Rethinking High School Super School project and we knew once again that we were on the right track.

Museum schools, leaders in formal education, museum pioneers and many more led us to follow our passion, work towards freedom and take this journey into the future by deeply investigating our past.  This is bit of the inspiration and context of our exciting road trip. We are happy to continue this conversation on the road. Please follow us on our journey at #AAMroadtrip. We look forward to learning with you as we continue to pass “on to others that which was passed on to” us.

Sage tweets @MuseumsP12 and is excited to hear from you over the course of our trip and subsequent Future of Education trips to come.