I don’t know about you, but I think the food here in St. Louis, MO, is phenomenal! Last night was no exception. I spent the night with over 1000 of my closest friends at the Missouri Botanical Garden for Groove in the Garden. Besides being absolutely breathtaking, (the tram ride was the way to go, by the way) the food, packed in little individual coolers, was so tasty. Thank you, @mobotgarden, for hosting us.

@AAMers So much fun at Groove in the Garden tonight! #aam2017 pic.twitter.com/i6UjkuO92B

Earlier Tuesday, Attack Theatre showed us how to use dance to tell a difficult story and Melissa Harris Perry moderated a discussion with Dr. Kelvin Adams, Akif Cogo, Daniel Gonzales, Dr. Mark Lombardi, Felicia Shaw, and Cara Stark speaking about how to be more thoughtful, more uncomfortable, and include more voices.

If #Museums made audience an integral partner in our work like @AttackTheatre, we wouldn’t have to ask if we were necessary.#Aam2017

Gateways to Understanding: Listening to and Engaging Diverse Audiences in a City of Confluence 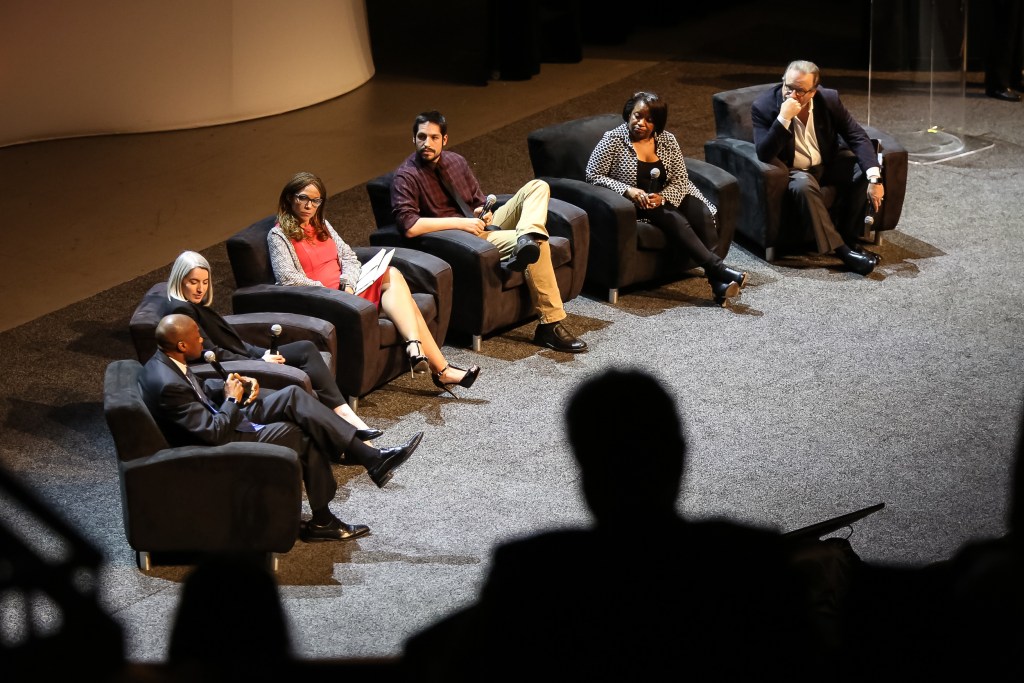 Gateways to Understanding panel of speakers

“We should be careful about false equivalencies. We just need to call privilege as we see it.” @MHarrisPerry #AAM2017

“We need to get uncomfortable?People at the margins are always uncomfortable.”
Avoid false = and say what we MEAN @MHarrisPerry #AAM2017

“Being in the spaces of museums requires us to know whose stuff we have.” – @MHarrisPerry #AAM2017 pic.twitter.com/1S4rFB4PEi

“When we are not telling these stories, its not a passive action. It does real harm.” -Danny Gonzales #AAM2017

“Museums are not just about objects. They’re about the people who come into their spaces.” Say it, and say it again. Felicia Shaw #AAM2017

It’s been an emotional and educational Annual Meeting. I’m so grateful for all of the informative, kind, powerful, thoughtful, forceful, helpful, intuitive, impassioned, and intelligent folk here and listening from afar.  See you back in Washington D.C.