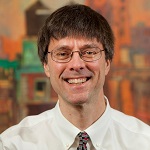 On May 1, AAM welcomed Roosevelt Dzime-Assison as our new Vice President of Finance and Administration. Roosevelt will ensure the long-term growth and sustainability of the organization’s financial and business operations and is responsible for effective resource allocation to support the Alliance’s mission and achieve its 2016-2020 strategic plan.

Before joining us, Dzime–Assison (pronounced “jim-ah-see-son”) most recently served as CFO at Directors of Health Promotion and Education, a membership-based nonprofit that advances health policy and systems change with a health equity focus. His three decades of nonprofit experience includes work with the American Red Cross, the YWCA of the National Capital Area, and the Catholic Legal Immigration Network, among others.

What led you to a career in finance and administration?

While growing up in Ghana, I originally wanted to be a doctor. Then while riding one day with my uncle, I witnessed a bloody motor vehicle accident. We saw the accident as it happened and stopped to help after the mangled vehicle finally came to a stop. But the images of that scene stayed with me, and I wanted to get as far away from blood as possible.  No more medical career.  So I studied accounting instead and was fortunate to get an opportunity in chartered accounting with Peat-Marwick.

You’ve spent more than two decades working in the nonprofit sector.  Why?

I landed my first nonprofit in a somewhat random way.  In 1986, through a temp agency, I was assigned to work at the American Red Cross, helping them send 5,000 invoices out to their local chapters. I was one of several temps.  On my second day of work, the manager called me into her office, and I was worried. What did I do wrong?  She said, “The other temps have been entering 75 invoices per day. You did 150 before noon, and 350 by the end of the day.  Do you want a full-time job here?”  Of course, the answer was yes, and I became an employee the following Monday. I worked there for seven years and earned my Certified Public Accountant (CPA) license while I was there.

It was during my time at the Red Cross that I really started seeing beyond debits and credits.  I started seeing the broader perspective of the impact you have on individuals. I saw a team of 120 people who did “disaster accounting,” which supports the movement of volunteers, supplies and other resources to disaster relief areas.

During my tenure at the Red Cross, we had 3,000 employees and over 248,000 volunteers.  Many of the volunteers worked right alongside employees.  And just like employees, the volunteers had performance reviews. They had to show up for work on time.  They attended team training and professional development.  I even saw one employee who retired on a Friday and showed up for work on Monday as a volunteer.  So I think the beauty and the essence of that volunteer work (working together to change lives) is a big part of what has kept me in the nonprofit sector.

Can you give some examples of how your work as an accountant or CFO has supported the mission of the nonprofits you’ve worked for?

When I went to work for the YWCA of the National Capital Area, I was tasked with helping the executive director stop the bleeding, financially.  The question I was expected to answer was, “Which programs should we cut?”  But I answered the question with a question:  “Why is the program losing money?”  In one case, the YWCA was providing childcare for women while they were getting job training to help get them out of homeless shelters.  But our child care facility had unused capacity.  So we opened it up to parents outside the program, which helped defray the costs and allowed us to keep the program going.

In another example I was able to negotiate better rates for insurance coverage for the Catholic Legal Immigration Network, boosting their coverage fourfold while getting the premium down to 15 percent of what we had been paying.

I find this kind of work very rewarding because when you save money, you free up more resources to accomplish your mission.

What do you think about working for a museums organization?

I’ve always admired the work of museums, and my wife and I have enjoyed taking our kids to several museums.  I know museums have a major impact, not only by preserving history, but educating us and giving us a broader perspective on where we’ve been, where we are, and where we’re going. I am delighted to have this opportunity at AAM and be able to contribute to the expanding the impact of museums in communities across the US.

You can reach Roosevelt at roosevelt@aam-us.org.