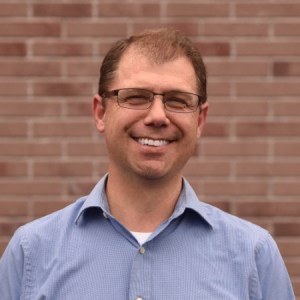 Virtual Reality (VR) and Augmented Reality (AR) are coming to a museum near you. The Sep/Oct 2017 cover of AAM’s Museum featured a photo of a young woman wearing a VR headset at the American Museum of Natural History’s Hall of Biodiversity. Walk the floor of any museum conference expo, and you’ll see vendors promoting VR and AR hardware, software, and content. The keynote speaker at the most recent Association of Science and Technology (ASTC) conference was Brendan Iribe, co-founder and vice president at Oculus. And one of the most popular new exhibits at Philadelphia’s Franklin Institute is called – what else? – Virtual Reality.

However, for most museums, VR and AR still seem far out of reach, from both a cost and technical know-how perspective.

At the First Division Museum (FDM), in Wheaton, Illinois, the brand new museum expansion includes a VR experience where visitors sit inside a Blackhawk helicopter, wear headsets, and then virtually accompany U.S. Army soldiers as they raid the home of a suspected insurgent in the Middle East. Luci Creative worked with FDM for two years on the development and technical finessing of this VR experience. Along with our partners, Northern Light Productions, Ravenswood Studio, and Creative Technologies, we learned quite a lot along the way about what works and what doesn’t. Based on our experiments, failures, and successes, here are 6 tips for working with virtual reality in a museum.

Working on the FDM Blackhawk VR exhibit was a major learning experience for all of those involved. And it’s a treat to know that thousands of visitors have enjoyed and been moved by the exhibit since its August opening. Groucho Marx said, “Learn from the mistakes of others. You can never live long enough to make them all yourself.” Our team at Luci Creative hopes that museums, exhibit designers, and media developers can learn from both our mistakes and our successes with VR.

David Whitemyer is the Director of Business Development at Luci Creative, an exhibit design firm, and an instructor in Johns Hopkins University’s Museum Studies program. He can be reached at david@lucicreative.com

4 thoughts on “Six Tips for Making Virtual Reality a Reality”