I continue to be gratified by the feedback on our “future” issue of Museum magazine. (Your digital copy available here.) Comments coming in through Twitter, email, and text message include “weird and wonderful,” “inspiring,” and (most frequently) “thought-provoking.” A few people were concerned to see an obituary for Cecelia Walls, the Alliance’s content and editorial strategist. Rest assured that Cecelia is alive and well, and had a blast writing her own obit. (I do confess to having suggested that the mechanism for her demise be a morally-challenged self-driving car.)

As promised, we are extending this exercise in future-fiction by publishing additional essays and responses here on the blog. Today’s post is by Rich Faron, president of Museum Explorer. Rich expands a story thread that Museum 2040 touched on briefly: the future of museums in space.

When it was first unveiled, the idea for the now world-renowned International Space Station Museum (ISSM) emerged as a lightning rod for not only the unresolved issues of our own nation but in fact for many struggles being grappled with around the entire world. ‘Why, ‘said so many, ‘should so much valuable emotional energy [and more to the point, money] be marshaled in an effort to build something which most people could only conceive of at best, as symbolic?’ 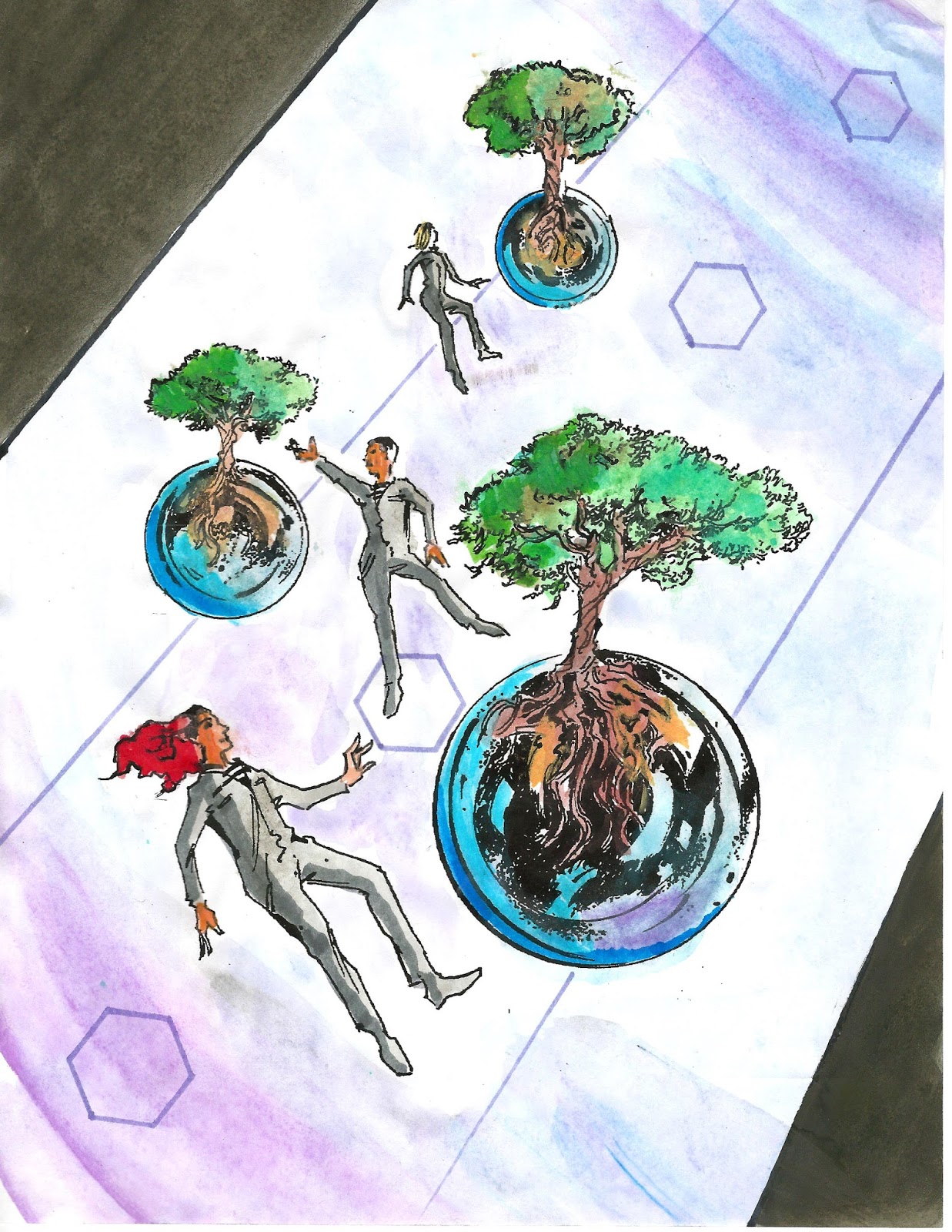 A lot of smart people dispensed with the notion completely saying that it could never be undertaken as a true ‘bricks and mortar’ project and besides what about getting visitors to the front door? Well, at least the second argument turned out to be not so much a problem as both ‘Twilight Tours’ and the almost economical ‘Public Space Bus Authority’ now regularly shepherd thousands of people on tours across the heavens every week. And the ISSM is being scheduled now as regular stop. Skip over related stories to continue reading article 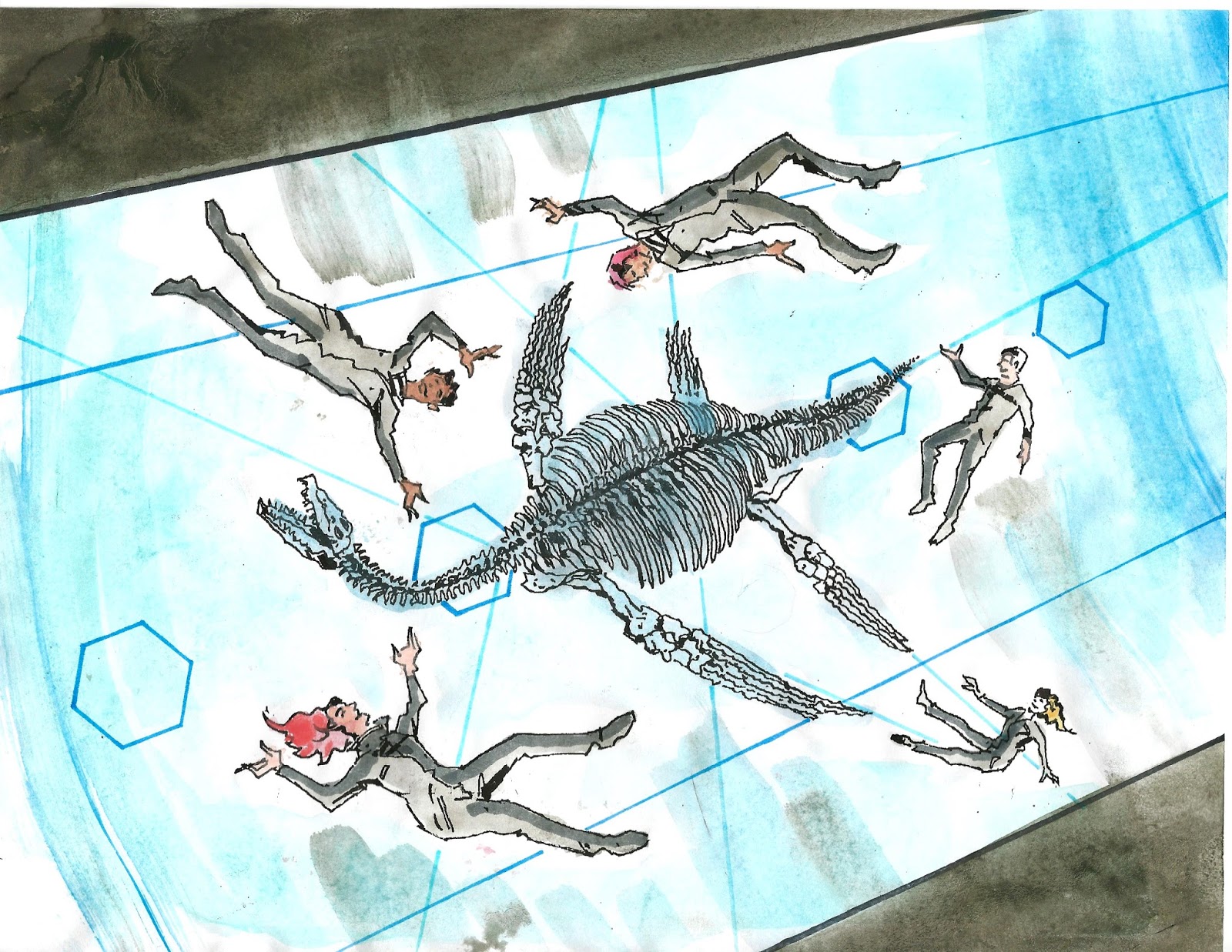 Instead the creature floats almost freely in Zero G held together in position safely by nearly invisible glass rods and filaments and accented by deep blue liquid-like waves of light that pass through the mount. The best part – Visitors are able to float weightless around the extinct reptile viewing it and evening turning its aquarium-like tube 360 degrees, communing with every facet of the extinct evolutionary wonder.
Finally, the incredibly anticipated Arts Future Gallery will open very soon. With the international call for entries complete and the judging now completed, artists from around the world are beginning the process of uploading their files to be replicated by the Museums array of 4 – 3D printers. The idea for creating a sculpture competition utilizing the 3D printers that were used to make building parts during the museum’s assembly came from earth bound veteran museum exhibit preparator Michael Paha in Kansas City. An artist himself who worked on the team that developed the Ark of Memory exhibit, Mike suggested that the 3D printers could be used to create new sculptures for the art gallery by artists below. The first exhibition will feature pieces designed to turn freely while attached by a tether to a traditionally styled pedestal.
The beauty of the International Space Station Museum is that there was no one person, no genius responsible and no solo maker of this place. It belonged to everyone and now stands as a truly collaborative effort. It is ours altogether. In 2018 when the idea for this place was set in motion those citizens were not fully prepared to imagine or predict such an outcome as this. But because they possessed a true spirit, their vision never dimmed and their hand never stayed or interrupted.
What the Earthlings of 2018 handed to us in 2040 was more than a gift. They established new rules for engagement. 2018 handed over inspiration to 2040. We now possess a tool in the form of this Museum in space that will flourish in the hands of an as yet unknown future interpreter. A newer version of ourselves, a giver to give form to our hopes and compassion and perhaps even on occasion to our sorrow. This museum represents a new and collective sense of perspective and worldwide self-confidence.
Elizabeth Merritt, Founding director of the Center for the Future of Museums, American Alliance of Museums