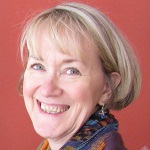 Janet Vaughan is Vice President, Membership & Excellence for the American Alliance of Museums.

Not one, but two powerful hurricanes devastated Puerto Rico in less than two weeks’ time in September. The eye of Hurricane Irma passed north of the island but left more than a million residents in darkness. Just a few days later, the threat of Hurricane Maria was announced.

After the violent Category 4 hurricane made landfall on September 20, basic services on the island collapsed. The MAPR was structurally damaged and the garden was ravaged. The biggest challenge, however, was the lack of electricity and the threat to the collection in a hot, humid climate. “The devastation left by the hurricane made it clear that we would need help, so we began phase two of our plan, which consists largely of ensuring the stability of the collection,” said Marta Mabel Pérez, Acting Executive Director of MAPR.

Staff had to wait two days before they had access to phone lines and other means of communication. When they did, they immediately reached out to the Smithsonian Institution. MAPR is a Smithsonian Affiliate and was given a $75,000 grant for the purchase of diesel to keep the museum’s power generator operating. The aid was processed in record time, an achievement that Pérez credits to MAPR’s previous director, Dr. Lourdes Ramos, who was working for the museum’s recovery from a distance, in her new position as President & CEO of the Museum of Latin American Art in Long Beach, California.

The MAPR remained closed to the public while it redirected its attention to leading the effort to rescue the island’s cultural heritage housed in other museums and institutions. It opened its doors to the art collections and cultural items that need safe, climate-controlled facilities. “The main thing is to ensure the collections, those of our community of institutions as well as ours,” said Arturo García Solá, president of MAPR’s Board of Trustees. “These are treasures of Puerto Rico, irreplaceable and invaluable, that have to transcend our generation and remain for those who will come in the future.”

The MAPR transformed itself into a “great cultural vault” and is currently providing a safe shelter for 224 artworks and cultural items from seven collections: Santa Catalina Palace (the official residence of the Governor of Puerto Rico), Sacred Heart University, José M. Lazaro Library at the University of Puerto Rico, Caguas Art Museum, Luis Muñoz Marín Foundation, Ateneo Puertorriqueño, and Casa Roig Museum. The Museum continues its efforts to locate and serve as a temporary repository for as many collections as possible. Pérez notes that cultural institutions around the island contact the Museum on a daily basis, looking for a safe environment for their items.

And then the flood

Almost 50 days after Hurricane Maria hit, the Museum finally got electric power. The joy of that moment, however, would not last very long. That same night, torrential rain fell in San Juan. With sodden ground and still clogged drainage systems, massive flooding ensued. The MAPR suffered more damage from the flood than the hurricanes. More than four feet of water swamped the building and destroyed the education department, library, art workshops, audiovisual rooms, materials, and equipment.

A very tired, but very dedicated staff re-opened the museum on November 10. They arrive “always with a smile in the morning,” says Pérez in admiration of her team. More than 1,000 enthusiastic community members came to the museum on its first weekend, eager to “see each other and see themselves” reflected in the collections of the MAPR.

Now and for the future

The MAPR has met with various cultural groups and local conservators to work on recovery. Together they identified paper conservation as the top priority. The Heritage Emergency National Task Force, a partnership of more than 50 federal agencies and national service organizations (including AAM), sent a team to Puerto Rico in November. The team included conservators from the Smithsonian Archives, the National Archives, and the National Park Service.

Puerto Rico’s cultural community also is looking forward, toward long-term strategies. They are creating a national coalition to develop protocols for collections, historical buildings, and individual artists during an emergency.

MAPR is committed to helping the other museums and collections in Puerto Rico. But Pérez notes, “We need all the help we can get, from the US and around the world.” The MAPR is asking the museum community for help.  The American Alliance of Museums has made a donation to their emergency relief fund. If you’d like to offer financial assistance, you can send a check to Museo de Arte de Puerto Rico, PO Box 41209 San Juan, PR 00940-1209 or make a gift online.