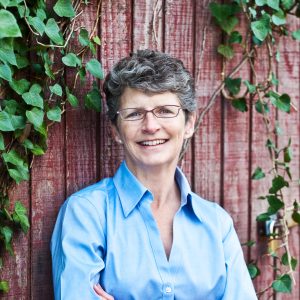 At the first International Symposium on Museums & Climate Change*, held April 10 – 13 in Manchester, UK, seventy-five or more attendees gathered to explore how museums can and should respond to climate change on behalf of their communities and the planet. We left with new resources and courage to do this work, and an expectation to reconvene next year. As this was the first such event, we focused on “stock-taking” as it is called by the United Nations Framework Convention on Climate Change, discovering ourselves.

We organized our thinking using the Talanoa Dialogue that encourages entities to plan their work in alignment of the UN’s Sustainable Development Goals and the Paris Agreement. The international commitment is to reach net zero emissions worldwide by the middle of the century. Three questions make up Talanoa: Where are we? Where do we want to go? How shall we get there? I summarize our answers this way:

Where are we? Solidly affirming that we have many of the tools, all of the creativity, and much public support, to do this work.

Where do we want to go? We want to contribute to the development of a world where all living things thrive in a healthy, equitable environment.

How shall we get there? We must base our work on evidence and human stories, and do the work together, as partners in our sector and outside of it.

To underscore the importance of answering these questions, we had with us representatives from key international bodies: Adriana Valenzuela from the United Nations Framework Convention on Climate Change (UNFCC), and Johnathan Lynn and Robin Matthews of the Intergovernmental Panel on Climate Change (IPCC), and Morien Rees (NOR) and Diana Pardue (US) from the International Council of Museums.

The IPCC and UNFCC did not come with answers: they wanted to learn more about what museums do and how to help us align our work with theirs. They explained that the IPCC provides the science that governments use for policy making, and the UNFCC supports countries’ efforts to uphold the commitments in the Paris Agreement to reduce our negative influence on the planet’s climate system. These impacts include reducing energy and water consumption, thereby cutting the temperature-forcing greenhouse gases (GHGs) such as methane and carbon; protecting natural resources on land and in the ocean; protecting and valuing tangible and intangible cultural heritage as a path to improving communities’ resilience; and using evidence- and equity-based decision-making and communication to improve the health and well-being of everyone.

We gave them a stunning, wide-ranging sampler of projects underway in at least ten countries and on three continents. Though there were more professionals from the UK than anywhere else, the US was solidly represented by South Street Seaport Museum, American Museum of Natural History, and North Carolina Museum of Natural Sciences, and two independent museums professionals.

Of those attending, some reported feeling isolated or undervalued in their climate work. Many more had supportive leadership eager to find new paths that align with their missions, yet we all craved a network of real and virtual connections to continue expanding and refining our work. We identified three to support us: Museums and Climate Change Network out of Australia, the Coalition of Museums for Climate Justice out of Canada, and, soon, We Are Still In in the US. These are resources for the “how” and the “who” to help us learn and move forward. Diana Pardue announced that ICOM is currently creating a new Working Group on Sustainability, chaired by Morian Rees, “which will address not only climate change but also economic and social sustainability.” It will approach sustainable development by addressing three moral imperatives: “Satisfying human needs, ensuring social justice and respecting environmental limits.” Pardue added that the last imperative, environmental limits, addresses the issues of mitigating climate change and safeguarding the biosphere integrity.” Morian accepted our thanks, saying that hopefully, this will rectify the fact that ICOM has been “sadly absent from the international conversation on climate change.”

Where Does Change Begin?

This highlighted our bewilderment as to why there is so little initiative in the field worldwide compared to that of governments. In both the UK and Australia change is mostly government-driven. The UK Climate Change Act requires greenhouse gas emissions benchmarking, reductions, and reporting. In Australia the government has a wide array of programs, funding, and tools available for country-wide commitment to fulfilling the Paris Agreement. These emphasize practices in energy, water, and waste, but very little on the communications and programmatic needs for widespread change.

We agreed that in any country, regardless of official mandates, museums have much to contribute beyond their operational contributions, especially in communications and programs. They engage indigenous and traditional populations in recovering climate-adaptive ways; they valorize heritage being lost to physical forces or required abandonment, they share knowledge about human impacts on environment and climate to co-create positive responses, and they can help our communities plan to become more climate-resilient.

In the absence of a US government policy on climate change, independent institutions considered “non-state actors” are coming together in a bi-partisan coalition to benchmark their current practice, and setting targets that will contribute to reaching the US original commitments to the Paris Agreement. We Are Still In is aggregating that information to report on the progress of the committed states, cities, tribes, investors, companies, and colleges and universities. On Earth Day this year, cultural institutions became We Are Still In’s newest sector of contributors. #MuseumsforParis, a program of Sustainable Museums described in a July post at AAM’s Alliance Labs, is now part of the coalition. Fifteen institutions have now signed on, and another twenty are exploring their commitment. Two of these joined while attending the symposium; another attendee is taking the idea back home for consideration.

All the symposium attendees applauded the announcement of a network that would not only voice the sector’s goals to reduce climate change impacts but also share its successes and provide a path for acquiring the skills and resources for pursuing these important commitments. By August of this year, WASI will aggregate the sector’s self-designated commitments to GHG reduction, socially-responsible investing, reduction of materials impacts and waste, and contributions to the health of land and water. We will share this at the Global Climate Action Summit in San Francisco this September, putting the cultural sector on record as part of the change to make our communities and planet healthy and thriving.

On my way to the conference, I had wondered just who would be there. The answer, in hindsight, is quite obvious: professionals who recognize that museums are central to the climate challenge. We know that our institutions have the community engagement skills, and the intellectual and creative resources necessary to create meaningful change. We were thrilled to discover that the representatives of the IPCC and UNFCC came to understand this so completely. They are looking forward to working with us in whatever way we need.

I had also wondered just how much work is there on this global issue of climate change and the role of museums. There is enough to take heart, and not enough to feel confident. While this is relatively new work, and we’ve yet to fully establish our role in it, we do see the potential for enormous leverage and opportunity to help our communities and countries respond to a changing climate. We are still clearing the path, still deciding how we are going to get there.

One thought on “Museums & Climate Change: A Global Response”