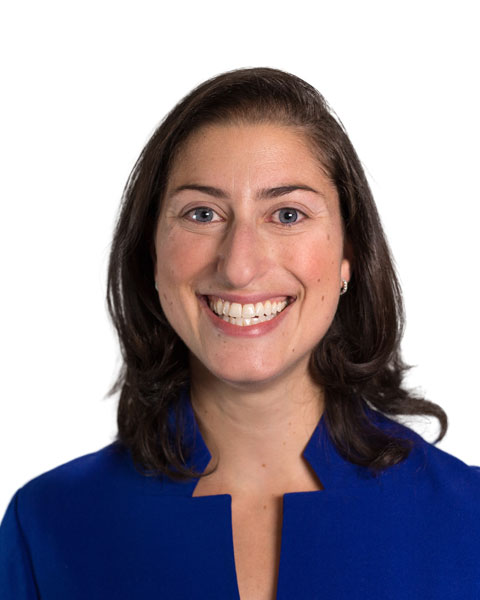 This article originally appeared in the July/August 2017 edition of Museum magazine.

On June 1, 2017, President Trump announced that the United States would withdraw from the Paris Agreement, the multinational effort to take concrete steps toward combating climate change and adapting to its effects.

In April 2018, the allied museums, zoos, gardens, aquariums, and historic sites known as #MuseumsforParis became an official sector of the WASI coalition. Cultural institutions are now a part of the world’s largest gathering of “sub-national actors” committed to the Paris Agreement. We seek to align the significant abilities, resources, and influence of the sector with the greatest social, scientific, and economic challenge ever: a changing climate.

WASI is a coalition of great scale and opportunity. Having cultural institutions alongside higher education, faith organizations, states and tribes, cities and counties, and business and investors reinforces the need for everyone to act against climate change and highlights collaboration required for success.

The Paris Agreement and WASI

In 2015, the United Nations Framework Convention on Climate Change produced what is known as the Paris  Agreement, or the Paris Accord. It was adopted by 195 countries, including the United States, at the 21st Conference of the Parties in December 2015. According to the United Nations, “all countries agreed to work to limit global temperature rise to well below 2 degrees Celsius, and given the grave risks, to strive for 1.5 degrees Celsius.” The US agreed “to achieve an economy-wide target of reducing its greenhouse gas emissions by 26–28 percent below its 2005 level in 2025 and to make best efforts to reduce its emissions by 28 percent.”

Cultural institutions are part of the commitment’s “economy-wide target.” The Institute of Museum and Library Services estimates there are more than 35,000 museums and historic sites in the United States. According to the AAM report Museums as Economic Engines, museums contribute $50 billion to the US gross domestic product, including $6 billion to trade, transportation, and utilities. They employ more than double the number of people in the professional sports industry. If the sector were to track its greenhouse gas (GHG) emissions, it could no longer ignore its direct impact on climate change. The physical presence of US museums is significant enough to warrant changed behavior.

But the Paris Agreement is not only about carbon and other GHGs. It is also a call to limit, and adapt to, the changes to the climate that are threatening and will continue to threaten the planet’s cultural and natural resources. The UN’s 17 sustainable development goals (SDGs) support the worldwide implementation of the Paris Agreement. They address life on this planet through peace, justice, and strong organizations; poverty, education, hunger, and health; life on land and below water; sustainable communities and clean water; and collaboration.

Polling shows that museums are considered the most trustworthy sources of information in America. Therefore, we can help spur behavioral change among the public. Participation in WASI can help.

Kevin Taylor is a senior program officer for cities and climate change with the World Wildlife Fund, one of the nongovernmental organizations leading WASI. He describes WASI as “a coalition of American leaders that are committed to taking action not only within their own institution but increasingly with one another as well. It’s a coalition that’s bipartisan, focused on solutions—and [with] a level of ambition that matches the science and understanding of where we are and what we have to do to actually tackle this problem and create a safe future for all. The coalition represented by We Are Still In understands the urgency we need now to create a climate-safe future.”

“We’re looking forward to working with We Are Still In to learn more for our own work and to share what we’re learning about working with the community here in Portsmouth to deal with sea-level rise,” says Larry Yerdon, president and CEO of Strawbery Banke Museum.

Reaching the nation’s goals in the Paris Agreement will require collective action. We will need to change how we source and use energy and materials, design our communities, and organize our lives. These changes must take place in many ways: individuals will make new purchasing and voting decisions, companies will make new energy and production decisions, and state and local governments will plan and serve communities differently.

For this to happen, a symbiotic relationship will need to emerge among the WASI sectors. Governments, businesses, investment bankers, and other sectors can partner with us to engage the public in collaborative learning and decision-making.

If your institution chose to set a GHG reduction goal, would you need help establishing a baseline and monitoring your progress? Do you want resources on socially responsible investing or community partnerships for developing infrastructure for electric vehicles? WASI and its member organizations can help museums implement solutions and reach climate goals.

The work of achieving sustainable development goals aligns with any museum’s mission, whether through science, art, heritage, natural resources, or social connections. WASI makes it easier to identify those alignments and highlight the work we do for our communities; the coalition makes it easier to reach larger audiences as we fulfill our public education responsibilities and our charitable responsibility to benefit our communities.

Ninety-seven percent of the American public believes that museums provide their communities with valuable educational experiences, according to Museums & Public Opinion 2017. In addition, data from the national Awareness, Attitudes, and Usage Study finds that about three-quarters of the public believe that museums should suggest or recommend certain behaviors or ways for the public to support their causes and missions. WASI gives us more ways to do just that. We are well-positioned to surface the stories, ideas, and questions about the environment and climate from our collective 850 million visitors, and we can engage them in building the community-wide solutions we need to successfully address such complex challenges.

Reducing humans’ negative impact on the environment is most effectively achieved through collaboration. By joining WASI, museums and other cultural institutions can demonstrate our sector’s collective ability to reduce negative impacts and achieve climate and sustainable development goals. In addition, each participating institution gains partners to help accelerate this change.

Through WASI and its online portal, we have a new tool for aggregating the cultural sector’s environmental, social, and economic impacts. We can decide how we measure this. We will need new, possibly unconventional, skills and practices; coordinated efforts; and determined cross-sector support and dissemination to make a true impact. WASI is our opportunity to scale these efforts, and to demonstrate positive impact.

Being part of WASI, says Richard Piacentini, executive director of Phipps Conservatory and Botanical Gardens, is “an important way to show that cultural institutions and the communities they serve can play vital roles in honoring the commitment of the Paris Agreement.”

What the Paris Climate Agreement Says

The second article of the Paris Agreement explains its purpose:

1. This Agreement . . . aims to strengthen the global response to the threat of climate change, in the context of sustainable development and efforts to eradicate poverty, including by:

(b) Increasing the ability to adapt to the adverse impacts of climate change and foster climate resilience and low greenhouse gas emissions development, in a manner that does not threaten food production;

2. This Agreement will be implemented to reflect equity and the principle of common but differentiated responsibilities and respective capabilities, in the light of different national circumstances.

More on We Are Still In

A year after its formation, more than 2,500 state and local leaders from government, the private sector, higher education, and various nonprofit organizations had signed the We Are Still In (WASI) declaration, representing more than 127 million Americans and $6.2 trillion of the US economy.

Not a part of the We Are Still In coalition? Join now at wearestillin.com.

Stephanie Shapiro is a manager at Eagle Hill Consulting LLC and the chair of AAM’s Environment and Climate Professional Network (formerly PIC-Green). Sarah Sutton is principal of the consulting firm Sustainable Museums and is the We Are Still In sector leader for cultural institutions.