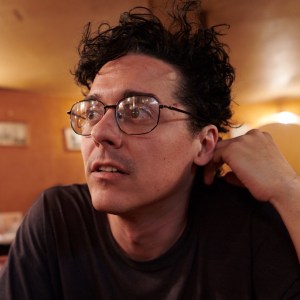 I love a good immersive futurist exercise. One of the earliest CFM events involved recruiting museum people to create museum narratives for Superstruct, the Institute for the Future’s Massive Multi-player Online Forecasting game. But immersive fiction doesn’t have to be massive, or online, to be instructive and compelling. Today on the Blog Calder Zwicky, Assistant Director for Teen and Community Partnerships tells us about a recent piece of futurist role-play at the Museum of Modern Art: Adelita Husni-Bey’s The Council, in which teens explored how the museum could best serve its community in the wake of an apocalyptic disaster.

Anatola: So how will the institution respond to this riot? Let’s have a short debate. Because some members on that floor are demanding better conditions, like there have been so many complaints about the things that are happening on floor two.
Ava: But it’s an educational floor…
Anatola: They’re really unsatisfied with the education we’re providing. They have banded together to riot. What are we doing wrong?
Emily: We should just send them all to the basement.
Anatola: If we’re providing for the people and the people are disappointed, should we listen to the people or should we install, like, order?
Billy: I think we should meet with these people.
Emily: I agree.
Jocelyn: I think we should listen to the people or else we look like dictators.

I’m listening to a group of my teens plan out the best way to deal with an educational riot at the Museum of Modern Art. I’m proud, I’m engaged, and I’m thrilled—Even playing-pretend, they maintain the same sense of justice, earnestness, empathy, political engagement, responsibility, and ironic humor (I don’t believe Emily really wants to banish everyone to the basement) that they’ve shown during their extended time working with us here at the Museum of Modern Art. And while the specific details of the framework that artist Adelita Husni-Bey has constructed for them are, ostensibly, sci-fi-levels of fantastical (there has been “A Catastrophic Event” in the future which destroys most aspects of civilization, forcing people to take shelter in our climate-controlled institutions and rethink their basic purposes), the larger ideas surrounding the future of museums and art spaces have never been more timely.

Billy: Are we that out of touch with our community?
Emily: Yeah, that’s a good question.
Amirah: Are we?
Carol: How involved are we with our community?
Emily: If there’s a riot, I think we have to be a little out of touch, I guess.
Carol: A suggestion box is not going to fix a riot.
Anatola: Yeah what about fixing the second floor solution.
Ava: We could also kick them out.
Jocelyn: People will be afraid of talking to us if they see the way we handle problems is just kicking them out.

The project, which resulted in the creation and exhibition of 5 large-scale photographic prints in MoMA’s Being: New Photography show, was developed through (and because of) a series of dialogues—first between Husni-Bey and curator Lucy Gallun, then between Lucy Gallun and myself, then with Husni-Bey and the two of us, followed by a discussion between myself and the teens, the teens and Husni-Bey, and finally, making up the bulk of the project itself, the teens holding these dialogues amongst themselves. I point to this telephone-like sharing of information because the final photos function less as finished, polished artworks and more as beautiful bits of faux-documentation capturing the usually hidden process of sharing opinions and coming to decisions. A sort of Model UN, transferred to the environs of our museum’s upper board rooms. Husni-Bey’s Council as an artistic Board of Trustees meeting, a Planning Session, a Museum Conference, or a Group Brainstorming Session. That Husni-Bey utilizes the ideas and opinions of our young people as the subjects of her work makes the project that much more valid and pertinent. Because in every discussion I’ve heard or article that I’ve read on the subject of the future of museums, the one voice that’s consistently been left out are those of our young people themselves—the very audience that will be engaging with and activating these cultural spaces long after our current generation of museum educators and curators and directors has gone.

Emily: I mean how do I become part of an accessible, like, environment?
Carol: What if you were enrolled in a class in the learning center, not even as a teacher but as a student?
Anatola: But then when it’s over are you kicked out?
Jocelyn: Yeah that’s true.
Carol: I think as long as you stay, you keep learning, you’re allowed to stay.
Anatola: If there’s a membership fee… Is there a membership fee?
Group: No. I say no. No. 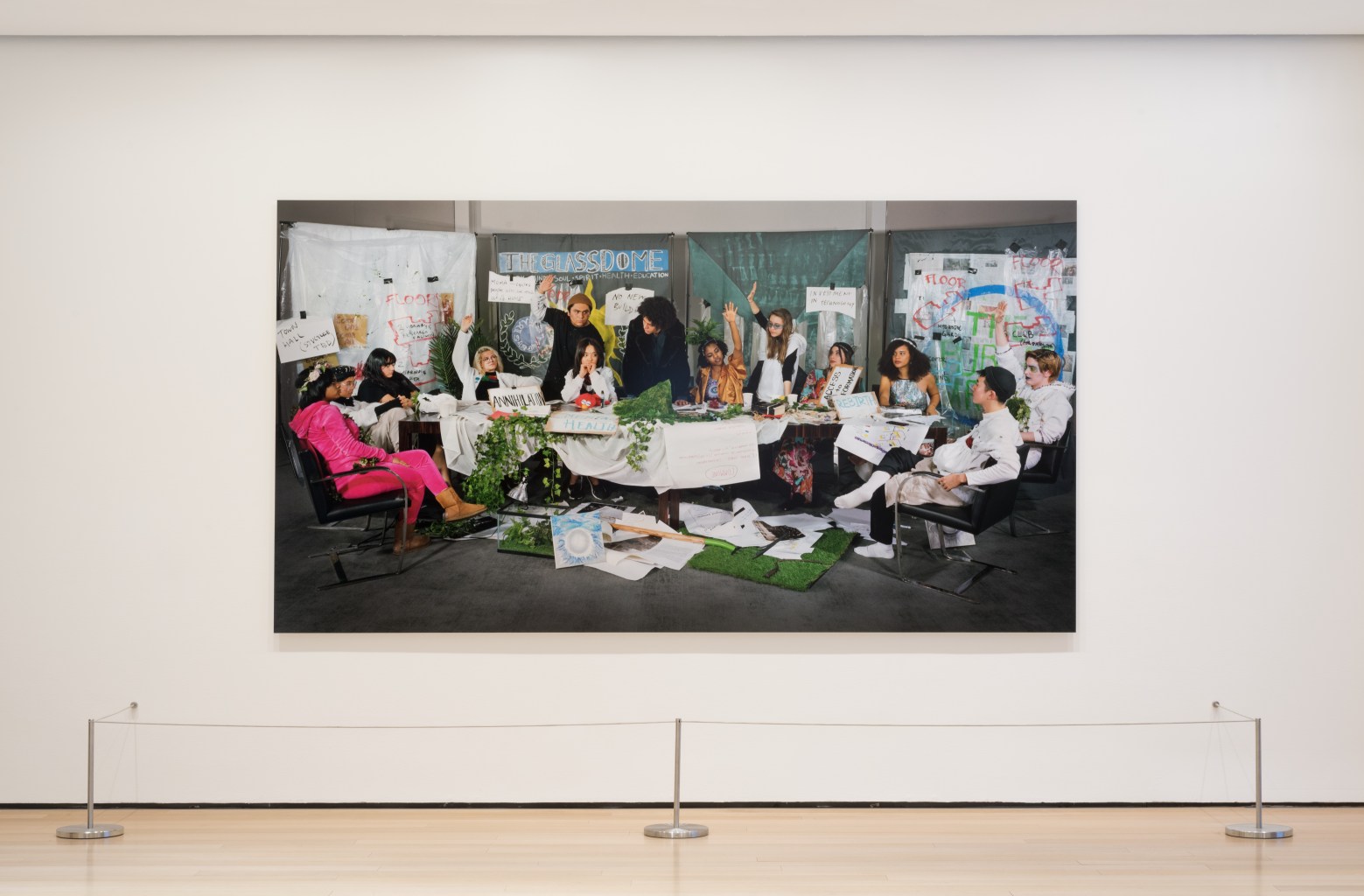 Perhaps unsurprisingly, the final decisions made by the Council about how to use MoMA’s future spaces generally steered clear from the idea of displaying art at all. One group created a glass dome on the roof of the building, devoting the space to holistic wellness, self-care, education, and technology. Another pushed for the implementation of a communist society where decisions are made by a genderless Artificial Intelligence machine they called “MüMA,” while yet a different group argues for the need to devote the majority of the spaces to gardening and agricultural production. And while it is unlikely that these ideas present viable uses for our art museums in the near future, the conversations around audiences, community, and responsibility that spurred them onwards remain as important and urgent as ever. How do we become part of an accessible environment? Are we that out of touch with our communities? If we’re providing for the people and the people are disappointed, should we listen to them? If the institutions we work for aren’t all currently asking these questions right now, don’t worry—the young people coming up behind us to take our place already are.

Calder Zwicky is the Assistant Director for Teen and Community Partnerships at the Museum of Modern Art. In this capacity, he oversees the Museum’s Community Partnership initiative, which creates programming throughout New York City for a wide-range of non-profit organizations and their audiences, including incarcerated youth, post-incarcerated adults, HIV/AIDS service organizations, homelessness initiatives, refugee groups, and more. In addition, he oversees the institution’s free arts programming for teens including the MoMA + MoMA PS1 Cross-Museum Collective, the Digital Advisory Board, In the Making studio art courses, and the Open Art Space initiative, a free weekly drop-in program for LGBTQ teens and their allies. He has worked for a variety of museums and arts institutions including the Walker Art Center, the Bronx Museum of the Arts, the Studio Museum in Harlem, and the Queens Museum.