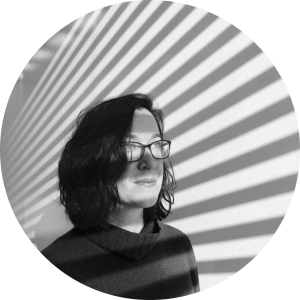 On September 5th and 6th, 2018, the American Alliance of Museums organized a two-day convening titled, “Immersion in Museums: AR, VR or Just Plain R?”. The event was hosted by the Detroit Institute of Arts, Detroit, Michigan, and had more than 75 museum leaders, technologists, scholars, and artists in attendance.

The keynote presentation on Friday, September 6th was presented by Maureen Towey who spoke about the evolution of immersive storytelling at The New York Times with a focus on The Daily 360, an initiative that she co-led which published a 360 experience every day for over a year. Towey focused on discoveries made by her Daily 360 team while creating VR in museums and other cultural institutions.

Maureen Towey | Towey is a director working across artistic mediums and specializing in new storytelling technologies. For The New York Times, Towey served as the Senior Producer for The Daily 360 and directed Sensations of Sound, which won a 2017 Lumiere award for Best VR Documentary. Towey worked as a Creative Director for Grammy winning band Arcade Fire where she helped to launch the ground-breaking interactive music video, The Wilderness Downtown. As an ensemble member with Sojourn Theatre, Towey directs radical community-based arts events, such as Finding Penelope and The Islands of Milwaukee. A highlight of her live performance work was directing Black Mountain Songs, which was co-created with Bryce Dessner (of The National) and starred the Brooklyn Youth Chorus (BAM in NYC, Barbican in London). Towey has been recognized as a Fulbright scholar (South Africa), a Princess Grace fellow, and as a PBS/AOL MAKER.

For additional information about the event, to watch the other keynote presentation, or to download a primer about immersion in museums, please visit this page: “Immersion in Museums: AR, VR or Just Plain R?”.