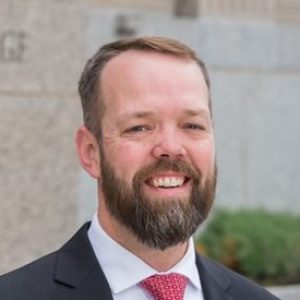 Over the course of the twentieth century, and into today, museums have witnessed dramatic changes in their organizational and funding environments—some driven from within the museum field, others from outside of the field. It’s clear that over the past decades public expectations of museums have changed, professional standards have changed, and measures of museum success have changed. While the “cabinets of curiosities” model used to delight, surprise, and inspire (and still can), it’s largely been replaced by highly-interpreted educational exhibits that are centered on very well-defined learning objectives. Organizational and funding models that supported the cabinets of curiosities (and paid little heed to long-term collections care or educational outcomes) can rarely meet the needs of the modern museum.

I’ve worked in, and observed, museums that are owned and operated under multiple different models. Some are wholly state-owned and supported through tax dollars, with minimal efforts to increase earned revenue and enhance operations. Others are private non-profits that garner most of their operating revenue through taxpayer dollars, but usually bolster those dollars with aggressive fundraising and grant-writing. Still others are fully independent of tax dollars and are left solely to their own devices for raising funds. I’ve also seen some that are owned by one entity but operated by another through special agreements. Sometimes it seems that there are as many operating and funding models for museums as there are museums. I think the trick for a museum is to ensure it is working under an ownership, operating, and funding model that makes the most sense for its given environment. And then to remember that the environment, and expectations, may drastically change over the years. The model that worked well yesterday may not work today.

Despite this, we’ve all seen countless museums continue to operate under the same model that they were established under decades ago. Sometimes it works; sometimes it does not. A stubborn persistence in clinging to old organizational and funding models can lead to a museum’s stagnation and hamper its ability to meet educational demands while maintaining professionally acceptable levels of collections care. That is why I was so intrigued by an opportunity at Soldiers Memorial Military Museum in downtown St. Louis, and was thrilled to join them as Division Director in 2018 just as we are starting to operate under a bold new model.

Designed as a memorial to St. Louis citizens who gave their lives in World War I, Soldiers Memorial is a magnificent structure that serves as a fitting tribute to our veterans and makes St. Louisans proud. In 1936, President Franklin D. Roosevelt dedicated the memorial site and construction began, and the City of St. Louis opened Soldiers Memorial on Memorial Day in 1938. At the time of its establishment, it was obvious and practical that the city would own and operate the memorial.

Over the nearly eighty years between 1938 and 2015, Soldiers Memorial received the highest level of attention and care that the city could manage from a budget that also had to care for basic city necessities (e.g. streets, public utilities, public safety, human services, etc.). These costly necessities continued to grow in scope and expense over the decades. Simultaneously, the needs of the memorial, based upon growing guest expectations and a growing collection (with increasingly costly collections care expectations) also continued to increase in scope and cost. Unfortunately, despite its best efforts and best intentions, the city simply could not meet both the costly demands of its basic services and the demands of the museum. Like many small municipal-run museums across the country, Soldiers Memorial often went underfunded. The memorial and its large collection gradually deteriorated to a point of desperation. Something had to be done. It was clear the organizational model of the 1930s could not meet the demands of the twenty-first century. And to its credit, the City of St. Louis sought out partners who could bring the necessary expertise and resources to revitalize Soldiers Memorial.

On November 11, 2015, Mayor Francis Slay ceremonially signed a city ordinance that had been unanimously passed by the Board of Aldermen. The ordinance enabled an agreement whereby MHS was to lead a multi-million dollar renovation and reconstruction of the historic structure. MHS also became responsible for managing and caring for the memorial’s collection of artifacts and is charged with establishing all permanent and special exhibitions, organizing public programs, and managing all other organizational aspects of the memorial. Importantly, the city continues to own the land, building, and historic collections.

The new model enabled a very strong historical society to step in and leverage its talented staff and numerous resources to bring new life to the eighty-year-old memorial museum. Simultaneously the new model enabled the City of St. Louis to maintain pride of ownership in the downtown landmark. Francis Slay, the then-mayor of St. Louis, commented: “our long-term agreement with this team of experts will ensure that this Memorial is transformed into a world-class museum that honors our fallen and pays respect to those who fight for our freedoms . . . We owe this to our veterans and their families.” In turn, Dr. Frances Levine, president of the Missouri Historical Society, commented that MHS looked “forward to further serving the St. Louis community by preserving and interpreting Soldiers Memorial’s historical treasures; we will not only be able to safeguard and care for its impressive collection of artifacts of military history, but also to refresh and maintain the architectural and historic integrity of the beautiful art deco building that is Soldiers Memorial Military Museum.”

The Missouri Historical Society temporarily closed Soldiers Memorial in the spring of 2016 to begin renovations. It was closed for a little more than two years during the renovation process and reopened on November 3, 2018. Renovations included an overall face-lift for the building. The lower level of the memorial was refurbished for use as a special exhibitions gallery (which more than doubled the amount of exhibition space at the memorial). Renovations also included the addition of a museum-quality HVAC system—the first full-building air conditioning system in the building’s history! Interior storm windows were added to minimize light exposure to the artifacts while allowing the original windows to remain in place. Updates also brought the building up to ADA compliance, with the addition of a second elevator, bringing the current elevator up to code, adding a chair lift to the upper floor, and more.

Now, I know there are skeptics reading this who are scoffing that the change in organizational and funding models would not have been possible without the extremely significant financial support of private donors. I’d respond with…you are correct. It’s nearly impossible to see any of the change that happened at Soldiers Memorial happening without the direct support of generous donors. However, I’d counter with the encouragement to do a self-analysis.

Is your museum operating under the most sensible model? Do you need a serious internal examination? Do you need more than a new program or a new exhibition? Do you need a bold change? If you find your models do not fit or that they do not enable you to maximize return on your efforts, is it time to look for a new model? Is it time to find partners, and donors, that will enable you to radically change, and rebuild, your organizational foundation? It is my belief that philanthropic donors want to give to an organization that is making a positive impact in its community and has positioned itself to have sustainable operations and governance into the future. Is it time for your institution to break the organizational mold?

One thought on “Is It Time to Break Your Museum’s Organizational Mold?”