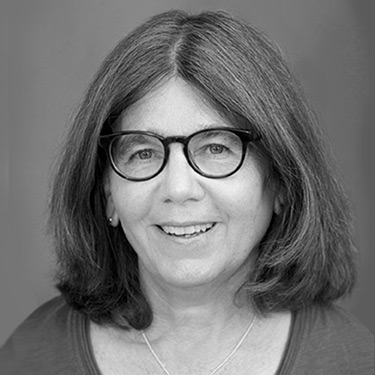 This week, my colleagues at GEMM (the Gender Equity in Museums Movement) published their second white paper, Museums as a Pink Collar Profession.

GEMM’s paper poses some complex questions about our field. Among other things, it asks whether our long struggle with poor pay has its roots in issues of deep-seated bias, and whether that bias produced today’s workforce. I suspect the answer is yes.

The Women’s Caucus organized for the first time at AAM’s 1973 Annual Meeting. Most of its participants were white, and unlike today, none of them would have openly identified as LGBTQ, since being out at work wasn’t always safe in 1973. Despite these shortcomings in perspective, the Caucus’s goals were simple and not dissimilar from GEMM’s today—support museum women, see them in positions of leadership, close the pay gap, and work for decent benefits including maternity leave.

Today, after 46 years, the museum world’s workforce is almost equally balanced for gender in employment, with 49.5 percent of museum workers being women in 2018, according to the Bureau of Labor Statistics (BLS).

But pay issues continue to affect museum workers, as they have for decades. According to the BLS, in 2017 a museum worker’s median pay was $48,000/yr. That is significantly below the 2017 median incomes of $60,996, for bachelor’s degree holders, and $72,852, for master’s degree holders. And it’s likely not the first time it’s happened since 1973. Are there consequences for decades of low pay? Yes. One result is the field’s long slow slide toward becoming a pink collar profession.

Another may be that engaged, smart, creative folks leave when they realize that after taxes, graduate school loans, rent, and childcare there isn’t much left. What does that mean for the workforce? Clearly it affects diversity: You need to be privileged—whether by birth, marriage, or both—to invest in graduate school and then accept salaries and benefits of less-than.

Poor pay puts a strain on workers. It also keeps people in the field too long before they retire. Many must continue working to make retirement more than an exercise in how not to finish life in poverty. Think I’m kidding? If you don’t make much, you don’t have much to put away.

Then there is the gender pay gap. The median salary for all museum workers in 2017 was $48k, but, accounting for the pay gap, it would be even lower for women. And the gender pay gap isn’t just about women vs. men; it’s also about age, education, and most importantly race. The gap only gets larger for Black women (39 percent) and for Latinx women (47 percent.)

There is plenty to say about the museum workplace that isn’t about gender. And there’s plenty to say about gender that’s true for women everywhere, not just museum land. The gender gap exists everywhere. Statistics show women value job flexibility more than men, perhaps because women are still the primary caregivers, whether for children or elderly family members. As a result, they often accept lower pay rates in exchange for increased flexibility at work. Has this struggle for enough time—time to have a child, time to raise a child, or time to care for a sick family member—artificially depressed wages? And given our money-conscious society, do the museum world’s low wages devalue our profession?

So what are we left with? We have a workplace close to majority female overall, and already dominantly female in many positions, and we know, beyond a shadow of a doubt, that occupations with more women pay less. We have a workplace created, benignly or benevolently in some cases, with a minefield of roadblocks. The entrance ticket is a graduate degree. Once in the door, you discover a world where salaries are often confidential, with employees unaware that others in similar roles might receive far higher pay. You may suspect there’s a gender pay gap at your institution, but have no way to find out. You may uncover a world of staff offices and meeting rooms that are far more traditional, hierarchical, and patriarchal than you anticipated or could have imagined. You may find yourself sweetly, kindly, mansplained through staff meetings or told not to make a fuss if you experience bias because of your race or your gender or both.

Can the field change? We’d like to think so.

If you’re an individual:

If you’re an organization:

Let’s not wait 11 months until the next Women’s History Month to talk about women’s issues in the museum workplace. They’re here, they’re now. Nowhere are they more obvious than the paycheck, which is tangible proof of bias and inequity. Let’s change that.