“We treat the future like a distant colonial outpost devoid of people, where we can freely dump ecological degradation, technological risk, nuclear waste and public debt, and that we feel at liberty to plunder as we please.”
–Roman Krznaric, founder, Empathy Museum

This coming Friday, September 20, marks the start of a week-long Global Climate Strike. Organizers of the strike are encouraging members of the public to take a day to protest, raise awareness, or advocate for action that may avert the worst-case outcomes of a warming world. Among the thousands of participants in New York City is Swedish climate activist Greta Thunberg, who will be addressing the UN Climate Summit next week.

Greta is sixteen years old, and for the past year she’s been encouraging students at schools around the world to ditch school on Fridays (Fridays for Future) to make their voices heard, and spur lawmakers to climate action. Speaking at a UN Climate Summit in Sweden last year, Greta took the adult delegates to task, saying:

Future generations have a right to hold us to account for the world we leave them. All too often the decisions we make as individuals, companies, or countries are only good decisions if examined in a very short time frame. I call this phenomenon temporal colonialism. Many of the current anti-colonial protests we see today deal with so-called exploitation colonialism—the creation of wealth through the theft of raw materials or labor, often from Indigenous peoples. Greta is asking us to confront the fact that that much of the wealth we are creating today is, in effect, stolen from future generations. When we don’t regulate the use of antibiotics in raising farm animals, we gift our children a legacy of antibiotic-resistant bacteria. When we extract wealth from non-renewable energy such as coal, or oil, we leave our grandchildren to deal with the long-term costs of environmental damage.

We’re still working out how to decolonize the present (in so far as that is possible). What would it look like to decolonize the future? How do we give future generations a voice in the decisions we make today?

Many of the processes that foster short-term thinking are embedded in our political systems. Politicians operate in very short-term horizons, whether catering to the electorate or to the interests of funders and donors. But more fundamentally, “representative democracy” does not represent the interest of future generations. As Roman Krznaric, founder of the Empathy Museum, has written “the citizens of tomorrow are granted no rights.” If the problem is, in part, political, part of the solution may lie in political reform.

We could, for example, enfranchise the future citizens who already have been born. Why should activists like Greta be denied a voice in decisions that will determine the kind of world they will live in? There is some evidence of movement in this direction. In March, Representative Ayanna Pressley of Massachusetts introduced an amendment to an electoral reform bill, HR 1, that would lower the minimum voting age in the U.S. to 16 for federal elections starting in 2020. It failed by a margin of 126 – 305, but that bill was only the latest gambit in a growing movement to lower the voting age. In 1971, the 26th Amendment lowered the voting age for federal, state, and local elections from 21 to 18. At the local level, Takoma Park, Maryland became the first city to allow 16-year-olds to vote in 2013.

We can also create generational representation by proxy. Between 2001 and 2006, Israel had a Commission for Future Generations—the Commissioner was tasked with examining proposed legislation for potential harmful effects in the future, for the purpose of “enhancing long-term and sustainable thinking.” (The commission was abolished because the Knesset felt that it had too much authority to interfere with their work. Victim of its own success?) In 2015, Wales created a Future Generations Commissioner as part of the Well-being for Future Generations Act. Now there’s pressure for a similar act covering the whole of the UK. Sweden established a Council on the Future in 2011 and in 2014 a Ministry for the Future, both with a mandate to think about policy in the very long term.

We can also use the court system to defend the rights of future generations, just as we are beginning to create ways to defend the legal standing of sentient nonhuman species or of nature itself. New Zealand has granted the Whanganui River personhood and appointed Dame Tariana Turia and Turama Hawira representatives of the river’s legal interests. Here in the U.S., the nonprofit Our Children’s Trust “elevates the voice of youth to secure the legal right to a stable climate and healthy atmosphere for the benefit of all present and future generations.” The Trust often pursue this goal through the courts—one of their current legal actions is Juliana v. United States (also known as the Youth Climate Lawsuit) filed in the U.S. district court of Oregon in 2015. That complaint asserts that, “through the government’s affirmative actions that cause climate change, it has violated the youngest generation’s constitutional rights to life, liberty, and property, as well as failed to protect essential public trust resources.” Last July, the U.S. Supreme Court unanimously ruled in favor of the 21 youth plaintiffs, and in 2019 the litigants sought a court order preventing the federal government from issuing leases and mining permits for extracting coal on federal public lands, leases for offshore oil and gas exploration and extraction activities, and federal approvals for new fossil fuel infrastructure.

As you knew I would, I am going to make the case that museums can play a role in decolonizing the future as well.

We have a tendency, as a society, to burn out on big problems, to stop thinking about real, important issues if there seems to be no prospect of a positive resolution. I read a paper recently that looked at the rise and fall of the attention given to three big, global problems—peak oil, climate change, and the fundamental issue of limiting growth (whether growth of population, or use of resources). The authors concluded that the attention given to these issues declines when the issues are framed as doomsday scenarios, with no practical proposals for better outcomes. In such situations, people turn their attention to planning for personal survival, rather than to public action.

Museums can not only help people understand the forces shaping the world today, they can help people envision what the world will be like if those forces operate unchecked. And to realize that the future isn’t singular—that our world could evolve in many different ways, based on the starting point of our present.

My favorite category of museum work is exhibits and projects devoted to the future—whether it’s the Cooper Hewitt envisioning the future of mobility in The Road Ahead (2018), the Museum of London looking at the future of epidemics (Disease X) on the 100th anniversary of the Spanish Flu, or LACMA’s fictional Hereafter Institute exploring Graveyards of the Future.

And my favorite subcategory is exhibits that make people feel empowered and help them realize there are actions they can take to make a better world for future generations. For example, the Future City Lab at the Museum of the City of New York, which uses games, animated maps, data visualization, and artistic interpretations of the patterns of city living to help visitors imagine approaches and solutions for a better future. Or the Museum of Tomorrow in Sao Paulo, Brazil, which created IRIS+, an artificial intelligence chatbot that talks with visitors to identify what they can do to address their most urgent concerns about the future. In Texas, the DoSeum opened Dream Tomorrow, Today in 2018, on the occasion of San Antonio’s 300th anniversary, challenging kids and families to envision the next three hundred years of their city.

Last but not least, I believe museums can promote generational equity in how we structure and run our institutions. As we think about making museum boards more inclusive in terms of race, gender, and socioeconomic status, I think it’s worth thinking about how we can share power with the next generation as well. I know of many, many examples of teen advisory councils. A particularly apropos example is the Climate Museum’s Youth Advisory Council (age 14-19) that helped coordinate the museum’s participation in the 2018 Zero Hour march. So yes, more of this. But I wonder, are there museums that have people under the age of eighteen serving on the governing board? Maybe that would be a good idea. And failing that, maybe boards should have the equivalent of the Commissioner for Future Generations—someone explicitly tasked with considering how decisions and proposals and plans would affect the museum’s visitors and communities in twenty, fifty, even 100 years. Let me know if you are interested in trying that experiment—I would love to serve as first advisor to the Commissioner.

This essay is adapted from the keynote I gave at the Museum Innovation Forum in New Orleans last May. My thanks to summit organizer Haitham Eid for the opportunity to share these thoughts. 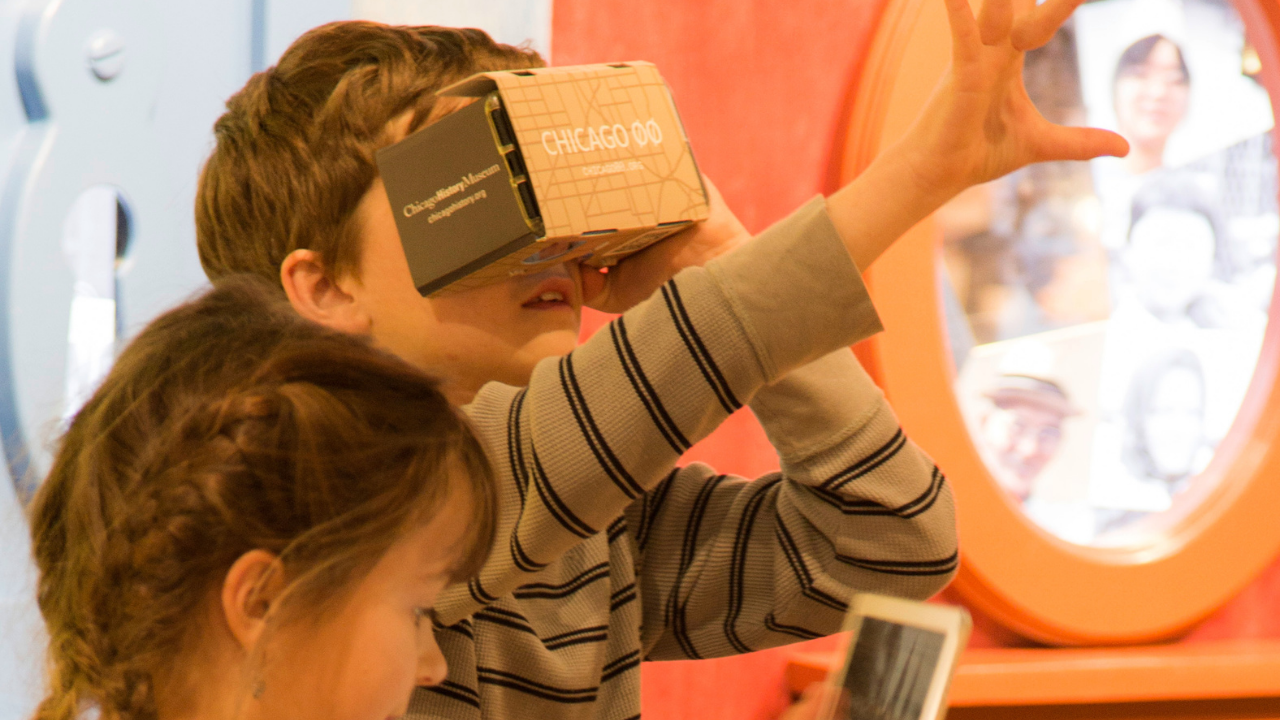 Evaluating the Impact of Augmented and Virtual Reality 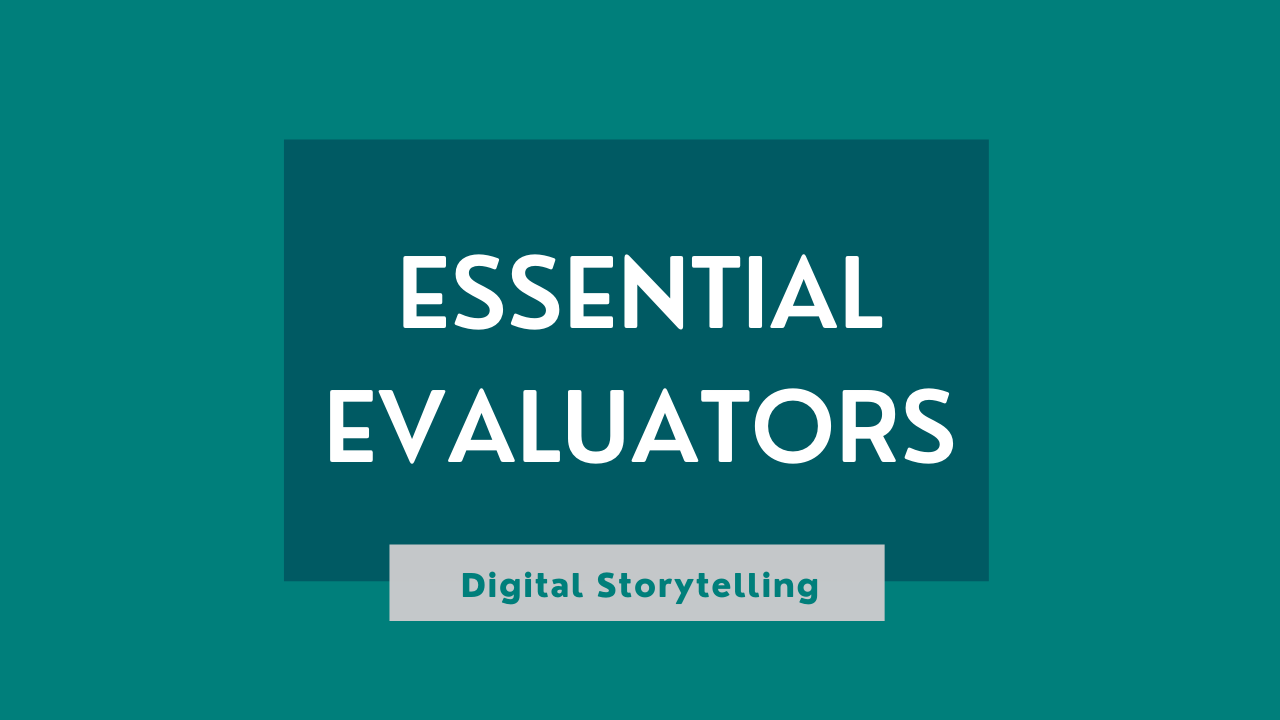 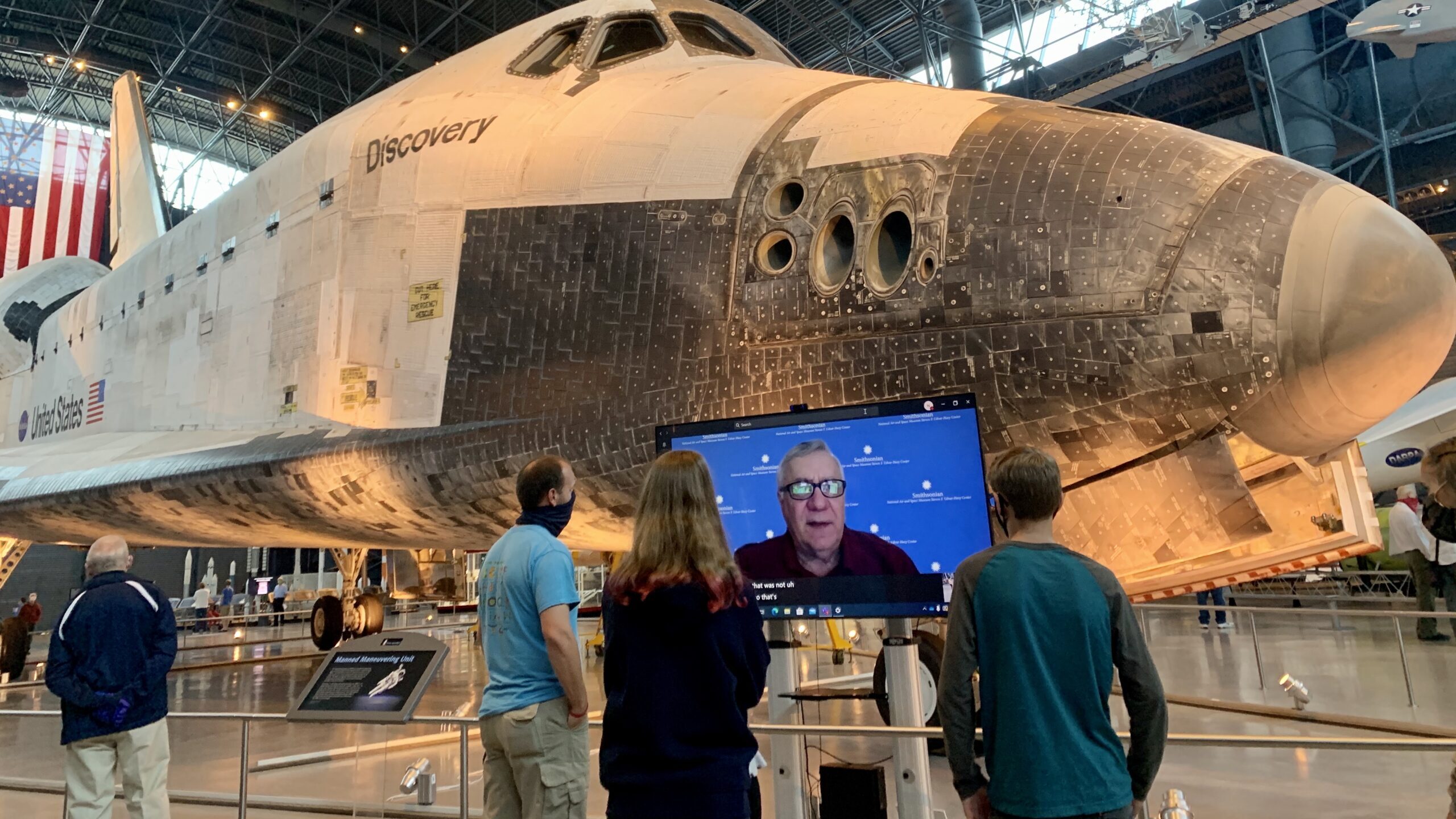 How the National Air and Space Museum Took Volunteering Virtual