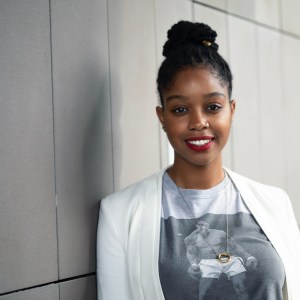 The 2019 AAM Annual Meeting was hosted in Louisiana—a state known for its rich culinary and musical traditions that attract droves of tourists. But another notable, though less touristy, aspect of Louisiana is that it has historically had the nation’s highest rate of incarceration, at one in five people.

Among those rates is the grossly increasing population of women in prisons—with a nationwide incarceration rate that has grown 834 percent over the last forty years, according to the Prison Policy Initiative, and with Louisiana’s incarceration rate for women significantly higher than the national average. At the Annual Meeting, staff from the Newcomb Art Museum of Tulane University presented an eye-opening session on this dark reality in Louisiana’s history—one which still looms in the present. In a thirty-minute panel, they shared their steps toward developing Per(Sister): Incarcerated Women of Louisiana, in which the institution partnered with formerly incarcerated women, over twenty community organizations and stakeholders, and those directly impacted by the prison system to create the exhibition. The exhibition became a platform to hear the stories of currently and formerly incarcerated women in Louisiana and shine a light on the range of systemic and social challenges they experienced, from the perspectives of the women themselves. Many of their experiences are reflected by the statistics of women in jail who are survivors of reported abuse—86 percent have experienced sexual violence, 77 percent have experienced partner violence, and 60 percent have experienced caregiver violence.

Per(Sister) paired each of the thirty formerly incarcerated women with an artist, who created works inspired by their stories. Other stories were told through voice recordings available for visitors, or handwritten messages, all with the hope of challenging common misconceptions and assumptions regarding those who go to prison. The exhibition seeks to build empathy toward the lives of those incarcerated and formerly incarcerated, and ultimately humanize their experiences on an individual level. This exhibition was the first in a series of three exhibitions at the Newcomb Art Museum that will explore mass incarceration from a sustained point of view over the next decade. Additionally, Per(Sister) coincided with several city-wide programs, lectures, and opportunities for service to inform and educate the community of the issues surrounding the criminal justice system.

A key part of the Newcomb’s process in developing this exhibition, as presented by the staff in their Annual Meeting session, was recognizing the need to acknowledge and include the history of slavery and the precursors to imprisonment for specific communities, which sustain the vicious cycle of the prison industrial complex. The show beautifully showcased this history through the narratives of the thirty formerly incarcerated women. As stated in the exhibition text, “The experiences of incarcerated women are often unknown, overlooked, dismissed, or misunderstood. Per(Sister) presents the personal and intimate stories, in their own voices and in their own terms, of thirty women that persist in their drive for the integral survival of their mind, body, and soul.”

The session emphasized the significance of making space for the subjects of the exhibition, to be community partners. One of the session presenters, a formerly incarcerated woman, made this point in saying, “You have to change who you think of as an expert—why would you not listen to someone who has lived the experience?! You wouldn’t go to a doctor for legal advice.” Museums often claim to be about community, but fail to take the necessary steps to build genuine relationships, and this is reflected in the lack of voices represented in their exhibitions and collections.

The session made me more than curious to see Per(Sister), and so I made sure to schedule time to visit before I left. It was a beautiful, although heartbreaking, display of perseverance. The exhibition was subtly guided by a timeline that made note of both a broad history of the prison system, and more specifically, dates regarding Louisiana’s prison system and population. Artwork, shown alongside vignettes and voice recordings, gave colorful dimension to the difficult accounts of the thirty formerly incarcerated women. In visiting the exhibition, I could better appreciate the ways in which art was being used as a vehicle to translate their stories and speak to a larger history of systemic oppression, sexism, racism, and marginalization. The women’s stories shone through in a way that felt authentic to their experiences, and not their crimes, as a result of building a relationship with both the institution and their partner artists. The Newcomb’s efforts to elevate the voices of women was apparent throughout the exhibition, and strengthened by their presence beyond the museum’s walls alongside local social justice organizations.

This session highlighted the importance of museum conferences, and institutional convenings more generally, to engage with the surrounding community in meaningful ways and to create opportunities for attendees to do so as well. Local organizations and institutions should have a front-row seat to conferences happening in their community, they should be invited to speak as interlocutors, and conference planners should be in community with them prior to convening. This conference session and presentation served as a reminder that collaboration makes museum work so much richer, and the stories we tell that much better. A special thank you to the staff of the Newcomb Art Museum of ​Tulane ​for your presence at​ #AAM2019,​ and for sharing the journey of creating this powerful exhibition expanding on the lives of those incarcerated.

Ravon Ruffin is a museum practitioner, community arts organizer, and digital strategist. She holds a master’s in American studies from The George Washington University, and is an alumna of Virginia Commonwealth University, with a degree in anthropology. In 2015, she co-created Brown Girls Museum Blog for the visibility of women of color culture workers, artists, and creatives. She is the co-founder and community manager at Brown Art Ink, LLC. She is currently a joint fellow in public programs at The Studio Museum in Harlem and the Museum of Modern Art.

Feeling inspired? Apply now to join this year’s cohort of social media journalists at #AAM2020 in San Francisco! Get complimentary registration in exchange for sharing your experience with the field. For full details, see the application form. Applications are due by February 14, 2020.