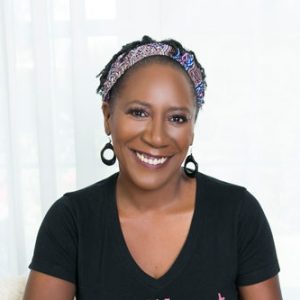 On March 23, I sent out a tweet thread to encourage museum peers during the COVID-19 pandemic. Little did I know those simple tweets would resonate with so many. I wrote:

Having led museums during significant national crises (9/11, Great Recession and now), there are three things I’ve learned that are critical to ensuring coming out of this on the other side with a stronger organization… 1/4

1) Be transparent at all levels. This includes letting people know the financial challenges, potential impacts and longer term outcomes. The numbers are easy to project, but the way your museum operates could change in important ways- that may not all be bad- just different. 2/4

2) Be compassionate. Acknowledge people afraid, including you, but focus on finding solutions-together. Know when you or others need to step back to gain composure and emotional stability so choices aren’t reactionary but rather based on as much information as possible. 3/4

3) Encourage creativity. Throughout your organization there are talented people with great ideas, call upon them to help form solutions to a new operating paradigm. “We’ve always done it like this” should be thrown out in favor of can we do it better. 4/4

This is not an easy time to be a museum leader. Many institutions do not have disaster preparedness and/or business continuity plans, and those that do are often geared toward responding to natural disasters, which are very different from what we are tackling now with COVID-19. (That being said, such plans are useful. They provide a starting point that helps keep you focused as you assess next steps, and can provide key contact information with state and local officials, potential resources, and more.) Furthermore, given the fact the majority of our organizations are run on very tight margins, few have substantial reserves to ride out an extended storm. Coupling that with looming challenges due to erratic financial markets, it’s easy to feel uncertain and rudderless. But as a leader, you have to take a breath and make tough decisions about your organization—including staff, visitors, donors, and boards.

This is why transparency is absolutely key. You must make sure the information at your disposal is timely and accurate. The worst thing you can do is respond impulsively, even if time is of the essence. Step back and look carefully at the environment. Communicate honestly with everyone in an appropriate fashion. While you should be sensitive to messaging for each of your stakeholders, the worst thing you can do is engage in “spin.” That can be disastrous and severely impact how they perceive you at a time when they need to trust your leadership most.

As I said in my Twitter thread, I write from experience with leading museums through national crises. One I remember vividly is the morning of September 11, 2001. Watching the news as events unfolded, I was panic-stricken and deeply concerned about friends and family who worked in or around the World Trade Center and the Pentagon. But I was also concerned about my staff at the Charles H. Wright Museum of African American History. My phone started ringing with calls from museum security personnel and other staff members wanting to know where I was. They all knew I was scheduled to return to Detroit from NYC the prior evening—I had been physically at the World Trade Center on September 10.

Not fully prepared emotionally, I dressed and headed into the museum unsure of what I would say or do once I got there. When I arrived, the staff was visibly shaken, tearful, and—like me—panicked. Rumors were rampant. I took a deep breath and called everyone to our central rotunda to talk. I spoke as calmly as I could and shared what we had all seen, what we knew and—equally important—what we didn’t know. We joined hands in a moment of silence for those lost. I told them we’d reach out to local authorities and board leadership to discuss options, and promised to keep them abreast of what I learned in the days that followed.

While some people expressed relief, it became clear that a different level of compassion was required. At that moment, I could have told people to focus on their work. But their eyes spoke of something more. The fear was raw and palpable. I told them instead to do what they needed to do. If that meant going home to families and loved ones, they could do that. If continuing to work helped, they could do that. If they wanted to simply stay in the rotunda or retreat to one of the classrooms to follow the news, they could do that as well. The choice was theirs. Simply acknowledging that people were in different emotional states and responding to things in their own ways gave everyone room to navigate the unimaginable—myself included.

In the weeks and months that followed 9/11, the stock market plunged, some individual and corporate donors let us know they’d divert contributions to social service organizations to help survivors and first responders, and state and local governments also shifted priorities. The financial picture looked bleak. But in the end, we had to respond to ensure the long-term viability of the organization. When assessing the situation, the stark reality was that people are at the core of what museums do and are therefore the bulk of expense. Without donor funds and earned revenues, financial hardship is even more pronounced. But thanks to this experience, I was more prepared to face the far longer-lasting Great Recession, when it began shortly after I took a new position in Richmond, Virginia. I was able to build on the lessons I learned in Detroit to help the museum find new revenue-generating ideas, programmatic shifts, and innovations that led us to greater financial stability.

Throughout both experiences, I did my best to keep stakeholders informed and listen to their concerns—even if they were angry about a decision I’d made. Our staff understood that, aside from the building, the majority of our variable costs were personnel. They also understood we had a collective interest in thinking about our operating model differently. We brainstormed, created new products and approaches. When we reached a point where projections made clear layoffs were inevitable, we told everyone as soon as possible, even if the details of which positions would be laid off remained uncertain. I wanted to give people time to make the transitions needed. Being transparent and compassionate doesn’t eliminate the pain of letting colleagues go, but it helps so no one is left blind-sided.

I now find myself at the Jamestown-Yorktown Foundation with a new team that I’m just beginning to know. Less than three months into this role, the COVID-19 pandemic struck our community. Fortunately, the team had written protocols for emergency management. I’m finding appreciation for this approach, keeping the lessons I’ve learned over the years close. Being new, it’s also critical that I listen, learn, and make tough choices. None of that would have been possible without ongoing transparency, compassion, and creativity. But regardless of how you approach them, the reality is that fear, confusion, and uncertainty are constants during most crises. In the end, as leaders we must be flexible because things change. They always do in times like these.

Christy S. Coleman, an AAM member, was recently appointed the Executive Director of the Jamestown-Yorktown Foundation in Williamsburg, VA. With a career spanning over thirty years, she’s a tireless advocate for the power of museums, narrative correction, diversity, and inclusiveness. She’s an innovator and leader in the history museum field, having worked at Colonial Williamsburg, the Charles H. Wright Museum of African American History, and the American Civil War Museum. She’s written numerous articles, is an accomplished screenwriter and public speaker, and has appeared on several national programs.

2 thoughts on “In Times Like These: Managing Museums Through Crises”