#MuseumWeek was launched in France in 2014, thanks to a union between around seven hundred European museums who wanted to both strengthen their raison d’être and increase their audience in the digital space. It has since gained increasing international success, reaching seventy-five countries around the world in 2017. Since the first year, organizers have called it “the first worldwide cultural event on social media.”

We are glad and proud to release our official visual for ‪#MuseumWeek‬ 2020! Many thanks to the French artist ‪@carole.jury ‬whose amazing work seemed to perfectly represent our yearly theme ‪#togetherness‬! ‪#MuseumWeek‬ is officialy supported by @UNESCO‬ ‪#musesocial‬ ‪#museumWeek2020‬ #museums #galleries #libraries #archives #GLAMs #Culture #art

#MuseumWeek is, quite literally, a hashtag for culture. Every year, museums, galleries, foundations, institutions, archives, and libraries from all over the world meet in the virtual space to prolong their missions on social networks and spread culture over the Internet. This great cultural machine is driven by professionals, artists, and information workers from every sphere. Though it is opened to all kinds of cultural institutions, most of the 6128 participants in the most recent edition were museums.

As the title suggests, the event, organized by the non-profit organization Culture for Cause Network, lasts a week and is structured around the mechanism “7 days, 7 themes, 7 hashtags,” on the most popular social platforms around the world: Facebook, Twitter, Instagram, LinkedIn, Weibo, WeChat, VKontakte, Odnoklassniki, and YouTube.

What best describes the participation is enthusiasm and creativity!

#inspirationMW The works of the museum inspire us impossible dreams… pic.twitter.com/bzhtnJMb7B

In addition, #MuseumWeek promotes a specific international cause each year, with its own main hashtag that can be used throughout the week. For the last edition, this was #WomenInCulture, which explored the role of women in the world of culture and highlighted the talent of international female artists. 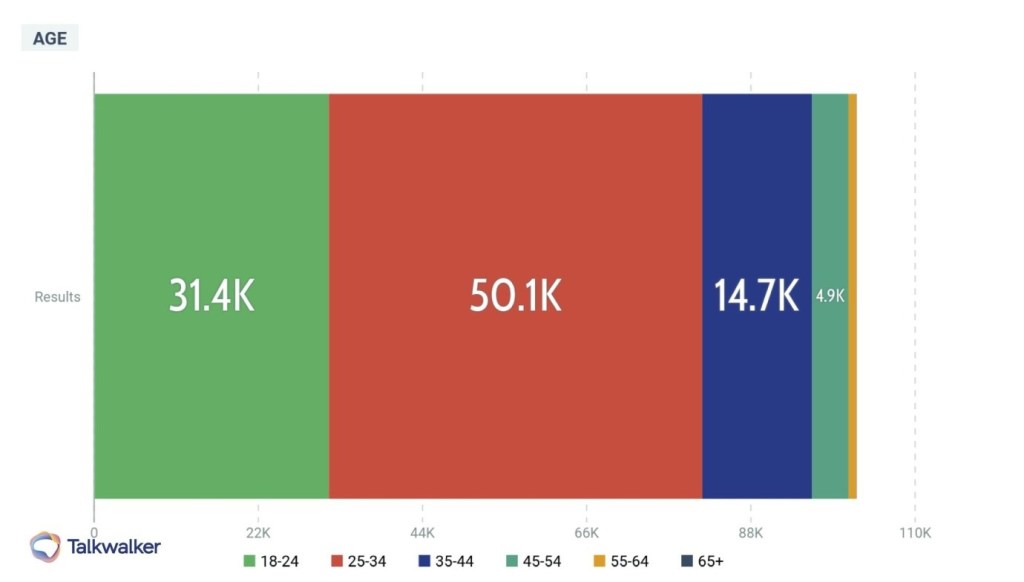 Since 2014, the number of participants has gone from 630 to over six thousand, and the most recent data have shown that the event mainly reaches a young audience, to the surprise of the organizers. In 2019, the company Talkwalker released specific numbers: 62,600 “unique users” were involved worldwide, 31.3 percent of them between eighteen and twenty-four years old and 48.7 percent of them between twenty-five and thirty-four years old. Over the years, it seems that the #MuseumWeek project has become an opportunity for cultural institutions around the world to engage with youth, who are able to “learn by playing.” The overall event received 1.8 million engagements, 4.4 thousand hashtag mentions, and a potential reach of eight billion people in total.

Earlier this year, we adopted “togetherness” as the encompassing theme for #MuseumWeek 2020. This has become even more relevant of a theme than we anticipated. Coming together is the only way that humanity can face the challenges of the twenty-first century. The prosperity of our planet, our people, and our societies are all at stake. The health crisis linked to the coronavirus has reinforced our desire to promote this universal message, and to have #MuseumWeek be a support for confined populations and for those fighting against this disease. We want to highlight the power of culture, art, and the institutions that support them and their unique ability to bring us together. They allow us to create bonds, to give meaning to our lives, and to carry out our highest aspirations. They allow us to deepen our understanding of who we are and where we are going, and they are a foundation to our global society. Culture and art are what mark our humanity, and we must cherish and celebrate them.

For these reasons, we will celebrate the workers facing on the crisis with #heroesMW on Monday, May 11, have a #CultureInQuarantineMW day inspired by the Getty Museum initiative #ArtInQuarantine on Tuesday, continue with the flagship theme #togetherMW on Wednesday, and then use #MuseumMomentsMW to recall memories on Thursday. Friday will be devoted to climate change with #climateMW, and Saturday to technology that allows museums to extend their raison d’être on digital platforms with  #technologyMW. The week will finish on Sunday with a day devoted to dreams and hope, with #dreamsMW. The whole program can be found here.

We challenge you to recreate a work of art with objects (and people) in your home.

? Choose your favorite artwork
? Find three things lying around your house⠀
? Recreate the artwork with those items

2020 will also be stamped by the online launch of MuseumWeek Magazine, an international publication dedicated to the people and entities that make each culture and its history beautiful. The magazine gives artists and professionals in the cultural sector a dedicated space to share their museums and art. It provides the important opportunity, in this period of world emergency, to understand how individual museums and artists are dealing with the situation professionally.

In past years, Fondation Chanel, The New York Times, and UNESCO have supported #MuseumWeek, and last year we also partnered with IBRAM (the official network of Brazilian museums), the Wikimedia Foundation, a French TV channel called Museum, and the museum app CloudGuide. For this year, UNESCO, Europa Nostra, Buffer, and TalkWalker are confirmed, and we are available to welcome new partnership opportunities from all over the world with organizations that believe in the values of promoting culture over the Internet.

We are experiencing a very delicate historical moment—one likely to bring lasting political, social, and cultural change—in which each person is rediscovering the meaning of human relationships and learning how social networks can be used conciously to maintain them. We must use this as an opportunity to reflect, improve, and start again better than before. So why not invest your time online in learning and sharing culture? #MuseumWeek is an important opportunity for anyone who wants to join an unprecedented media movement, where a hashtag is a connection point to keep curiosity alive.

Benjamin Benita is the founder and coordinator of Culture For Causes Network and #MuseumWeek, former UNESCO staff, former museum staff, and a digital media expert in cultural institutions.

Fabio Pariante is a journalist, Editorial Chief of #MuseumWeek Magazine, and a #MuseumWeek Representative for Italy.