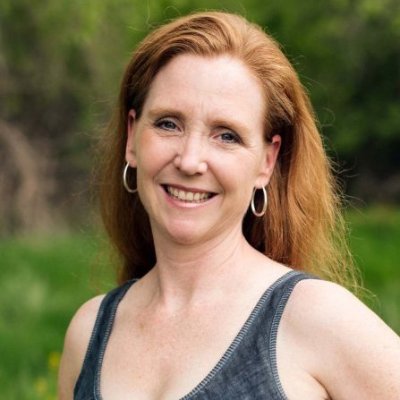 A tension often exists between the law and the ethics of collecting cultural property, and nowhere is that more apparent than in museums today. Museums are coming under increasing scrutiny, both for their leadership choices and for issues of provenance. Perhaps due to this increased focus on social justice and accountability, museum patrons are now asking more questions about where objects came from and how they came into the possession of a given collection.

Collecting and displaying cultural property is a sensitive topic: Who controls culture, and who (if anyone) should have a special claim to cultural objects? Does it matter whether the objects have been out of their original contexts for many years? What if they were acquired in good faith and with reasonable due diligence? And what happens if they’ve been in the public sphere for so long that they seem to “belong” to the public?

As platforms for displaying humankind’s creativity and venues for public dialogue among cultures, museums are no strangers to ownership scandals and disputes. Indeed, museums play a unique role in defining the legal and ethical landscape of collecting and displaying cultural property; therefore, it is not surprising that museums frequently become unwitting battlefields upon which legal and moral controversies concerning ownership are fought.

Understanding the contours of these disputes can help museums minimize risks and encourage more careful thought about their future legacies. AAM and the Association of Art Museum Directors issue ethical and professional guidelines to help museums navigate these potentially treacherous waters. (See Resources on p. 34.)

So what do museums need to know as they house, preserve, display, and interpret cultural property today? The following, discussed further in this article, scratch the surface of this topic.

Many museums are aware of the challenges in displaying global art treasures, especially when they are ancient, archaeologically significant, and have special national, cultural, or ethnographic ties with particular places or peoples. Accordingly, museums should be generally familiar with source nations’ efforts to regulate trade and prevent looting, efforts that have produced a proliferation of national cultural heritage laws and international treaties aimed at protecting the movement and marketing of antiquities.

While 1970, the year of the UNESCO Convention on the Means of Prohibiting and Preventing the Illicit Import, Export and Transfer of Ownership of Cultural Property, is generally recognized as the benchmark date for museums acquiring antiquities (an ethical and moral standard first proposed by Association of Art Museum Directors guidelines), museums should know that an object’s pre-1970 provenance does not necessarily fully insulate the museum from claims. This is a museum guideline and not embodied in law.

While countries give some respect to the 1970 date, those with patrimony laws pre-dating 1970 may still make claims if they believe that a given artifact was found, or originated, within the modern-day boundaries of their country during a time when local law created ownership rights in the country.

In recent years, a proliferation of reports, national task forces, and international commissions have offered advice on the repatriation of artifacts to tribes and former colonies in Asia, Africa, and the Americas. These initiatives have coincided with, or perhaps accompanied, a rising number of claims—some based on law, but most largely based on morals or ethics—related to the display, conservation, and storage of objects that have been removed from their tribes or countries of origin.

Particularly in the aftermath of France’s ambitious 2018 report The Restitution of African Cultural Heritage: Toward a New Relational Ethics, public outcry over the hundreds of thousands of objects with a colonial-era acquisition in the provenance has reached a fever pitch, with patrons and disgruntled social media users continuously demanding that museums return or retain such objects. Thus, as with antiquities, museums are receiving claims to tribal and colonial-era objects that appear to have been legally removed, gifted, or otherwise are not subject to restrictions and have been in the museum’s collection for decades or more.

European museums, particularly those in France, Germany, and the Netherlands, are leading the way in establishing conditions and guidelines for considering the return, permanently or on loan, of objects from public collections. The British government recently announced that it was looking to hire an expert to direct its colonial repatriation efforts.

The status of tribal and colonial-era objects is up for reconsideration in the US as well. The proposed Safeguard Tribal Objects of Patrimony (STOP) Act in Congress seeks to expand protection for sacred or culturally significant objects claimed by Native American tribes and other Indigenous peoples. And the Association of Art Museum Directors has announced plans to create a task force to consider these problems. Given recent proposals to shift the burden of proof regarding legal ownership to current possessors, these new guidelines and standards may open the door for a large wave of repatriation requests.

Ownership disputes concerning Holocaust-era art are nothing new for US museums, and they receive frequent attention in the press and Hollywood. However, recent developments in Nazi-looted art litigation are setting important precedents that will greatly impact museums currently in possession of artworks that may be subject to claims by heirs of Holocaust victims.

The Holocaust Expropriated Art Recovery (HEAR) Act of 2016 provides a six-year statute of limitations (SOL) for Nazi-looted art claims. One either has six years from the passage of the HEAR Act for already-known claims, or prospectively a six-year SOL for as-yet unknown claims (the clock starts to run when the claimant has actual knowledge of the location and identity of the artwork or knowledge of the claimant’s possessory interest in the artwork). This supersedes state laws on SOLs, which were usually only two to three years for these kinds of claims.

A key issue for courts analyzing Nazi-looted art cases is whether, and to what extent, art transfers during the Nazi era were the result of legally cognizable duress. Some courts, such as the New York state court in Reif v. Nagy, have embraced an expanded concept of duress. In this case, the court found that the transfer of an art collection pursuant to a power of attorney executed in a concentration camp was the product of duress. However, recent cases in New York federal court, such as the trial court in Zuckerman v. Metropolitan Museum of Art, have taken a narrower view, setting a higher standard for undoing a wartime transaction based on a claim of duress.

The disparate results of such recent cases make clear that disputes about what constitutes duress resulting in a “forced” sale, particularly when considering transactions that occurred outside the Third Reich, will continue to be hotly litigated in the foreseeable future—with unpredictable results.

Focus on Due Diligence

In today’s digital world, it is easy for outsiders to identify ownership issues and then make claims that are well-founded—or not. Therefore, museums need to stay ahead of any potential problems by exercising as much ongoing due diligence as possible, not only with future acquisitions and loans, but also for objects already in their collections.

Research object histories as fully as possible, check lost art databases, consider who sold or donated objects to the museum, learn about the individuals or institutions listed in an object’s provenance, and investigate the nature of those transactions to the extent possible. For objects originating outside the US, review import and export certificates and verify their accuracy.

Remember that due diligence is specific to each object, so a one-size-fits-all approach is unlikely to succeed. Museums cannot simply depend on publicly available information and should reach out to dealers, donors, and other links in an object’s provenance chain.

Donor questionnaires can minimize risk and ensure that donations meet your museum’s acquisition guidelines. These questionnaires inquire about an object’s provenance: “How and when did you acquire the object?” They may prompt donors to provide copies of related documentation for an object, such as an invoice, exhibition catalogue, or other materials that can help museum staff complete further research.

If paperwork is missing from the time of acquisition, act immediately. The longer one waits, the harder it will be to get the necessary documentation. Early diligence will offer museums more options and can save expense and stress if issues are uncovered and dealt with proactively—before someone makes a claim. Detailed and transparent provenance research will also enhance your museum’s reputation and add value to the works in your collection.

Even when objects have been in museums for decades or longer and seem to have no red flags on ownership, the public is increasingly demanding transparency regarding objects’ origins and manner of acquisition. Museum-goers may become suspicious when museum labels or websites fail to include provenance information.

If your museum spots a potential issue with an object in its collection, do not assume that the museum will lose the piece or that outsiders will view your museum as “bad” or “caught in the act.” Consider this a starting point for conversations with other museums, collectors, source countries, or cultural groups that will open the door for future opportunities with loans and other kinds of educational exchanges for your museum.

If your museum receives a complaint about an object, thoroughly investigate the claim and verify the object’s provenance information. Regardless of your museum’s view of the claim’s strength, seek legal guidance in responding to it; even challenges with little legal merit can be very difficult, expensive, and time-consuming to defend.

Remember that these are often emotional issues, and, frequently, strong feelings of social justice are at play. Rather than thinking about how to slice the pie, think about creative solutions to make the pie bigger.

“European museums, particularly those in France, Germany, and the Netherlands, are leading the way in establishing conditions and guidelines for considering the return, permanently or on loan, of objects from public collections.”

Guidelines on the Acquisition of Archaeological Material and Ancient Art
aamd.org/sites/default/files/document/AAMD%20Guidelines%202013.pdf

Suzanne Hale is registrar/collections manager at the Gregory Allicar Museum of Art, Colorado State University. She thanks Dr. Jennifer A. Morris, attorney at Cultural Heritage Partners, PLLC, a global law and policy firm that serves clients who seek to preserve and share history and culture, for her assistance with this article. This article does not, and is not intended to, constitute legal advice. Any opinions expressed in this article do not necessarily reflect the views of Hale or Morris or any of the organizations they are affiliated with.

The UniDescription Project Breaks Down Common Barriers to Media Accessibility

Children’s Museology and the COVID-19 Crisis