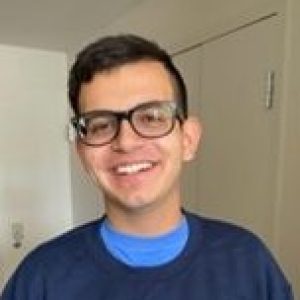 Technically speaking, Generation Z refers to those of us born between the late 1990s and early 2010s, but the term comes with a lot of extra ideas and stereotypes. Some call us “Generation Disaster,” some define us as “not old enough to remember 9/11,” and some claim we’re obsessed with smartphones. However we’re defined, Gen Z makes up more than 20 percent of the U.S. population—and we’re here to stay! This is a generational wave that will change the way corporations, media, and institutions serve the public.

As a member of Gen Z and a summer intern with Made By Us at the Smithsonian’s National Museum of American History, I see cultural organizations as a fundamental tool in increasing my generation’s civic education and enrichment. But reaching them requires trying some new things. To inspire us all, I’ve gathered some of my favorite ideas for engagement and connection.

In 2016, Boston’s Museum of Science began offering a free-admission College Night to enable students to discover arts, music, and science shows, with highlights including a Prince-themed spinning galaxy dubbed SubSpace: Prince. Polled about why they attended the events, some responded that they went “for fun,” some for the “scholarship,” some to “destress,” and others simply because the event was free, new, and something intriguing to do. Replicating free, easily accessible college nights in museums across the country would surely increase turnout, especially among Zers, many of whom are penny-pinching or living on a tight budget.

Gen Z and social media: The two seem inseparable. On average, millennial and Gen Z internet users have more than nine social media accounts each. This is especially useful for museums to consider when promoting a new exhibit, initiative, or event. Take the Los Angeles County Museum of Art, for instance, which started posting #DogsofLACMA to highlight visitors’ dogs at the museum. Come for the dogs, stay for the colorful posts about exhibitions! Another example is the Brooklyn Museum, which released its own app enabling exhibition guests to text or call museum staff in real time to ask questions, discuss concerns, and spot issues. The museum reports that text chats are an average of thirteen messages long.

A post shared by LA County Museum of Art (@lacma)

Interactive, interactive, interactive! Did I mention interactive? Museums often emphasize hands-on, playful experiences for young children, but perhaps they should consider them more often for all audiences, especially young adults. The soon-to-open Telfair Children’s Art Museum in Savannah, Georgia, for instance, will feature a digital wall, a sensory playboat, a manicured flower garden, and playable musical instruments. But why should children have all the fun?

Interactive doesn’t have to mean digital, either. Recently, the Jamestown-Yorktown Foundation held a Drag Trivia event during Civic Season which drew new audiences to interact with each other and the organization. Similarly, Missouri History Museum hosted a Juneteenth Community Bike Ride featuring activities, music, and history lessons. Overall, if Gen Z attendees can physically touch and interact with knowledge they are receiving, they are more likely to cherish it.

Using speakers as primary sources is a key aspect to attract not only Generation Z, but all audiences. If museums can maximize panels and speeches in personal settings, visitors can literally hear firsthand the experiences they are absorbing through exhibitions. London’s National Archives Museum is known for this. Back in 2018, they brought World War I veterans aged 101-110 together to pass on stories and lessons to a younger audience, which they dubbed their Spanning the Years Project. Other notable examples include Cincinnati Museum Center hosting live Twitch streamers in the galleries and the Birmingham Civil Rights Institute streaming a live Facebook conversation to debrief the trial of Derek Chauvin—timely and relevant.

Thank you for an absolute SLAPPER of a unique stream. Exploring an entire museum to ourselves was so surreal and wild.

Thanks so much for coming along for the ride!

I’ll be editing down the vod for later for those who missed it 👀 pic.twitter.com/We1WR4gSXk

5. Invite Them to Join the Collection

Permitting audiences to collect and easily submit data to museums is a crucial way to increase engagement. Recently, the Imperial War Museums in England asked volunteers to collect information to contribute to the War Memorials Register, whether familial documents, pictures, correspondence, or etc. History Cambridge allowed members of the public to donate butterflies for friends and family who passed due to COVID-19. And the Museum of Chinese in America allows visitors to submit stories, videos, images, conversations, art, music, and more documenting racism against AAPIs. This all has the logical effect of bringing the public closer to the exhibit-creating process, and to the exhibits themselves. More community interest then translates to more attendance.

Have you tried any of these or seen efforts that engage Gen Z? Let us know in the comments or tag @historymadebyus.

Niko Kluver is an intern with the Smithsonian’s National Museum of American History and Made By Us. Hailing from South Florida, he is a rising sophomore majoring in Political Science and minoring in Law & Society at George Washington University.