This is part two in a series of short essays exploring the basics of Futures Studies and how they can be applied to the museum field. Read part one here.

Studying the future isn’t all that different from studying history. We start with what we know (the present), and things get increasingly uncertain as we move forward or back in time. Historians study traces of the past through written records, oral tradition and physical evidence. It may seem they have more to work from than futurists, but they have no way to know for certain if they get it right, since there’s no way to visit the past. Futurists, on the other hand, must use their intuition and reasoning to imagine where the forces that shape our path will take us, but have the advantage that they will, eventually, get to test their “imagined futures” against reality.

The farther we look forward from the present moment, the more things have the potential to change. Absent a sudden, cataclysmic event (for example, an earthquake or a terrorist attack) tomorrow will probably be pretty much like today. Ten, twenty, thirty years out, however, events will have diverged far more. We can imagine potential futures as a cone radiating out from the present. 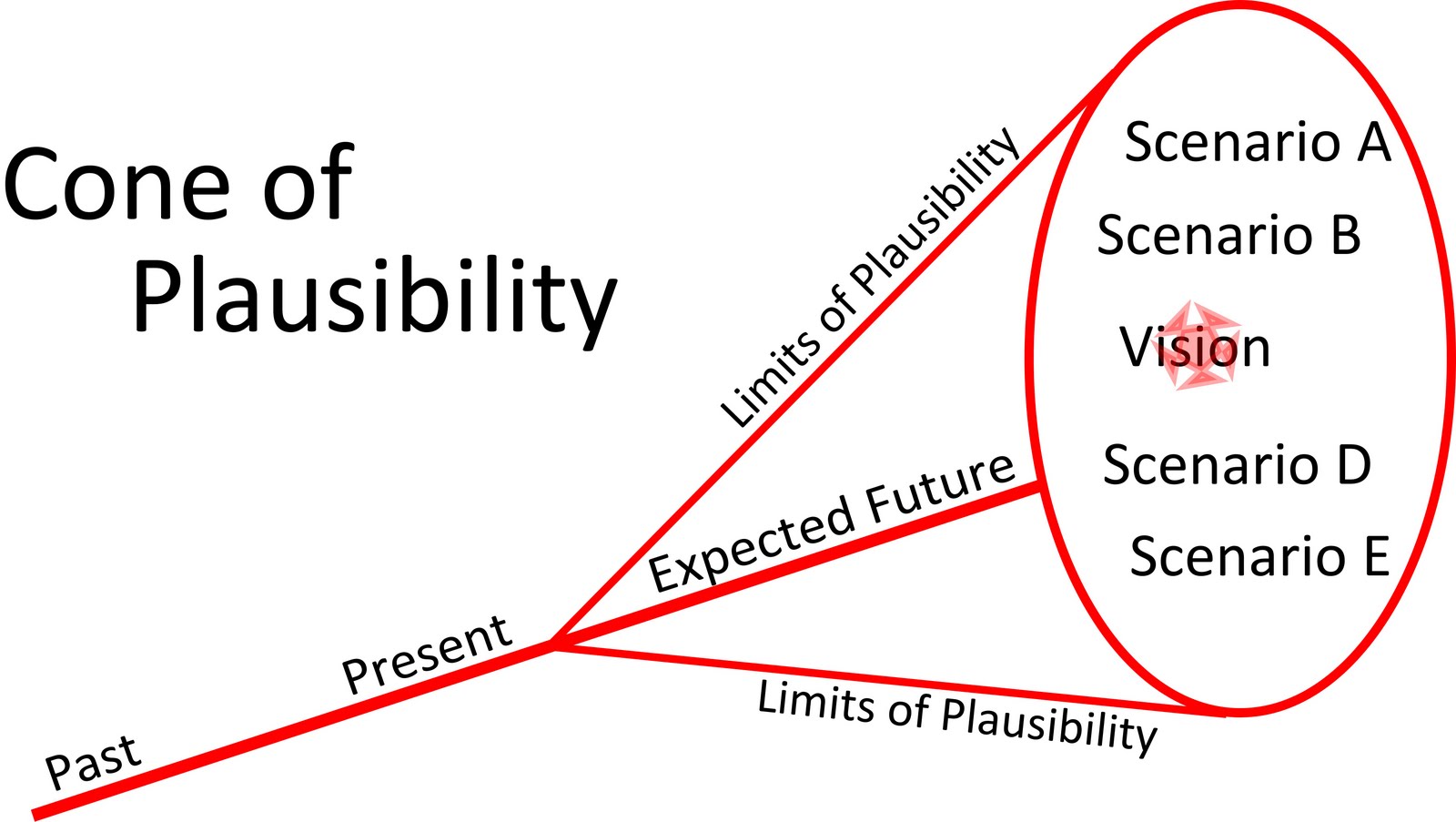 This “cone of plausibility” defines futures that might reasonably occur. The edges of the cone are defined by the limits of plausibility. Functional teleportation within the next fifty years is probably a non-starter, for example. However, 3-D printers that recreate objects from digital data already exist, and could become the functional equivalent of teleportation for objects in the near future. (For an example of how this could affect museum futures, read this scenario.) Immortality is probably not in the cards, but extension of healthy lifespan by ten or twenty years might well be.

This is the realm of foresight: what are these possible futures? What factors would bring any given one into being and how can we spot those factors early on? Where in the cone is our preferred future, the one we consciously choose, and how do we make it our destination?

CFM offers Future Studies 101 seminars and workshops, in which participants explore potential futures in the cone of plausibility, and envision their own preferred futures. One such workshop will be held on Sunday, May 22, 2011 at the AAM annual meeting in Houston. If you are interested in our giving a workshop at your organization, conference or event, contact futureofmuseums@aam-us.org.