This article originally appeared in the January/February 2013 edition of the Museum magazine.

Phil Hardberger has devoted his life to serving his community, his state, and his country. An attorney, Hardberger was mayor of San Antonio from 2005-2009 and left office (due to term limits) with an 86 percent approval rating. Prior to his term as mayor, he served nine years as a justice on the Texas Fourth District Court of Appeals, including six years as chief justice. His career in public service began as special assistant to Sargent Shriver at the Office of Economic Opportunity in President Lyndon Johnson’s administration, a role he assumed after serving as a jet pilot in the U.S. Air Force.

Hardberger championed numerous quality-of-life initiatives for San Antonio while serving as mayor, including a massive extension of the city’s famed River Walk-a network of walkways on the San Antonio River lined with dining, shopping and cultural attractions.

Museum was inspired to interview Hardberger after Alliance President Ford W. Bell heard his keynote address at the Texas Association of Museums meeting last spring. Hardberger clearly understands the value of cultural institutions and what they bring to civic life. We can all learn from his advocacy efforts at all levels of government.

Judge Hardberger, you are one of the more enlightened elected officials and civic leaders that we have encountered in recent years. Was there something in your upbringing, in your childhood, in your education that provided the revelation that museums and cultural organizations are good for a community?

I grew up in a small town in West Texas where we didn’t have access to any museums or libraries. I did my undergraduate work at Baylor, and the city of Waco had a great library that I always enjoyed and remember very fondly. It was right downtown, in an old mansion. There were a few smaller museums that I went to. But when I really started realizing the educational benefits for myself-at this time I wasn’t thinking in civic terms-is when I got a master’s at Columbia University, and then had access to all of the great museums there in New York. It was an integral part of my education. I took some art history correspondence courses from the Metropolitan Museum of Art. I was just amazed at what good instructional values that particular museum had. The dozens of museums there, well, I used to go to just about all of them. I got about as much education from those museums as I did from Columbia. So, as educational facilities, and very exciting ones at that, museums and libraries and the like are really terrific in continuing your education. They certainly did for me.

Given your professional experience in public life, do you see museums as a worthwhile public investment?

I absolutely do, and I have had personal experience with that. One of the mayor’s jobs is to try to attract business to San Antonio. I developed a new appreciation for what executives look for when you’re trying to get them to move their national headquarters to your city. Of course, they’re interested in the financial advantages. But they have a great interest in the cultural and educational facilities in the community. At first that kind of surprised me, but it became such a common question. I came to realize that while a CEO can move his company to a different place, his employees are not indentured servants, so they don’t necessarily come. Employees are going to want to come to a city that has something to offer them other than the expense and the inconvenience of moving to another place. So the CEO can move, but the employees are not necessarily going to follow unless the city has something to offer. In that sense, I think museums are a major source of enticement for new business coming to the city. Of course, other civic improvements that you can make such as the River Walk-help, too. But those can work and should work, in concert with each other.

In your talk to the Texas Association of Museums, you said that museums were an adult’s best educational resource. Can you expand on that a bit?

That’s right. So it began with me. I learned so much through museums through the years that it has been equivalent to another graduate degree. Whatever town I go to, I always try to go to as many museums as my time allows. One problem we have in our educational system throughout the United States is that most people’s education almost comes to a total stop when they finish either high school or college. They’re “educated.” The process of education should continue to the last day of your life. It is such a wonderful thing to enjoy the beauty and the interest of going into a museum-it’s a tutorial within itself. It’s a very pleasant tutorial because just walking into a museum, no matter what kind it is awakens your pleasure zones. You have moved into a place where you can divorce yourself from all the things you’re worrying about and actually devote yourself to the sheer joy of education.

When you first proposed as mayor of San Antonio the River Walk project, you met quite a bit of resistance, right?

I did because it was a very expensive proposition. It was also just big. And San Antonio in many ways is a conservative town. It’s old-almost 300 years old. The original two miles of River Walk were done back in the time of the Work Projects Administration in the 1930s, under President Franklin Roosevelt. It was for beauty and entertainment. It had been extremely successful, but nobody wanted to pay money out of their own pockets to develop the full 13 miles of the river that run through the city. So when you started talking about, as I did, developing the whole 13 miles, people looked at you like you had said you were going to build the pyramids. It was just an astonishingly big job. My feeling was (and this is very much the same with museums) that [this is] money well invested. Any time you cultivate beauty and create beauty, it’s good for your soul-but it’s also a financial advantage to the city. Beautiful cities are the cities that get ahead. I assumed it will cost millions. And it has. But I said it will return billions.

With those financial arguments coming back at you, what helped you make your case? Did you have research that you were able to point to? We cite a U.S. Conference of Mayors study from a few years ago that said every $1 in taxes invested in cultural organizations returns $7 into the city coffers. How did you overcome resistance?

I did not do it the scientific way, though I am familiar with the statistics and probably have quoted them. I did not go out and commission an expensive study about what the effect might be. We had done those over the years. I just sold it politically, honestly, through advocacy. Of course, I wasn’t alone. A lot of people saw immediately that this could be a considerable economic tool. And while there were some naysayers on that, we were able to sell it through advocacy and people’s experience of how successful the two [existing] miles were already.

The entire river is not yet developed, but it has already received great acclaim, correct?

It is not done. The northern portion is finished; that’s where the museums are. About six miles out of the 13 are totally finished. We opened that part in May 2009, on my last day as mayor. The city leaders rode these flower-laden floats down the river. On the banks were 200,000 people cheering us on. It was one of the highlights of my life, just to see that. But it also showed how excited your everyday citizen was.

Has it been helpful to have museums as the anchor?

I had noticed when I was in Chicago a few years ago that all the citizens I met said, “Have you seen Millennium Park? Have you seen our museums? Let me take you down and show you, Millennium Park.” I was very impressed with the sense of civic pride in Chicago. It stayed with me. And when I became mayor, I thought about those things. There is a real politics to it, what I call the politics of beauty. We all seek beauty in our lives. We seek it in our mates. We seek it in our houses. We seek it in our clothes. We seek it in our plants and things that we grow. So, when you have these museums and things that bring this beauty, this harmony into your life, it makes you a more complete person. And making you a more complete person makes you a happier person. That’s a good thing for a politician to have a happy city.

In these hard times, with so many municipalities and states facing really tough budget decisions, what advice would you provide a mayor who wants to go ahead with a major cultural or civic improvement project such as you did?

My advice would be to think big and go ahead and do it. It is in tough times that you need something to give people hope and happiness. They may not have it in their own personal lives because they’re broke or don’t have a job. There are many demands, always, on a city and its needs. You have naysayers who, for instance, will say that we ought to be spending this on the streets. My answer to that is having better streets is not going to put any happiness in your life. Those infrastructure needs are always going to be there. Somebody once said nobody goes to San Francisco to see their streets. When somebody told me that, I thought, yeah, that’s it. That’s what I’m talking about. 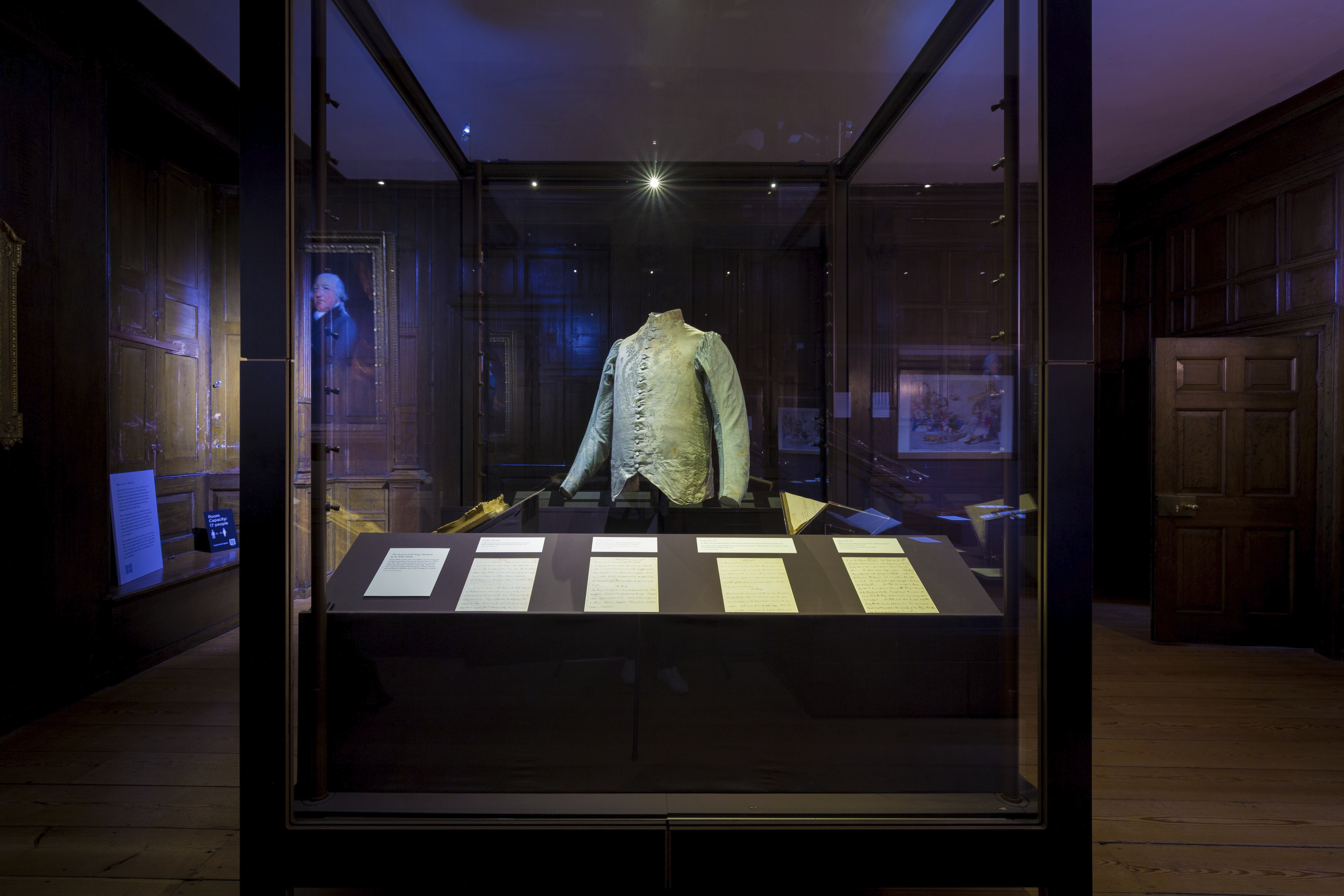