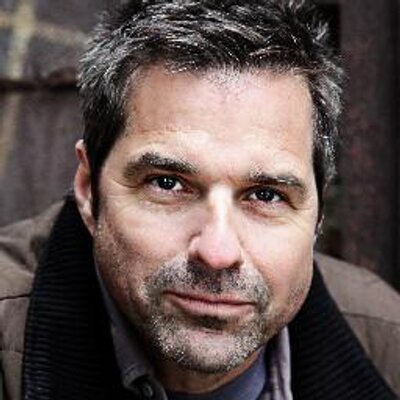 This article originally appeared in the 2013 September/October 2013 edition of the Museum magazine.

Don Wildman, host of the hugely popular Travel Channel series, Mysteries at the Museum, came to the Alliance Annual Meeting & Museum Expo in Baltimore this year to lead a session about what he and the series producers look for when they develop each show. The session was a success. So as the series enters its fifth season this fall, we asked Wildman to re-create the core of his presentation for Museum readers.

I’M IN QUEENS, NEW YORK, on the set of Mysteries at the Museum, awaiting my cue to walk towards the camera and speak my lines. I do a lot of this as a television host-waiting. As “talent,” I’m just another cog in the gears of a large operation with many moving parts. Camera, lights, props, video, sound, make-up. If I’ve learned anything after 25 years in this business, it’s when to be quiet and wait my turn. Besides, it always gives me the chance to think. I like to think that’s why I like this show.

Travel Channel’s Mysteries at the Museum is a rare commodity on television. It’s an hour-long series in primetime that tells the tales behind historical artifacts found in American museums. It features curators and other experts relaying the facts and intrigues that make their particular artifacts so unique and remarkable. With each episode comprising six segments and each segment covering a different artifact-the show hopscotches through history in a fun, eclectic, easy-to-take education on what makes America perpetually fascinating and our museums so full of mystery.

This is a dream job for me. Born in Philadelphia, I was raised by World War II-era parents whose idea of a good time was to stuff their kids into the camper and drive to every battlefield, memorial and monument up and down the eastern seaboard. My dad’s educational career began as a history teacher, so our living room shelves were crammed with biographies of everyone from Caesar to Wellington to Roosevelt. At dinner, my sisters and I were expected to discuss current events, and if we looped them into the greater context of history, big points. It was my parents’ mission to instill in their children an appreciation of their past as essential to understanding their present.

Philadelphia was the perfect training ground. You can hardly turn a corner in that city without walking smack into some significant moment from our nation’s heritage. The place is steeped in what went before, from Betsy Ross to Billy Penn to the Liberty Bell; you’ve practically force-fed the stuff. School trips? A litany of some of the world’s great cultural institutions: the Academy of Natural Sciences, The Franklin Institute, the Philadelphia Museum of Art, to name but a few. I was a Philly kid who fell in love with museums.

So imagine my delight when, several decades later, I was tapped to host a show about museums. Perfect casting? I
dare say. Interestingly, though, when I learned of my new gig I was already the host of another show called Off Limits. This was an urban exploration show about society’s “danger zones;’ the scary underbelly of our nation’s infrastructure (all too often, disgusting sewer pipes). I was the dirty action-adventurer bringing ideas to life by risking my own! How, then, was I suddenly to transform into the proper host of a respectable museum show? Well, it wasn’t much of a stretch.

We just ferried me over as the same guy in the same clothes with the same three days’ beard. Only now, instead of exploring abandoned factories and nuclear missile silos, I’d be crawling through dark, dusty archives, shining my flashlight into smudgy display cases and cobwebbed shipping crates. It was all an illusion, of course, but an effective one. The audience engaged, ratings climbed and the series is now about to debut its fifth season.

So, let’s see: that’s five seasons of Mysteries at the Museum, at 13 episodes each, every episode has six segments … that’s 390 mysteries so far! How did this ever get done? Well, as you know, the United States is a museum mother lode, with more than 17,500 institutions within our borders, estimated to contain about a billion objects. Nonetheless, finding the right artifact for our show is really about finding the right story, and Travel Channel is extremely choosy about the subjects and characters we cover. They take a pass on the vast majority of stories pitched. Every show must be a delicate balance of social history, science, crime, the military, engineering, the supernatural and (sometimes) sports. But if it happened in America and there’s an object in a museum that represents it, we’re interested. Then the questions begin: Is there a mystery? Is it compelling enough? Is there a “take-away?” Do we care about the characters involved? Is there a decent twist at the end? What makes the audience say “huh!”? It’s the last question that has more to do with the show’s success than even the host and how he finally speaks his lines. The segment has to reveal a lesson about history in a way that seems relevant to a modern television audience-and that’s way harder than it seems.

Of course, those are some of the same questions museum professionals must ask every time they develop an exhibition. It was this parallel that drew me to the 2013 Alliance Annual Meeting in Baltimore this past May to speak about our show. My talk was simple and intimate, but I had an important message to deliver. I was like a visitor from another planet-the planet of commercial television-and television suddenly loves museums. I ventured that many museum folks may not know this since they might not watch much television. But at our show, we want to hear about the little-known stories behind those objects you carefully and diligently collect, catalog, interpret and exhibit.

In the TV business, one success breeds many copies. Travel Channel itself recently launched a spin-off series, Monumental Mysteries, in which I uncover the intrigues, triumphs, and disasters linked to our nation’s monuments. These two shows are only the first of many to come, and if curators and public relations staffers are smart they’ll sow the ground for a bumper crop of “museum television”-and prepare to reap the harvest.

Presented by: AAM's Committee on Audience Research and Evaluation
View All Events