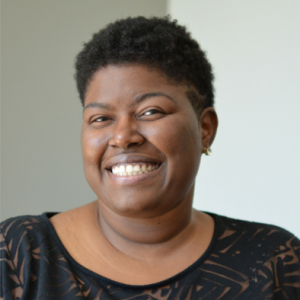 This article originally appeared in the January/February 2016 edition of the Museum magazine.

Museums serve as places of collaboration, education, and reflection. They exist in stunning variety, from institutions with collections of living species to those whose holdings are predominantly virtual. With their broad array of content, forms, and missions, museums represent some of the greatest diversity among all contemporary institutions. New ones continue to emerge to meet the needs and interests of our country’s ever-changing populace. This variety largely sustains the relevancy of the field. It ensures that the objects and ideas we value—as rare, instructive or cautionary— will remain part of our shared cultural heritage. It makes sense, then, that diversity should be an important consideration within our field.

But diversity as a buzzword alone misses the point. A commitment to diversity mandates the hard work of honestly evaluating our hiring practices. It calls us to ensure that our compensation policies are equitable and clear and that pathways to leadership in the field are made accessible.

At last year’s annual meeting, a group of activist-minded museum workers organized a rogue session to consider how museums might “turn the social justice lens inward.” This movement, Museum Workers Speak (#MuseumWorkersSpeak), advocates for critical reflection, organization, and action around museum employment and fair labor practices. I share the concerns raised by #MuseumWorkersSpeak, my fellow contributors to this issue of Museum and many, many others about the future of our field as an equitable institution. I want to ensure that museum work remains attainable for qualified people with a range of life experiences and backgrounds. As we equip our museums to be sustainable and responsive for the 21st century, we must also make certain that they are inclusive workplaces.

Barriers to diversity exist at many points in the pipeline to museum employment. Chief among these are high student debt as a prerequisite of entry into the field, the prevalence of unpaid and underpaid work and a hiring process in which homogenous groups replicate themselves. By addressing these issues, museums can position themselves to engage and attract professionals that reflect the breadth of our rapidly diversifying society.

What is Diversity, Anyway?

In her keynote speech at the 2015 AAM Annual Meeting (page 26), Johnnetta Betsch Cole reminded us of the complexities of diversity. She asserted that our diversity efforts should honor the experiences of people “whose primary identity is based on their race, ethnicity, gender, sexual orientation, age, religion, nationality, class, physical abilities, and disabilities.” We should also acknowledge, she noted, that our identities are often overlapping and numerous.

Without that acknowledgment, we risk flattening worlds of human difference and diminishing our effectiveness. We risk turning the potentially productive language of diversity into mere tokenism and jargon. Anna Holmes, founding editor of the blog Jezebel, warned against this watering-down of the word diversity in a recent New York Times Magazine article. “When the word is proudly invoked in a corporate context,” she wrote, “it acquires a certain sheen.” Holmes observed that “[it’s] almost as if cheerfully and frequently uttering the word ‘diversity’ is the equivalent of doing the work of actually making it a reality.” Taken together with Cole’s charge, Holmes’s critique is helpful for avoiding the pitfalls of current “diversity-speak.” Diversity without sustained action is moot.

Increasingly, the path toward a museum career requires earning a graduate degree in museum studies. These programs can carry price tags totaling tens of thousands of dollars beyond the cost of undergraduate education. Young people with significant undergraduate student loan debt may be reluctant to borrow further against their futures to secure an advanced degree— especially in a field where expected incomes barely cover the costs of repayment.

This scenario is not simply hypothetical. The Center for the Future of Museums (CFM) has reported that 80 percent of students in museum studies programs are female and 80 percent of them are white. The data reveal that museum studies graduate programs tend to attract people who can afford either to carry sizeable amounts of student debt or to finance a good portion of the cost through independent resources. First-generation college students, students from rural and urban impoverished communities and students who are working parents may not be able to do either.

The prevalence of this debt limits job seekers’ access to the credentials that would make them competitive in the current job market. If the cost of admission to the field remains out of reach for workers who aren’t overwhelmingly white and female, then diversity becomes an empty goal.

The prevalence of unpaid work—and work paying less than a living wage—in the field also affects museums’ ability to attract professionals who don’t have access to financial reserves. Elizabeth Merritt’s article (page 46) offers an in-depth look at this dynamic. Tweets from the #MuseumWorkersSpeak April 2015 meeting also provide a snapshot of the conversation on diversity, inclusion, and employment:

“I see a brain-drain due to talented people who can’t afford to work in museums and leave the field.”

“If ‘entry level museum wage’ [equals] $0 (ie. unpaid I’ship) then the next wage up the ladder doesn’t need to be much bigger […] therefore unpaid internships affect the WHOLE museum pay scale”

The refrain in these statements is powerfully clear: The current trend of the obligatory unpaid museum internship makes the pathway to museum employment less accessible for workers without means. In the words of Michelle Millar Fisher, researcher and former manager of the Guggenheim’s internship program, in her November 2015 guest post on the Museum 2.0 blog, “If you’re reading this at work, you’re probably reading it within ten feet of an unpaid intern.” Fisher wrote that young people entering the field are part of what the Economist has termed “the internship generation”; they navigate a market that increasingly demands free labor in exchange for professional credentials.

Indeed, internships offer valuable training, experience and networking opportunities to new professionals. But when internships don’t provide stipends, they open the door to employee exploitation and indirectly privilege those who can afford to work for free. When unpaid labor becomes the hallmark of an employment pipeline, access to that pipeline is limited to those who can afford it.

Managers often hire people who are similar to themselves. The Cubiks consultancy’s International Survey on Job and Cultural Fit (2013) found that more than 80 percent of employers across the globe placed “cultural fit” at the top of their priority list when recruiting new hires. In a study of more than 120 employers, sociologist Lauren A. Rivera found that interviewers were largely drawn to people whose hobbies and histories mirrored their own. As she explained:

Bonding over rowing college crew, getting certified in scuba, sipping single-malt Scotches in the Highlands or dining at Michelin-starred restaurants was evidence of fit; sharing a love of teamwork or a passion for pleasing clients was not.

Rivera found that even when the companies she surveyed boasted demographic diversity, employees more often than not shared similar social and class backgrounds: People tend to live, work and play in the same circles and regions as their colleagues.

Indeed, hiring people who will fit naturally into the existing culture can create productive workplaces. Having teams of people who share core values can foster efficiency and collaboration. But the very concept of “fit” is vulnerable to unintentional forms of cultural bias, which erode opportunities for maintaining work environments in which people’s varied experiences and perspectives are applied toward a common goal. The benefits of cultural fit are fast eroded by the replication of sameness.

The implications for museums are significant: In order to increase our diversity, we must change how we approach the hiring process. We must make sure that “cultural fit” is not shorthand for “cultural homogeneity.” CFM is currently pioneering a FutureLab project to address precisely this issue. Working with tech firms GapJumpers and Textio, we are developing a pilot project that will use algorithms to mitigate unintended hiring bias. We will launch this work publicly in a session at the 2016 AAM Annual Meeting in Washington, D.C.

The task of encouraging diversity, while monumental, is not impossible. Programs such as the Andrew W. Mellon Undergraduate Curatorial Fellowship Program and the Center for Curatorial Leadership’s Diversity Mentoring Initiative allow a wide range of candidates to prepare for future curatorial careers. The Association of Art Museum Directors (AAMD) recently partnered with the United Negro College Fund to provide paid internships for more than a dozen college juniors interested in museum practice, an initiative supported by funding from AAMD members as well as the National Endowment for the Arts, the Henry Luce Foundation and the Samuel H. Kress Foundation. In 2014, the Minnesota Historical Society became the first museum in the country to have a department devoted to creating systematic change and inclusive institutions, called the Department of Diversity and Community Engagement (DICE). Founded and led by historian and museum outreach specialist Chris Taylor, DICE endeavors to create an intentional, integrated and comprehensive strategy for diversity and inclusion work at the museum and, ultimately, to aid the field at large.

Museums can help by extending their search for talent beyond the traditional academic sources. Hiring managers and human resources departments in general—can look to people with forms of expertise that are not typically associated with museum studies degrees. Community organizers, people with backgrounds in new media and STEAM (science, technology, engineering, arts, and math), cultural thought leaders and those skilled in multilingual communications can all bring innovative skills to museums.

The field also needs more data and stronger research on diversity and employment. The Andrew W. Mellon Foundation report on diversity in art museums has been a powerful tool for understanding the landscape. Its findings evidence what many nonwhite museum professionals have known anecdotally—namely,
that leadership among staff and boards remains largely devoid of people of color. With better research, we can better understand the labor in our museums, assess where improvement is needed and act to make the museums we want a reality.

Nicole Ivy, PhD. is a museum futurist at the Center for the Future of Museums and a public fellow of the American Council of Learned Societies.