I included an essay by David Callahan in last week’s edition of Dispatches from the Future of Museums because I was struck by his projections of how government budget cuts may promote the rise of “crisis philanthropy.”

Callahan’s essay was prompted by a recent article about $1 million in grants the Hartford Foundation for Public Giving allocated to Connecticut nonprofits to fill gaps left by state budget cuts. Unsurprisingly, the Hartford Foundation announced it will meet “critical needs like food and shelter” before funding farther up Maslow’s pyramid, including, of course, the arts.

That story from Connecticut illustrates the ripple effects from cuts in federal, state and local funding that may well prove to be structural and of long duration. As Callahan points out, the US isn’t in a recession, unemployment is under 5 percent, but the healthcare costs associated with an aging population, and the costs of pension obligations coming due are straining government resources. He feels we face a future in which government can neither provide basic care for vulnerable populations, nor respond to increasingly frequent crises caused by aging infrastructure, climate change, terrorism and global migration. As in Hartford, private philanthropists and foundations may redirect their giving to fill the gaps.

This would put even greater strain on museums’ traditional model of financial support. As local, state and federal support for arts and culture dropped over the past two decades, museums have relied on charitable giving to take up the slack. But museums (and arts & culture generally) already get a relatively small slice of the philanthropic pie. (Charitable giving to health and human services is four times bigger than donations to arts & culture.) If that slice gets even smaller, what do we turn to next? 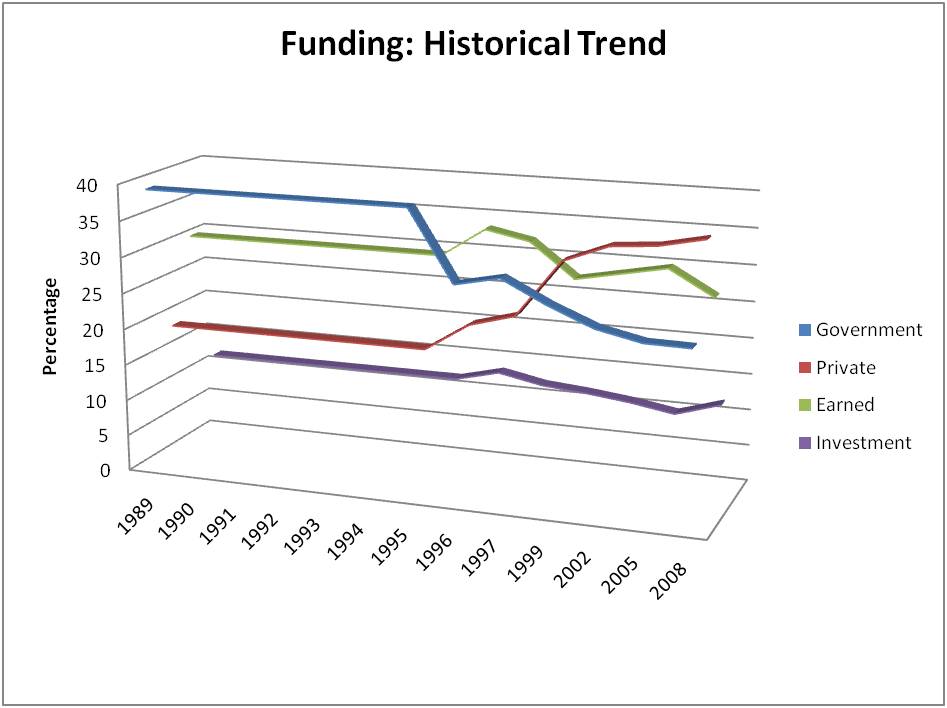 A rise in “crisis philanthropy” will make it more important than ever that museums play a significant role in education (which retains robust philanthropic support). And it means that museums that address basic challenges in their communities–homelessness, diabetes, obesity, food deserts–may be among the few that retain significant support from either government or foundations.

Monday musings are my way of sharing “brain blorts”: brief, off-the-cuff thoughts about something I have read (or in this case, heard) recently, both to help clarify my thinking an in the hopes of generating discussion and response. I give myself a few minutes to jot down a summary of the article(s) stuck in my brain, and outline why I think they may be important.