This article originally appeared in the November/December 2017 issue of Museum magazine.

As a funder, I know that cultural institutions are critical to the vitality of our communities. But in the past decade, the philanthropic sector has underappreciated the role museums have played in buffering our experience of economic transformation. While broader society is grappling with the effects of automation, machine learning, and artificial intelligence—and the resultant disarray of our human workforce—citizen artists and museum professionals have been quietly forging a new path. Learning from them will be essential to broader strategies for community vitality

For decades, cities focused their efforts on building amenities that would attract the so-called creative class to their communities, using that as a strategy for revitalization. But over the past decade, we’ve seen a shift in focus. Revitalization no longer depends on a certain “class” of people who are doing creative work. Rather, it hinges on everday people—folks who hadn’t considered themselves artists or storytellers before and are now becoming cultural producers. As machines complete more and more of their productive tasks, these are the folks who have surplus time for creative output.

How will museums respond? We are already seeing examples of museums serving as hubs for so-called New Creatives: people who had been in traditional jobs but are now redirecting to creative pursuits. For example, consider the community of Fresno, California. It used to be known for taking the leading spot in lists like “Top 10 US Cities with Jobs at Risk of Automation.” But recently, its community college has partnered with Art Fresno, allowing the college to use the museum as a site for rapidly retraining the workforce. In turn, the museum is leveraging community college instructors to help power its arts programming, as demand is far outpacing available staff time.

The good news in all of this? We are living in a Renaissance moment of sorts, with many more people practicing art of all forms and even forging new genres of artistic practice. We live in an art-rich environment today! The bad news? Museums that have recently gone through the laborious (and sometimes painful) process of deaccessioning, reshaping their collections to fit evolving missions, are now overwhelmed by a tidal wave of offers from artists and collectors wishing to donate new works. This rapid pace of acquisition is difficult to manage and requires new forms of gatekeeping for factors ranging from quality control to diverse representation and more.

The social safety net isn’t changing fast enough to support this volume of “citizen artists.” The Universal Basic Income Act of 2033 helped somewhat, but this attempt at providing unconditional support for all citizens is not adequate to support the growing self-employed creative class. In the meantime, people who make art their full-time occupation are having the same conversation that artists have been having for decades: how to get proper credit and payment for creative work.

The most hopeful model for cultural producers to be properly compensated in this economic environment builds on advances in licensing and ownership models for artworks and cultural artifacts. The shift began in the twenty-teens with the rise of blockchain technology—secure, encrypted, decentralized digital ledgers that track transactions. Museum professionals first became familiar with blockchain through the advent of tools for tracking the provenance of works of art.

Now, cultural producers are using these tools on the other side of the equation: to track the ownership and use of their output and protect their rights as creators. Some of the early players in this space—Ascribe, Artlery, Mycelia—are now well known. Cultural producers are leveraging the key properties of blockchain to create an immutable record of their creative role in a particular piece. Any exchange of the work is governed by so-called smart contracts—a type of legal agreement that is executed via computer code.

The breakthrough moment in artistic adoption of blockchain came in 2028 when Los Angeles-based singer-songwriter Sam Uchibori released the song Arrived and registered it on Mycelia. A single phrase went viral, and Uchibori quickly tracked the creation of 170,000 properly credited derivative works. In just three days, he made almost $80,000, all from four measures of music. Artists now routinely sift through creations by other people, inspired by their work, and the system builds on itself.

Another notable pioneer of blockchain to protect artists’ rights is indigenous basket-weaving artist Jonathon Frank. Each basket Frank creates is logged in the blockchain registry Immutable. When he works with the California Museum of First Peoples in Sacramento, for example, he retains ownership of his basket (per the ledger) but licenses it to the museum for the requested duration of time. He receives compensation at the microtransaction level on a per-view basis, using the museum’s sensor network. When the California Museum of First Peoples adds his piece to a touring collection it is putting together for 2043, the smart contract will follow the basket to each venue in which it appears, complete with digital rights management for images taken of the original object. Venues that drive higher engagement with the basket will receive a larger portion of each microtransaction.

Curating in an Age of Human-Machine Symbiosis

The other piece we can’t ignore as we consider community vitality is how the people in our communities interact with their machine partners in the creative process. This applies to arts and culture just as it does to business. We are still working out the social and legal ramifications of these partnerships. The regulations surrounding intellectual property ownership for artificial intelligence-generated works of art are still a conflicted mess. Does the algorithm creator own the resulting work? Should there be a “robot tax” on the productive output of AI? Many issues remain unresolved.

But art created through human-machine symbiosis is becoming more common, not only in the coastal megacities but also in Middle America. The Kansas City Art Museum’s recent acquisition of Glisten (an AI-created piece of art) sparked a debate about who to credit as the artist—the human who designed the algorithm, the human who purchased the canvas and presented it to the robot, the robot itself, or all three?

Today, curators, registrars, and digital rights managers need to be well-versed in so-called “computational creativity” and associated issues. There are now 10 peer-reviewed journals dedicated to the topic, and new graduate degree programs are popping up every day.

The upshot? This collaboration with our machine partners exposes humans to new genres of creativity that lead to a richer life experience. At the same time, it raises some fundamental questions about what differentiates humans as a species. As they display this art, museums can help the public grapple with these disruptive questions of meaning and identity.

Humans have been struggling to define what sets homo sapiens apart for millennia. Think of Aristotle’s Metaphysics, in which he declares that “the animals other than man live by appearances and memories and have but little of connected experience, but the human race lives also by art and reasonings.” Let’s face it: today, we feel less differentiated in that regard.

In the United States, one of the “connected experiences” that used to shape our days was traditional 9–5, place-based work. The first jobs to be disrupted by robots and AI were those that are routine or repetitive. The strongest job sectors now are those that require human empathy and high-order thinking. In this context, the meaning-making and storytelling functions of museums rise in importance. 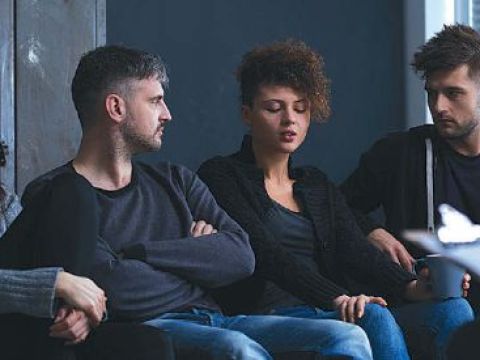 One of the best examples of museums’ empathic work can be found in Wilmington, North Carolina, where staff of the Museum of History and Culture have partnered with New Hanover County to battle an opioid epidemic that is now in its second full generation. Structural unemployment spurred by automation has a high correlation with increased opioid use, and Wilmington is struggling with both low employment rates and high rates of addiction. Wilmington, like many other cities, is capitalizing on the demonstrated ability of cultural organizations to contribute to health and well-being. How do museums change when they embrace this role?

Many museums now see themselves primarily as communal centers for cultural production and interpretation, rather than as buildings where important objects are stored and displayed. The efficacy of this approach is beginning to gain recognition. Just last year, the Youngstown Art Museum received a Healthcare Hero award from the Ohio Public Health Association. Soon after, Ohio Humanities honored the Akron Center for Science and the Imagination for its work with recently unemployed individuals.

Clearly, in an era that many describe as “a crisis of meaning,” museums have a lot to offer.

Impacts on the Funding Landscape for Museums

Today, we see modest but significant new income streams for museums. For instance, some dollars from the education sector are being channeled to museums for rapid retraining and workforce redeployment. In the healthcare sector, we are seeing an uptick in impact investments in museum programs that produce measurable improvements in well-being. As has long been the trend, we see a fair number of high-wealth individuals founding, and funding, their own museums, such as the Cambridge Robotic Art Center in Massachusetts and the Post-Industry Memorial in Detroit.

The real challenge for funders in 2040 and beyond will be to generate a set of robust frameworks (and accompanying metrics) for how museums are contributing to community vitality in this transformed environment. We have indeed underappreciated the role museums are playing in buffering our experience of economic transformation. It is up to us to more accurately see and assess the value of this work and to support the changing role of these cultural institutions in moving us forward.

Rachel Hatch is a program officer for community vitality at the McConnell Foundation and an alumna of Institute for the Future. This article is adapted from her presentation and panel at the Council on Foundations (April 2040).