This article originally appeared in the November/December 2017 issue of Museum magazine.

Trust is the foundation of all good relationships. When it comes to fundraising, it’s critical— and at every level of the process. That’s why when a museum CEO and board chair have a partnership based on trust, they are better able to draw the full board into high-level fundraising that leads to major gifts. Without that bond, the CEO and the board will struggle to raise the funds needed to advance the museum.

So what’s the secret of a solid CEO–board chair relationship? In the end, it comes down to setting expectations and educating every board member about their fundraising responsibilities. Both of these actions will resonate more strongly when the CEO and board chair are working in tandem.

It also helps to emphasize that the board is entrusted by the public with the overall health of the museum. This means more than budget oversight; it means providing necessary resources to carry out the mission. That’s why I prefer the term trustee when referring to members of a board.

To help trustees fulfill their roles, museums educate them about the institution’s mission, history, goals, and vision. Trustees then internalize the information and create their own version of why the organization matters. That story should be linked to how the museum depends on public support. “In order to talk about the organization, [trustees] need to take responsibility for building their story,” says Tanya Durand, executive director of the Children’s Museum of Tacoma in Washington.

In addition, trustees “need to connect more with how the money comes in and their role in making this happen,” says Dawn Giles, chair of the board of the i.d.e.a. Museum in Mesa, Arizona. Board mentors, retreats, and assignment-driven meetings help new board members understand how their work is connected to the vision, budget, programs, and funding efforts. With excellent communication, all trustees are prepared to participate in fundraising.

Helping trustees understand the joy of giving along with the importance of the board campaign and leveraging their outside relationships will lead to increased fundraising across the board. Museum CEOs and board chairs offer concrete ways to do this—and create an overall strong CEO-board relationship.

Have you ever made a financial contribution? How did it make you feel? Horrible? Angry? Not usually.

So when first involving your board in development activities, begin by eliminating any messages that fundraising is onerous or distasteful. Inviting others to support your work and the museum’s vision is a demonstration of pride in your organization. It affirms the board’s belief that the work really matters. And face it, giving feels good.

A few years ago Durand decided to inculcate a spirit of “invitation” throughout her museum. After all, asking for money is different than inviting others to support the museum’s work. She started by inviting her board to join her and actively engage others as participants, members, visitors, and donors.

“Each member of the board received a beautifully wrapped box with an invitation to share the museum with others,” Durand says. “Inside the box were personalized trustee business cards, museum stationery, pens, stamps, and a wallet-sized facts card. They were thrilled, and all of them could recite when asked that it was the ‘Year of Invitation.’”

First, the Board Campaign

Before inviting the public to give to the annual fund or a museum campaign, trustees must first make their own gift—one that makes them proud. “The museum seeks personal gifts from all trustees as a demonstration of their investment in the work of today and tomorrow,” says Dan Cole, board chair of the Missouri History Museum. Board agreements are useful to ensure that trustees join the board with an awareness of the minimum expectations in this realm.

Durand asks her board members to “give generously and do it early.” Early means the start of the fiscal year. When soliciting gifts in the board campaign, the board chair should talk with each trustee about what he or she would like to achieve in the coming year, potentially creating a greater sense of investment.

Since the board campaign is an important funding initiative, the board needs written progress reports. Provide a summary of who has given, the total contributions, and the average gift. No need to single out stragglers, but definitely thank trustees who have given.

Giles notes that corporations often cover a trustee’s minimum gift, but she has found “that a personal contribution means a trustee is much more invested—really a part of us. Once a board member writes their own check, they are far more likely to invite people to our cultivation luncheons and tours.”

Completion of the board campaign is the first stage of the annual fund and a reason in itself to celebrate. The initiative also bolsters trustees’ confidence and emboldens them to move to the next step and bring their contacts into the organization.

Leveraging the Board in External Fundraising

Relationships are key to successful fundraising. Board members, with their broad business and social connections, are well equipped to identify contacts and nurture interest in the museum. But prying contacts from trustees is often one of the most difficult challenges a board chair and CEO face. If you ask a room full of people, “Who do you know?” the silence can be deafening.

To make things easier, the i.d.e.a. Museum uses a prospect mapping exercise, which helps trustees identify their networks in every corner of the community—their neighborhood, places of worship, civic organizations, country clubs, business associates, vendors, and so on. Relationship mapping helps trustees identify people of influence and affluence within their networks. Once all trustees have identified their contacts, they can connect the dots to discover overlapping relationships, who has the best connection, and whether connecting with this person should be a team approach or shouldered by one trustee.

At the Missouri History Museum, first the “development committee and sta­ work to identify prospective donors and contributing members; next we ask the board to identify friends and colleagues who are not currently giving,” Cole says. From this information, Cole develops a prospect list from which priorities are determined and individual profiles are created. After this work, each prospect receives a thoughtful and sensitive visit and, ultimately, an invitation to support the museum.

77% of Board chairs agree that fundraising is the most important area to strengthen. 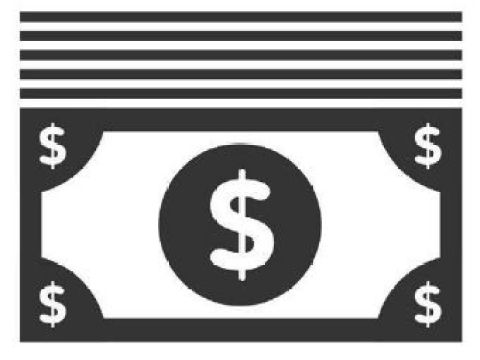 “As we engage in cultivating new friends, I invite a board prospect or donor to join me and a few other trustees on a private tour or for a behind-the-scenes experience,” Cole says. Trustees can also invite prospects to lunch with the CEO, an exhibition preview, or a cocktail party hosted in the home of a trustee. These activities will help prospective supporters get to know the museum or get to know it better.

Picking up the phone and setting an appointment with or extending an invitation to a potential supporter will be outside the comfort zone of many trustees. When trustees are too timid to do this, staff can arrange for them to work with a partner.

A big part of fundraising is saying “thank you” to donors, and trustees can certainly help with this task. Putter Bert, executive director of KidsQuest Children’s Museum in Bellevue, Washington, places addressed envelopes and thank-you notes at each trustee’s seat before board meetings. Trustees write quick notes to a handful of new or repeat donors using their own words or a prepared script.

Other boards organize trustee task forces to manage quick-response thank-you calls after a new gift or membership of a potential high-level donor. With these activities, the board is further involved in development, and just about everyone can say thank you.

Although only a few board members will step up to solicit gifts, all trustees can tap their expansive networks and participate in cultivation activities. The CEO and board chair can do the asking, but they can’t open all those doors. Trustees must share their excitement about the work, their reasons for joining the board, and what motivates them to make a personal gift. And after any gifts are made, trustees continue to play a role, thanking donors and staying in touch with them.

As CEOs tackle the challenges of leading a complex enterprise, they need a strong partnership with the board chair. Board chairs can help trustees embrace fundraising responsibilities and become aware of the consequences of inaction.

And, of course, ensuring that trustees are engaged in both the museum’s present and future means engaging them beyond fundraising. A vital role of any trustee is providing outside advice and guidance. In addition, the Children’s Museum of Tacoma creates ad-hoc small groups to deal with specific issues that crop up.

“We pull together three to six people with competencies in a specific area,” says Dave Edwards, the immediate past president of the Children’s Museum of Tacoma. “Typically, they are people who are willing to dig in and learn about an opportunity. Most of the time they are board members, but sometimes we pull from the community at large. These task forces work on issues short term, solve a problem and then disband.” With this quick, challenging, and engaging work, trustees broaden their understanding of the operation, and they feel even more useful.

Trustees also play a vital role in building the board for the future. Ideally, trustees have a strategy to expand the bench of willing and waiting future trustees and officers so that fundraising stays on track beyond individual board terms.

The Missouri History Museum Board of Trustees has a Nomination Committee that is consistently vetting board prospects, developing a prospect bench. Once a candidate is deemed ready to serve on the board, there is a discussion about expectations relating to giving and identifying other potential donors.

Where will you find these board prospects? I predict that the next model trustee is probably on a behind-the-scenes tour at a museum today. Once that board prospect joins the board, there will be one more person in the world who will have the unique sense of accomplishment and satisfaction that comes from helping a valued organization garner the resource that lead to positive change in the community.