The “Lincoln shiver” is what most people called it during the restoration of President Lincoln’s Cottage. The words were meant to evoke the feeling one gets just by being in the house, or on the grounds—here at the Soldiers’ Home, on a hilltop located on a federal campus in northwest Washington, DC. The shiver came at different times for different people. For some, it was when they rested their hand on the banister and walked up the same steps as Lincoln. For others, it came when they heard a story of what happened out here. Still, others felt the shiver after the fact—realizing the enormity of what Lincoln grappled with here during the Civil War.

The Cottage team wanted visitors to have that same experience, the kind you cannot shake. During the eight-year restoration from 2001-2008, under the auspices of the National Trust for Historic Preservation, we chose to create a “Museum of Ideas” using a conversational, guided-tour approach, rather than a museum of things with a traditional “velvet rope” lecture-style tour. The team at the Cottage was also given the mandate to provide a “transformative experience” for visitors. This mandate was driven by multiple factors, including the Kykuit I and II Conference recommendations that the museum field was urgently in need of new models for historic sites if they were to remain relevant and essential to contemporary society. The mandate also echoed the transformative significance of what Abraham Lincoln accomplished while living at the Soldiers’ Home: drafting the Emancipation Proclamation, charting the course of the Civil War, signing the National Act to Encourage Immigration, and contemplating the words he would deliver at Gettysburg, among other things.

Indeed, scholars have long noted Lincoln’s remarkable accomplishments as President as well as the growth and evolution of his ideas. Scholarship suggests that Lincoln was transformed by his time living at the Cottage and that the place played a significant role in his thinking. Rather than attempting to prove Lincoln’s state of mind in the past, we intended to create a new survey to test whether the immersive Cottage tour successfully creates a transformative experience for visitors today.

Impact in the museum field is often measured in outputs, for example, the number of visitors per year. And arts and humanities organizations frequently highlight economic impact, vs. cultural or social impact, in advocacy efforts. At President Lincoln’s Cottage, we measure such outputs in addition to having a long-standing visitor survey designed to capture qualitative metrics. Over time, however, we came to recognize visitors were reporting that their experience here impacts them in profound ways beyond what we anticipated—and beyond our capacity to scientifically capture. For example, visitors have reported feeling their minds opened, to being “substantively changed,” and to finding that they were reflecting on their experience at President Lincoln’s Cottage weeks, months, and even years later, even if they had no direct contact with the site itself in the interregnum. This anecdotal feedback was of a volume and quality that suggested it was well worth our time to attempt to understand what unique factors were contributing to these experiences and why.

Fascinating links between architecture and neuroscience suggest that, perhaps, phenomenological forces working together at this very place had a significant emotional and psychological impact on President Lincoln and his ability to think about things in new ways. The Cottage staff set out to conduct a preliminary study to quantify the extent to which the site experience opens minds to new ideas and opportunities for visitors today. In 2014, Callie Hawkins, Director of Programming, learned of the Academy of Neuroscience for Architecture, and from there connected with Dr. Julio Bermudez. Dr. Bermudez is Professor of Architecture and Director of the Cultural Studies and Sacred Space graduate program at Catholic University and executive advisor to the Johns Hopkins University International Arts + Mind Lab at the JHU Brain Science Institute.

Since 2014, President Lincoln’s Cottage has been engaged with Dr. Bermudez, to study the depth of impact of the experience at President Lincoln’s Cottage. According to Dr. Bermudez, the idea that the built environment has measurable effects on one’s mental state dates back to ancient philosophers and architects. However, the science available to measure these effects has lagged behind—until recently. In August 2016, after months of planning and a seed grant provided by the National Trust, we embarked on a groundbreaking study of how the physical place, the stories shared, and the ritual of the guided experience affect visitors both emotionally and intellectually.

Using renowned religious study scholar Dr. Lindsay Jones’s framework on modes of presentation in sacred spaces, the visitor relationship to the Cottage is understood as a secular place of pilgrimage and ritual for visitors of all purposes and contexts. Dr. Jones’s framework describes three different relationships between human participants in ritual and the spaces where the ritual occurs:

After a beta-survey in August 2016, we engaged in a Visitor Impact Survey of nearly 1,000 individuals between September 2016 and November 2017. According to Dr. Bermudez’s findings, President Lincoln’s Cottage is successful in delivering at all three relationships. These findings are further illustrated by individual feedback from survey respondents, who commented on a wide range of aspects of the experience in open-ended responses not unlike those we had been receiving without prompts for years. Here are a few samples:

“I didn’t expect the dialogue, but it enhanced the tour to have group conversation. These are unusual times in our country. People need to talk!”

“The tour was informative, thought-provoking, emotional, and caused me to think more about what I am contributing to the common good.”

“[The Cottage’s guided tour] made me think more than any other site about not only the history but the values we as individuals should strive for.”

“It made me think more about…the overall state of our country right now and my need to find a way to contribute to change rather than continue my feelings of helplessness.”

Results indicate that both the structure itself and nature of the tour are critical in creating what survey respondents describe as “an emotional experience” that shapes visitors’ understanding of their visit—that is to say, the ritual performance of the guided tour experience is the fulcrum. The first phase of the study is just the beginning. These results, in combination with our plans to take this study further, have wide-ranging implications far beyond the museum field, informing practice across disciplines at organizations that rely on the interaction of physical space and ritual performance, such as churches, schools, and other place-based entities.

Given the results of the first phase, President Lincoln’s Cottage plans to pursue a series of perceptual studies (ideally expanding the dataset to include multiple sites) using ordinary environmental psychology testing and brain-scanning by portable electroencephalograms (EEG), for which the technology is still several years in the future. Use of mobile EEG technology will allow us to evaluate visitors’ neurological responses to the Cottage tour in a scientifically-validated manner, using control groups to understand the impact of each variable on visitors’ states of mind. This project will result in a tool that can be used to evaluate methodology and space together using data gathered at President Lincoln’s Cottage but applicable to organizations of diverse discipline and mission.

Armed with scientifically gathered data indicating the components of the visitor experience (place and nature of experience) that have the strongest impact on individuals’ emotional and intellectual responses to their visit, organizations will be able to better tailor their unique methods in the context of place, space, and community to serve their missions (and be better able to measure their success.)  Findings from these data will enable organizations of all kinds to improve the skills and sustain the excellence of the staff directly engaging with the public.

Collecting, leveraging and sharing data gathered as part of the proposed second phase of this project will enable President Lincoln’s Cottage and other organizations across disciplines and purposes to improve the use of space, story, and interaction in leading ritual experiences. This will allow organizations to develop new metrics and evolve their activities—setting the stage for smart growth of the programs that work. This highly interdisciplinary study has significance not only for museums but for secular and religious organizations of all sizes and budgets. It will also mark the first time mobile EEG technology will be used in the United States to measure evidence-based neuroscientific responses to place, story, and ritual—a groundbreaking approach.

Erin Carlson Mast is the CEO of President Lincoln’s Cottage in Washington, DC. She was a member of the original team that restored and opened the Cottage to the public in 2008. Under her leadership, the Cottage has achieved significant growth and recognition, including a Presidential Medal in 2016, and being named Best Museum off the Mall in 2017, and one of Washington, DC’s 50 Best Places to work. Two years ago, Erin led the organization through its transition to an independent 501(c)(3). She serves on the Board of the American Association for State and Local History and the Advisory Council for National History Day. In addition, Erin has written on the field for a variety of publications and has authored two short biographies on Abe and Mary Lincoln. She holds an MA in Museum Studies from The George Washington University and a BA in History from the Ohio University Honors Tutorial College. 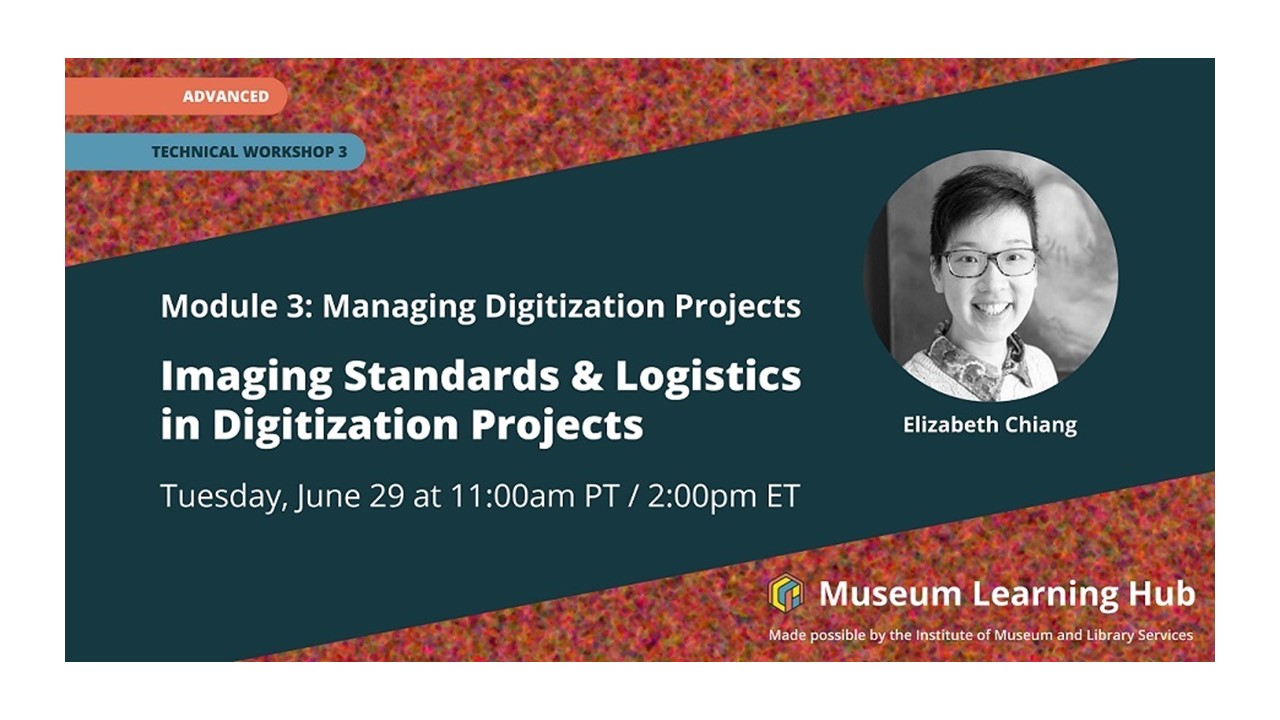