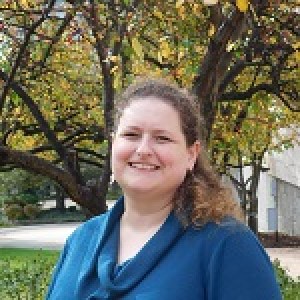 Do you enjoy reading Museum, the Alliance’s award-winning magazine? Well, if you do, we’re excited to tell you that we’ve been busy digitizing past feature articles and adding them to our website for members to enjoy! We consider this the beginning of an online archive we hope to continue adding to over the coming years.

I’m sure many of you can relate to the many challenges that come with managing a digitization process—taking something in one form and creating a digital version. As a former registrar myself, I know all too well that organizing a digitization project can be daunting and it helps to get some assistance. For AAM, we had the pleasure of working with two paid high school interns from San Angelo, Texas. Rising juniors, Cassandra Salas and Noah Rochester joined our team in June 2018. Their mandate was to take print versions of Museum magazine and create HTML versions for our website.

Work hard, play hard! Our Mariachi student interns in D.C. have started their web projects at the American Alliance of Museums, performed and had lunch with Dan Sheehy, Director and Curator of the nonprofit record label Smithsonian Folkways Recordings, and tried sushi for the first time! Updates to keep coming!

Before I get too far into the weeds, let me first acknowledge the tireless efforts of Mario Castillo, a current board member for the San Angelo Museum of Fine Arts (SAMFA), and Howard Taylor, the museum’s director (former AAM board member and long-time friend of AAM). Over the past few years they have developed a close relationship with the Lake View High School Mariachi band, “Los Caciques”, directed by Rosendo Ramos. Mario raised enough money for the students to travel to Washington, DC with their chaperones, undergo training, experience a bit of what the nation’s capital has to offer, and pay them for their work. That’s what we like to call, a win, win, win. We would not have been as successful in this project without their help and the help of the SAMFA staff including, graphic designer, Blanca Hernandez and, Cultural District manager, Shaydee Watson who managed Cassandra and Noah in San Angelo.

In June, Cassandra and Noah, along with their chaperones Blanca Hernandez (SAMFA) and Rosendo Ramos (Los Caciques), came to Washington, D.C. for one week to learn about the project and undergo training. This was the first time either of the interns had been to Washington so we made the most of their time here. It was definitely a whirlwind for them. Not only did we complete training, but also toured two museums (the National Museum of African American History and Culture and the National Museum of Natural History), and sampled some of the diverse food the nation’s capital has to offer. Since Noah and Cassandra are both talented musicians, (Noah plays the violin and Cassandra plays the guitar,) they also had the opportunity to share their musical talents with a variety of individuals including AAM staff. The two spent the remainder of their internship working remotely from the SAMFA. Overall, Cassandra and Noah converted 139 articles into HTML which are now accessible to members (covering 2010 to 2018).

Recently, I had the opportunity to ask Cassandra and Noah about their time as interns for AAM. Here’s what they had to say.

What is the most interesting thing you learned about museums during your internship (either through your reading of the articles, or working with AAM or SAMFA)?

Cassandra Salas (CS): The most interesting thing I learned was that there is a lot of hard work that goes into making an article as well as starting up a museum.

Noah Rochester (NR): I really enjoyed reading articles that discussed the use of technology in today’s museums. It always astonishes me to see fairly new concepts such as augmented reality and virtual reality being used in places where most people would not consider them to be used. It is a common misunderstanding that museums are only interested in items of the past, but there is so much more going on behind the scenes. It is also very interesting to see just how alive the museum industry is from an insider standpoint. For example, I never knew just how far SAMFA reached in the San Angelo community, but being here I hear about the museum helping and organizing events that one would never even think an art museum put together.

What is the most poignant/powerful thing you remember about the National Museum of African American History and Culture?

CS: People often forget about events that have happened in the past and just sweep it under the rug. The National Museum of African American History and Culture shines a light on it from the start of slavery to what people face in the 21st century.

NR: One of the things that hit me the hardest from the National Museum of African American History and Culture was the slavery timeline. It made my stomach sink to see depictions of the plantations and recreations of some of the tools—such as shackles. It deeply disturbed me especially because I know that some of my ancestors prided themselves on being slave traders or plantation owners. It made me really think about the nature of man and the topic of holding familial pride. If my family accomplished great things, but they also committed the crime of trading slaves, can I still have pride in my family? I rested with this answer: a person’s family does not decide the morality or the reputation of an individual within that family. Seeing all those reminders of what my ethnicity and my ancestors did made me ashamed of them, but it also gave me a reason to embrace all people with open arms.

What is your favorite memory from your trip to DC?

CS: My favorite memory from the D.C. trip was trying out foods I never would’ve thought I would in a million years.

NR: While I was in D.C., I loved every moment, bet I especially enjoyed sitting down and going over new music. I would hear a really nice mariachi song and pull out Cassandra’s guitar (which she kept at Mario’s house along with her traje in case we had a surprise performance) and play along. One night, Mr. Ramos and I sat down with the guitar discussing musical theory and the structure behind a lot of famous mariachi songs. Those were times that I really enjoyed.

What is the best thing about working with the San Angelo Museum of Fine Art?

CS: The best thing about working with SAMFA was the people. Everyone was amazing and helpful throughout the entire internship.

NR: To me, the best part of working here at SAMFA has been working with Shaydee and Blanca. Both of them have been very helpful to Cassandra and me in a number of ways. Anytime we had a question, they were very willing to give us the best answer they could. Not only that, but they didn’t mind conversation. We always talked about what’s going on around the museum and what’s going on in San Angelo.

What is one thing you learned about the overall Museum magazine digitization process?

CS: One thing I learned about the magazine digitization process is that it’s not hard at all. It could be tricky at times but all in all it was fairly simple.

NR: The digitization process requires a lot of focus because sometimes the OCR will misread text and cause you to copy the wrong information. This was especially a problem in the earlier editions of the magazine. However, despite the problems, Cassandra and I worked fairly quickly and have completed 142 articles to date after starting on June 4th.