This article originally appeared in the September/October 2019 issue of Museum magazine, a benefit of AAM membership.

Yet, according to a 2015 GLAAD survey, only 16 percent of Americans report knowing a transgender person. In reality, many people who do not think that they have met a transgender person actually have and just did not realize it. This is because a lot of transgender people live what is often referred to as “stealth,” keeping this part of their identities a secret to protect themselves physically, emotionally, and financially.

At the American Alliance of Museums’ Annual Meeting in 2018, the LGBTQ Alliance created the Task Force for Transgender Inclusion to address the lack of resources in the museum field for welcoming transgender staff, volunteers, and visitors. In this article, we describe a helpful resource for transgender inclusion that the Task Force created, and we provide some simple ways to become more inclusive at your own institution.

A Toolkit for All

The Task Force for Transgender Inclusion has created a first-of-its-kind professional resource—Gender Transition and Transgender Inclusion in the Museum Workplace: A Toolkit for Trans Individuals, Institutions, and Coworkers. The Toolkit is a collection of guides created by three teams of transgender and allied museum professionals working across the United States. Our goal was to create both a resource that provides a clear, step-by-step plan on how to facilitate gender transitions within the workplace and an approachable pathway for museum professionals to become more knowledgeable about and better allies to, the transgender community. To reach this goal, we split the Toolkit into three separate guides, each focusing on a particular audience.

A Transitioning Professional’s Guide provides strategies and resources for the museum professional who is preparing to begin a gender transition in the workplace. The guide includes examples of step-by-step plans, sample emails and conversations, and other resources.

An Institution’s Guide provides resources and sample policies for human resources staff and management. This guide includes examples of step-by-step plans, sample emails for notifying staff, charts of vocabulary and terms, and a guide to policies that help make institutions a safer and more welcoming place for transgender museum professionals, volunteers, and visitors.

A Coworker’s Guide provides resources for any and all museum professionals who wish to educate themselves about the trans community, including ways to be a better ally. The guide also tackles frequently asked questions, provides charts of vocabulary and terms, and examines ways that cisgender museum professionals can help advocate and stand up for the transgender community.

How to Be an Ally

Becoming an ally of the transgender community, or improving your allyship, might seem daunting, especially if you feel like your knowledge of transgender issues isn’t up to par. Fear not! There are some easy ways you can educate yourself and make your institution a more welcoming space for everybody. The Toolkit is a great way to get started, and the following are a few things you can start doing today.

Everyone, whether transgender or cisgender, has pronouns, and it is very important to use the correct ones (the ones they tell you they use). When you don’t, you are telling that person that you do not respect them enough to see them as who they actually are. This disrespect can cause tensions within your work environment and could place transgender people at risk of violence and harassment.

The pronoun argument we hear the most concerns the singular “they.” Usually, people argue that this usage is not grammatically correct, as if that is a reason to invalidate people. But singular they has been used for hundreds of years in English, found in famous classics by Jane Austen, Charles Dickens, and more. In fact, you probably already use singular they in your daily life. If a coworker told you that they went to the doctor yesterday, you might respond, “Well, what did they say?” This is an example of singular they. If somebody tells you that their pronouns are they/them, you would use them in the same way you normally use singular they.

What if you don’t know somebody’s pronouns? You can offer your pronouns when you introduce yourself: “Hi, my name is Mary, and my pronouns are she/her/hers.” If that doesn’t work, or you’ve already been introduced, you can ask them discreetly. Just be sure to offer your pronouns when asking for someone else’s, as it creates a safer environment for everyone involved. You can also include your pronouns in your email signature, verbally in situations such as meetings, and visually through pronoun pins, ribbons, and buttons.

Another easy way to become a better ally is to use gender-inclusive language, which makes everyone feel respected, safe and accepted. While you may not understand, or even know, someone else’s gender, it is imperative to use language that is respectful to them. For example, saying, “Are your mom and dad here?” to a child in your institution is not inclusive of all families, including families with non-binary parents. Consider asking, “Is there an adult here with you?” or “Can you tell me where your grown-up is?” These words have the same meaning without being exclusive of non-binary people and LGBTQIA+ parents. For more suggestions on family-inclusive language, we recommend Margaret Middleton’s excellent Family Inclusive Language Chart (see Resources below).

Gender-inclusive language becomes particularly noticeable when addressing groups of people. Gendered language, such as “Hey, boys and girls” when addressing a group of children or “Hey, ladies!” when emailing a group of coworkers, can be very harmful to non-binary individuals. Try using “friends,” “colleagues,” or “distinguished guests” when addressing a group of people. “Y’all,” “folks,” or “everyone” are also great gender-inclusive terms for groups. You can also be creative here. If you are running a space camp for children, perhaps refer to your campers as “astronauts.” Giving a tour of your local history museum? “Hello, history enthusiasts!” welcomes people of all genders. Remember to do this in your written communications as well.

Being an ally means standing up for transgender people in your life, whether they are coworkers or the people whose stories you are telling. Educate yourself on transgender topics and be prepared to speak up about them in the workplace. Start by reading the Toolkit, and encourage your coworkers to read it. If you have an out transgender colleague, ask how you can best support them. Some transgender people appreciate when others jump in to correct misgendering or other inappropriate behavior, while others do not because it may have unintentional but serious consequences for their safety. Check-in with them prior to correcting any language or behavior situations.

Someone whose gender is the same as the gender assigned to them at birth. The term was created to challenge the assumption that cisgender people (as opposed to transgender people) are always the standard in discussions about gender or sex. It is not a derogatory term or a slur.

Umbrella term often used as shorthand to refer to gender identity, gender roles, and/or gender expression. When used for gender roles or expressions, it includes the range of socially constructed characteristics assigned to and differentiating between the masculine and feminine. These constructs differ from society to society and can change over time. Traditionally thought of as a binary with male and female as opposing forces, gender is more accurately described as a spectrum.

External appearance of one’s gender identity usually expressed through behavior, clothing, haircut, or voice. It may or may not conform to what is socially defined as typically associated with being either masculine or feminine.

Expected behaviors, thoughts, and emotions of a specific gender based on the views of a particular society or culture.

Refers to people whose gender does not conform to the traditional, Western gender binary model. They may be both male and female, neither male nor female, or completely outside or somewhere between the gender binary. Examples of labels people may use to describe their non-binary gender include androgyne, polygender, genderqueer, demigirl, or demiboy. These are only a few of the labels under the non-binary umbrella, and some people may not use any label.

Someone who is a gender that is not the same as the gender assigned to them at birth. Being transgender is separate from a person’s sexual orientation and gender expression, and these terms should not be conflated to include being transgender.

The social, medical, and/or legal process of aligning one’s life and physical characteristics to match their gender identity.

Gender Transition and Transgender Inclusion in the Museum Workplace: A Toolkit for Trans Individuals, Institutions, and Coworkers aam-us.org/professional-networks/lgbtq-alliance/2015

Presented by: AAM's Committee on Audience Research and Evaluation 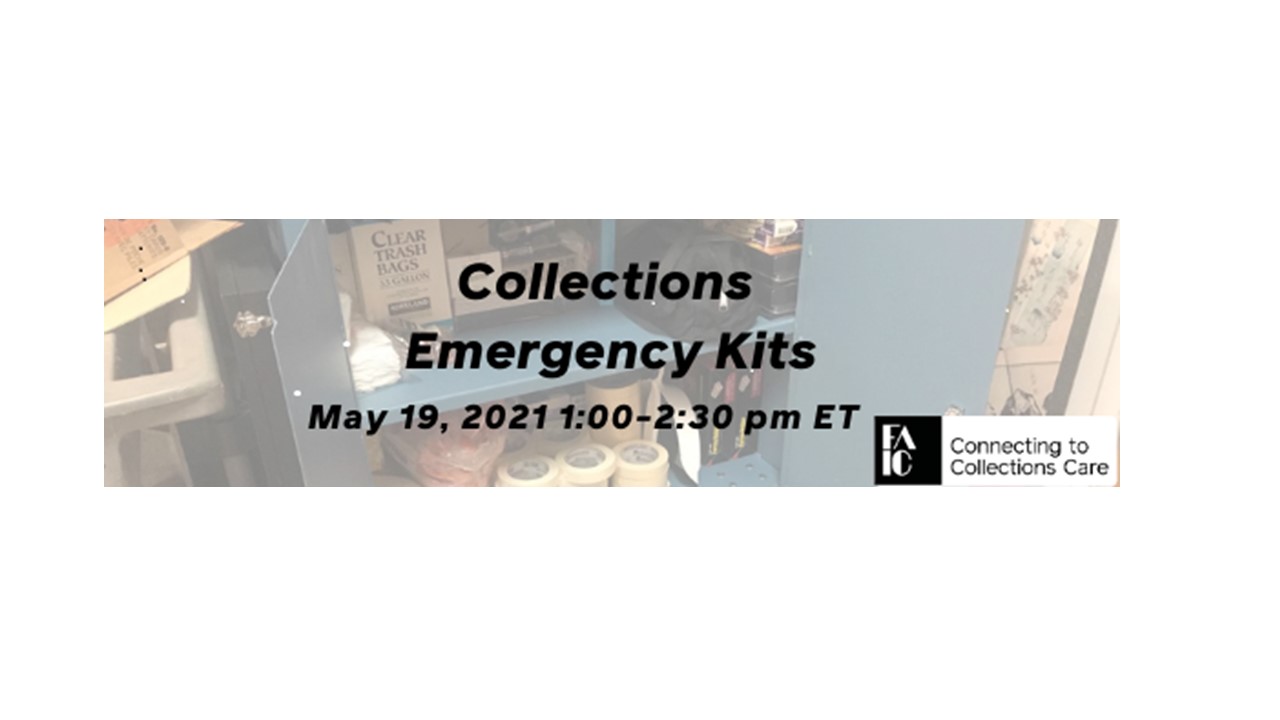 Presented by: FAIC/Connecting to Collections
View All Events 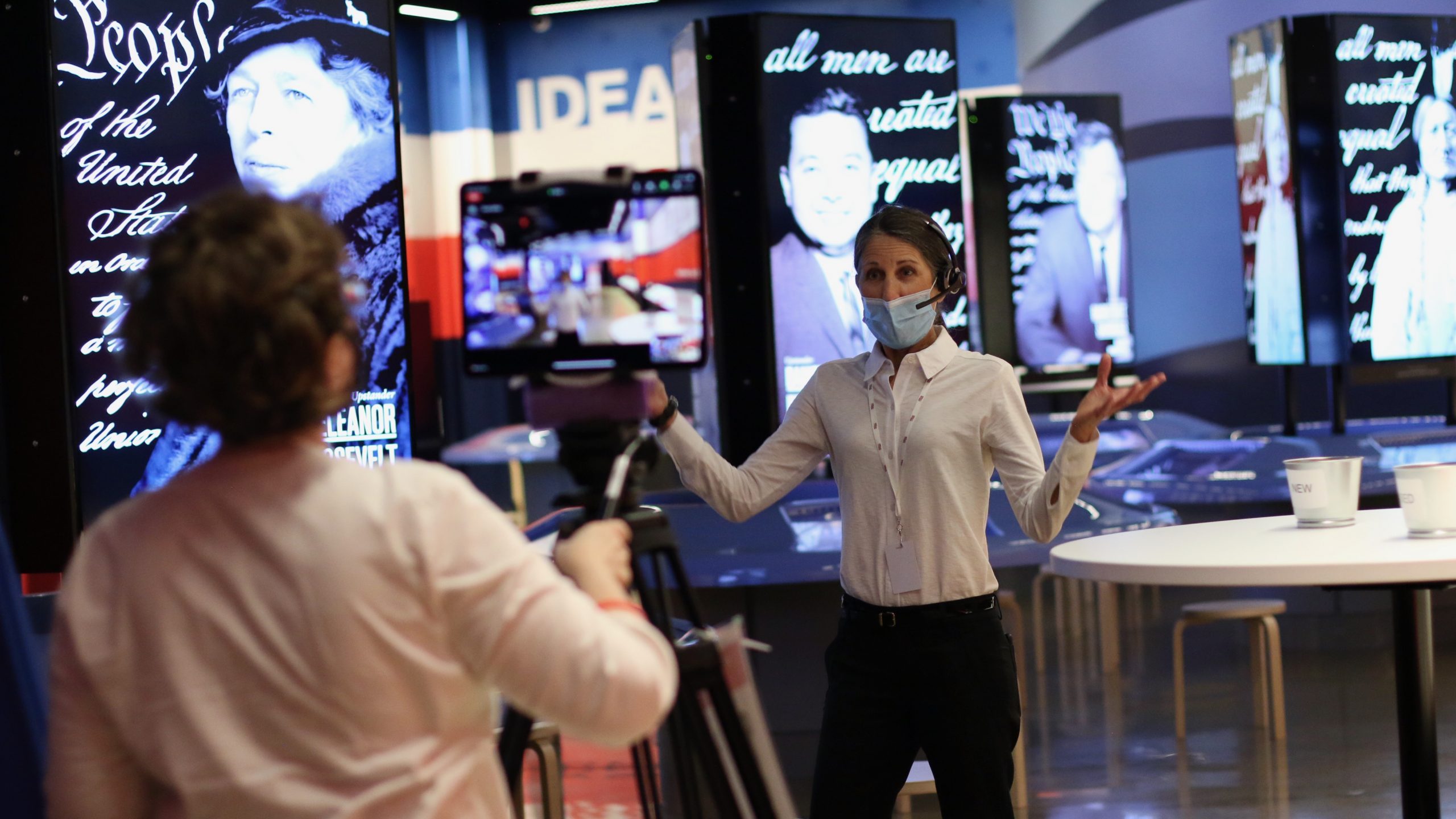