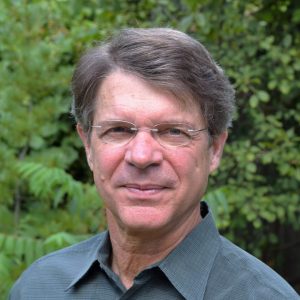 In parts one and two of this series, Anna Raginskaya introduced readers to sustainable investing, discussed its relevance to museums, and provided some practical advice for organizations interested in adopting the practice. In the third and final post in the series, Richard Piacentini, President and CEO of the Phipps Conservatory and Botanical Gardens tells us how his institution has implemented sustainable investing in order to harness the power of their endowment to further their mission.

Phipps Conservatory and Botanical Gardens in Pittsburgh has spent years refining the alignment of its operations and programs with its mission and values, which are in part “to inspire and educate all with the beauty and importance of plants; to advance sustainability and promote human and environmental well-being through action and research.”

We opened the world’s first LEED-certified visitor center in a public garden in 2005, and in 2012 developed the Center for Sustainable Landscapes, the only building in the world to meet four of the world’s highest green building standards: Living Building Challenge, LEED Platinum, WELL Platinum and SITES Platinum. Our staff and leadership take a holistic approach to incorporating sustainability into all facets of the organization: removing junk food, bottled water and plastic disposables from our cafe; embracing sustainable horticultural and operational practices; and the campus-wide use of 100% renewable electricity through on-site generation and purchase. We even lined our front walkway with 16 oil barrels to show that if burnt, it would equal the amount of CO2 that a typical Pennsylvania family produces each year to power their home. We then teamed up with a renewable energy provider to offer free memberships to Phipps to anyone who switches to renewable electricity. Over 5000 households did so in the first three years.

However, five years ago I noticed a challenging inconsistency: while we demonstrate for visitors the importance of addressing climate change and the need to shift away from fossil fuel use to renewables in our physical spaces and programs, this issue had not changed the way we managed the organization’s finances. We were still accepting sponsorship money from fossil fuel companies and hadn’t considered the role of fossil fuel investments in our endowment.

The decision to stop accepting donations from fossil fuel companies was a relatively easy one, but discussions around divestment were more challenging. First we had to decide where to draw the line. Who should we divest from? The extractors, producers, refiners? What about the people who ship and deliver the fuels or the companies that make the pipes, drill the wells or sell them their trucks and other equipment? We were really at a standstill until we heard about the Carbon 200 Underground list. This list identifies the top 100 public coal companies globally and the top 100 public oil and gas companies globally, ranked by the potential carbon emissions content of their reported reserves. The list is produced and maintained by Fossil Free Indexes, LLC.  The basic premise is that in order to avoid the worst consequences of climate change, these reserves must stay in the ground. Therefore we should avoid investing in companies which help extract these fuels. Finally, we had a way to put our hands around this issue. We adopted the Carbon 200 Underground list as the benchmark that we would use for fossil fuel divestment.

Secondly, our board expressed concern over potential impacts to the endowment’s performance as fiduciaries, and worried about how our community, which has long ties to coal-mining and natural gas extraction, might react.  At the time, fossil fuel investments were down and it would have been easy to make the argument that divesting from fossil fuels would lead to higher returns. My concern with that approach was that at some point in the future fossil fuel investments could go up and then the case could be made for us to switch back to fossil fuel investments. We had to move the discussion from returns to values. Our approach was to frame the discussion as a philosophical argument: the fiduciary responsibility of the board was not to make the most money possible in any way they can, but rather to ensure that Phipps’ investments support the institution’s mission. Investing in fossil fuels was contrary to that mission. Ultimately, our Board of Trustees embraced a strategy to invest proactively in renewable energy, shifting funds away from companies on the Carbon 200 Underground list. Our motivation was largely moral: by continuing to derive investment income from fossil fuels Phipps was undermining its ability to lead by example on environmental issues.

Following this decision, a new question emerged within the board: Why stop with fossil fuels? Why not look at other investments that were not in line with our mission? This led to a subsequent decision to add additional social responsibility guidelines to prohibit investments and sponsorships from major pesticide, junk food, tobacco and weapons producers. We then initiated the search for an investment manager who could help review Phipps’ existing holdings and implement a socially responsible investing strategy. The manager we selected helped revise our Investment Policy Statement and identify investments that were consistent with the new policy. Recently we started to look at which companies are financing fossil fuel extraction and turned down a $250,000 a year sponsorship from a top bank included in the Banking on Climate Change report.

Two and one-half years later, Phipps’ endowment is much more reflective of the institution’s broader mission and values, and its financial performance has remained very strong. Our blended return for both equity and fixed investments was 9.9%, beating our benchmark of 9.3% which included fossil fuel investments. A broader look at the market shows that in the past 10 years companies in the S&P 500 energy sector had gained just 2 percent in total while during the same period, the overall S&P 500 nearly tripled. We are regularly mentioned as an early adopter in press coverage of museum and garden divestment, and have received no negative feedback from the donor community or the public. We are beginning to see other gardens and museums pledge to join in this effort, and best of all, our messaging on the topic comes from a position of firsthand experience.

Phipps encourages our fellow institutions with an interest in this and other methods of addressing climate change to join the Climate Toolkit project to connect with likeminded organizations who want to share, mentor and learn from others on how museums can address climate change and be leaders in their communities. Remember, museums and gardens are uniquely positioned to address climate change, and we have many members in our audience of supporters who will follow our lead.

To learn more about the Phipps Conservatory and Botanical Garden’s adoption of sustainable investing, watch Richard’s 2019 TEDx talk “What We Can Learn from an Old Glasshouse.”