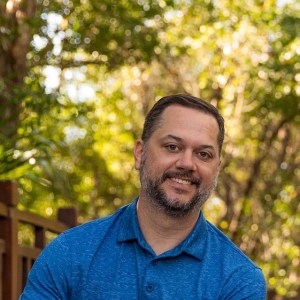 One of the best pieces of wisdom I’ve ever received came from a former boss of mine who later became a good friend. The year was 2009, almost a decade after our professional paths converged, and like so many folks during the Great Recession he had just been laid off from his job. Over a pint of beer, I shook my head and told him I felt terrible for him, a tinge of pity in my voice.

He looked me in the eyes and said, “Look, I don’t care who you are or what you do; at some point during your career, you will be laid off. I can almost guarantee you that you personally will be laid off at least once before all is said and done.” I was twenty-nine years old and had just graduated with my master’s in business administration. Times were tough for a lot of folks, but the future still looked pretty bright to me. And I’d be lying if I said I believed him then.

Fast forward ten years, to 2019. The economy was booming and my career had been on a steady upward trajectory. My boss—a different one this time—pulled me into a windowless conference room. The only other person there was an HR employee, sitting at an enormous table and staring at me glumly with a stack of papers in front of him. Uh oh. I quickly scanned my memory for anything I might have done wrong that would warrant an unscheduled meeting with my boss and HR. Nothing surfaced. I had received outstanding annual reviews at the end of each of my eight years with the organization. My reputation was strong; my teammates respected and liked me. I hadn’t lied, cheated, or stolen. Then my boss began to speak.

He had decided to eliminate my position, along with about two dozen others, due to an “organizational reorg” that required a “reduction in force.” As he stumbled over a stupefying hodgepodge of buzzwords while trying to explain why this was necessary, I realized that my boss was right. No, not the guy who had just sent me packing—my old boss who had warned me so presciently ten years earlier. His voice was at that moment ringing in my ears: “It doesn’t matter who you are or what you do…at some point during your career, you will be laid off.”

Just over a year after being laid off, I am now the new Director of Membership for the American Alliance of Museums. After spending many months fruitlessly searching for the right job in a good economy, I finally found a great job just as the economy began to turn sour due to COVID-19. Suffice it to say, I have tremendous empathy for everyone in the museum field today wondering when, where, and how they will resume their careers. Trust me, I’ve been there.

There is no sugarcoating what museum professionals are facing right now. In an international survey completed in May, nearly 40 percent of the museums in North America surveyed said that they expect to downsize staff, and one in ten report that they may have to close permanently. Hopefully, by conserving their resources now, the vast majority of museums will be able to reopen and rehire once the crisis has passed. But for now, nothing is certain.

If I could share any wisdom with those of you who have lost your jobs or been furloughed due to COVID-19, it wouldn’t be the first thing my former boss told me that day way back in 2009. After all, you’ve already lived through that part. Instead, I would emphasize the next thing he told me after that; which resonated with me ten years later after I was laid off. He concluded: “Everyone will lose a job at some point. But what you do next, how you respond to that adversity, is what will define you.”

I recognize that many of you are suffering right now. But, now more than ever, it is crucial to stay focused on your career goals. Now is the time to stay abreast of important developments in our field, to hone your skills, and to stay connected with your peers in the museum community. The American Alliance of Museums is here for you to provide the resources that make all of that possible.

I am beyond grateful for the opportunity to serve the thirty-thousand-plus members of the American Alliance of Museums. And as someone who lost my job not so long ago, I want to help you. That is why we have recently introduced a Special Membership option for those museum professionals whose employment has been negatively impacted by COVID-19.

For more details about the 2020 Special Membership or to submit your information, please click here.

We at AAM feel strongly that it is our duty to provide museum professionals with the resources and connections to support each other during this hour of need. We also have confidence that we will rebound together as a community. After all, everyone will lose a job at some point. But what we do next, how we respond to that adversity, is what will define us.