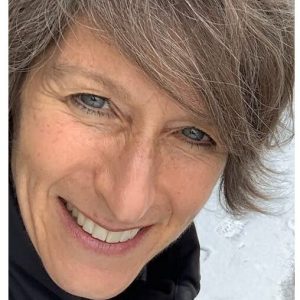 Many museums think that serving the needs of more ethnically diverse constituents will lose them “traditional” audience and supporters, but at Sandy Spring Museum (SSM), we’ve found just the opposite. Nearly ten years ago, when a financial crisis required us to make major changes, the board and staff embraced the opportunity to remake the museum into a more equitable, community-generated organization. As we incorporated more voices into our exhibits, programs, and board, we gained supporters who more accurately represented the demographics of our community, and we did not lose our stalwart members in the process.

Truth be told, we did not know that almost a decade later we would be at the forefront of a movement that demands our cultural arts institutions be more inclusive. We adapted because of necessity, implementing new ideas because we couldn’t count on support from the generation that followed the museum’s founders.

Funded in large part by donations from those with family ties to early-eighteenth-century Quaker settlers in Sandy Spring, Maryland, the museum historically served the residents in the six-mile radius surrounding the Quaker Meeting House, largely catering to an older, white, Christian, and English-speaking population. But beginning in the 1980s, as these long-term supporters moved elsewhere or passed away, the area’s demographics shifted towards a younger and more ethnically and linguistically diverse population typical of the Washington, DC, metropolitan area. Census data shows the community has changed dramatically since the museum was founded. Today, 52 percent of residents define themselves as “not white,” 30 percent speak native languages other than English, 83 percent are sixty-five or younger, and 23 percent are under the age of eighteen.

When the board hired a new executive director in 2012, the organization had suffered seven consecutive years of deficits. To be relevant, the museum needed to serve a need in the community that no one else was filling, so it shifted its focus from preservation to participation. Jumping on the “user-generated content” bandwagon made popular by the internet, SSM abandoned the more traditional model of static exhibits and formal lectures in favor of a community-driven model where the museum would serve as a gathering place for residents of Montgomery County, Maryland, home of four of the ten most ethnically diverse cities in the United States.

In 2014, SSM launched its community-generated content model, providing support for activities that were conceived and implemented by community partners and shared with the general public. Since then, the demand for community use of the museum has grown, and activities have diversified to include many hosted by folk artists who, in this suburb of DC, are almost exclusively immigrants and people of color, members of communities underserved by mainstream arts and culture organizations.

In 2019, in recognition of our successful engagement of folklife practitioners through our community-driven content model, the Maryland State Arts Council designated Sandy Spring Museum as the Regional Folklife Center (RFC) of Montgomery County. The mission of the Regional Folklife Center is to help build a more equitable society by enhancing the folk arts of Montgomery County through celebration, education, and support. The museum helps individuals and communities of folk artists to build capacity by providing space for programs and performances, marketing and registration assistance for workshops, lessons, programs, grant-editing, and so on.

None of the folk artists with whom we partner have paid staff or their own facilities. When the RFC shares it resources—its facility and its staff expertise—folk artists can focus their energy on sustaining and sharing folk traditions instead of on the business of running an arts organization.

When the RFC co-hosts folk arts programs, the folk artists reach a larger and more diverse audience than they typically reach on their own. Most folk traditions are practiced in private with members of the folk group, typically at homes, houses of worship, or community centers. But our partnering folk artists want to share folk traditions with the wider community to foster social cohesion, and our audiences are eager for the experience too. In a recent survey, 54 percent said they were seeking experiences that “make me feel more connected to my community and other residents of my community.”

Increasing SSM’s resources and staff’s capacity to support folk artists has a multiplier effect. The people and organizations who co-create with SSM do not have their own facilities and typically cannot afford the rental fees charged by performing arts venues. They often do not have access to mainstream outlets for selling or teaching folk arts. They benefit from having a well-established, collaborative organization like ours that affirms the value of their work and provides them opportunities to share what is important to them. They also benefit financially, because most programs generate income from registration fees, or provide opportunities to sell artwork. Non-folk artists benefit from the exposure to new, high-quality cultural arts activities and the opportunity to engage with folk artists, building social cohesion.

The new mission of the museum, adopted by the Board of Trustees in 2018, is to support community-driven cultural arts and educational programs in order to gather community and build a sense of place and belonging. Today, we provide the environment and inspiration for artists and community members who propose and implement programs, performances, activities and exhibits that engage, stimulate, and bring people together. Having identified the intersection of community needs and museum resources, we promote and support community use of our campus (more than 14,500 square feet of interior space and more than seven acres of grounds) and embrace shared authority and self-determination in programming.

Those who partner with us, who bring their creative ideas, energy, friends, and neighbors, are the lifeblood of the museum. We have opened the doors to collaborations with dozens and dozens of individuals, informal groups, organizations, and businesses. The success of the museum is predicated on the dynamic participation of the community.

SSM’s diverse partners contributed to a shift in visitor demographics and financial sustainability. According to a three-year visitor study conducted at the museum’s annual Strawberry Festival (attendance: fifteen thousand), guest demographics shifted from 16 percent speaking English as a second language to 24 percent, and those who identified as Hispanic climbed from 24 percent to 32 percent. Today, the museum is viewed as a regional model for equity, diversity, and inclusion. We hear many of our colleagues lamenting that they cannot focus on a new and more ethnically diverse audience without losing their core supporters. But after running deficits from 2005 -2012, SSM has operated in the black for seven of the last eight years. We have found that being more inclusive has led to greater financial stability, not less; and instead of serving the dominant culture, we serve the dominant demographic.

Allison Weiss is the Executive Director of Sandy Spring Museum. 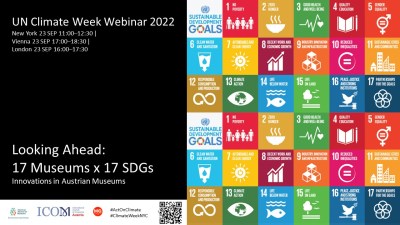 2 thoughts on “From Preservation to Participation: The Journey of Sandy Spring Museum” 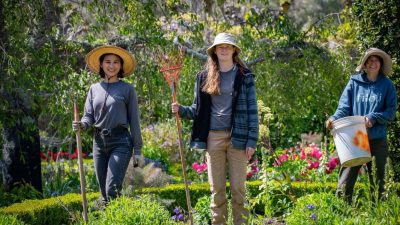 Museums and the Living Wage: How Filoli Developed a Bold Pay Equity Initiative