This article originally appeared in the January/February 2022 issue of Museum magazine, a benefit of AAM membership.

“We want you to turn a ship around in a bathtub” was what Interim Director Linda Lombard said to me when I was hired to lead the Dayton Art Institute (DAI) in October 2011. The museum was in crisis and was financially sinking, and the building was suffering from years of deferred maintenance. The collection had seen little in the way of recent conservation, and the staff felt broken.

The museum also had made the difficult decision, after maintaining accreditation for 39 years, to step out of accreditation earlier that year due to the situation it found itself in. But 10 years, one pandemic and a successful accreditation process later, the DAI is a museum revived and thriving.

The process of accreditation allowed us to get our house in order and our proverbial ducks in a row. We set goals for what we needed to accomplish, update, and document. We had deep leadership and board conversations. Had we not committed to becoming accredited nearly 10 years ago, we likely would not have made the progress we have, and the ship would have remained stuck in the bathtub.

But I am getting ahead of myself. Let me start with a little history for context.

A History of Financial Trouble

The DAI, one of the nation’s finest midsize art museums, was founded as a school in 1919 as the Dayton Museum of Arts. Originally occupying an impressive home in downtown Dayton, Ohio, the museum quickly outgrew its first location. Julia Shaw Patterson Carnell, a prominent community leader, pledged $2 million to endow the museum and to raise the funds needed to construct a new museum building.

Construction began in 1928, and on October 29, 1929, the stock market crash started the Great Depression. All of the benefactors pulled from the project, leaving the museum unfinished. Carnell worked with the board of trustees to use the funds she had given for the endowment to complete the construction of the Italian Renaissance–style structure, which opened on January 7, 1930. Although the community was delighted with the new world-class museum, the DAI was left with little to no endowment and has been chronically underendowed ever since.

In September 1994, the museum announced its largest ever capital campaign to fund a major renovation and expansion. The DAI reopened in June 1997 with more than 35,000 square feet of additional exhibition space and completely renovated permanent collection galleries. This again delighted the community, but it came at a cost of $16 million in bond debt. Two more market recessions left the DAI with no way in sight to cover the debt that was to come to maturity in 2022, and, out of necessity, the museum was drawing 8–10 percent annually from the endowment.

Fast forward to 2011. “Run Michael, don’t walk. We have not time to waste.” That was the sound advice of then–Board Chair Rob Connelly. And run we did. We first attacked the leaking roof with a mini campaign to repair it and develop an annual roof maintenance program. We then tackled the debt by establishing a “Fund the Debt” savings account, so as not to tap into the already low endowment. We raised funds and diverted $300,000 from every unrestricted estate gift above $500,000 until we were less than $1 million in remaining debt, and we paid it off.

Within that first year we reduced the draw to 6 percent and have averaged a 5 percent draw every year following. We then strategically looked at our upcoming major milestone: 2019 marked the 100th anniversary of the founding of the DAI. This was our moment to make transformational change through renovations to the building and to grow the endowment through the Centennial Campaign.

In 2020, we began our second century, and the year started out bright. We had raised more than $16 million during the campaign, with the endowment growing from $16 million to more than $28 million. The museum was going through a nearly complete renovation of the building’s exterior along with the historic front hillside, the museum galleries, and the education floor. We were continuing to present world-class exhibitions, educational programs, and community events. We were thriving, not just surviving, and then our world closed on March 13 due to the pandemic.

Like most museums, we moved quickly to determine how we could still serve our community while being closed. Fortunately, we were already a lean team, so we were able to keep all full-time staff on and furlough only part-time employees other than security and facilities, who have remained on-site throughout. Our curatorial and education teams produced brilliant new digital content. Our marketing and events teams presented meaningful virtual events, and our development team worked hard to continue to raise funds and inspire our members to stay with us. Our leadership team not only led their departments, but also served as leaders for crisis management.

To use that overused term of 2020, we “pivoted.” We figured out what we could do to keep the staff engaged while working from home. We fought isolation through virtual happy hours and dance parties at the end of all staff meetings with a surprise song such as “I Will Survive.”

In 2021, COVID concerns along with social and racial unrest made for difficult and evocative dialogues and reflection. The DAI and all museums faced a reckoning of who and what we want to be going forward. The DAI had been working on diversity and inclusion for several years, and 2020 confirmed that we needed to be intentional and committed to making more transformational change. In October, the board of trustees voted unanimously to establish a new standing IDEA (inclusion, diversity, equity, and accessibility) Committee and make our IDEA work part of everything that we do, from art acquisition, exhibitions, and programs to staffing, volunteers, board representation, and vendors, as well as how we reach and welcome new audiences to the museum and create a sense of belonging.

The Role of Accreditation

Pursuing accreditation helped set us on the path to continued fiscal solvency now and into the future. Through the accreditation process, we took a hard look at our financial responsibilities and goals. That introspective reflection allowed a meaningful dialogue between the leadership team and the board of trustees about preventing the museum from taking on significant debt again while also growing our investments and investing in the DAI team.

We now make decisions and plans by asking ourselves, “How will this affect our accreditation status?” For example, we now raise funds for capital projects and do not proceed until the funds are committed and generally near completion of payment. We have also established a Provision for Plant Replacement, Renewal and Special Maintenance (PPRRSM) fund to ensure the DAI can fund major capital projects identified by leadership and the Facilities and Finance committees. In addition, we continue to be committed to increasing our endowment and reducing our endowment draw to ensure a healthy future for the DAI.

In the end, we decided to face accreditation of the museum head-on during the pandemic. What better time–right? Despite the challenges that posed, and having to pivot from the usual in-person site visit to a virtual one, today the DAI is once again proudly AAM accredited. Through the hard work and dedication of our accreditation team, led by Janice Goodrich, assistant to the director; Jerry Smith, chief curator and director of education; and Monica Walker, human resources and administration director, and with input from nearly every member of the museum team, we received accreditation with flying colors.

As I look to the future, it is still bright and still challenging. In fact, 2022 and 2023 promise to be as financially difficult as when I first started 10 years ago, just in a different way. We are preparing for how we come out of the pandemic positioned to live our IDEA and organizational missions while also stabilizing our budget, growing our investments, and taking care of our talented DAI team who have worked so hard to make all of the magic happen during one of the most difficult times in the museum’s history.

We are now positioned to move forward, not in crisis but strategically. We are focused on continual growth of our endowment and reducing the endowment draw to 4 percent or below. We have begun to raise funds for the PPRRSM fund so that we can be proactive instead of reactive to future capital needs, and our board of trustees has committed to working with the leadership team to make the investment needed to attract and retain talented and diverse staff. Our journey to accreditation acted as the palette while we painted the canvas of our financially more stable, inclusive, and artistic future.

As the song says, we “will survive.” No, make that “We will thrive!” 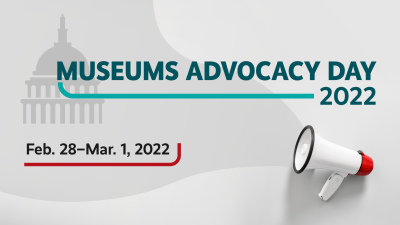 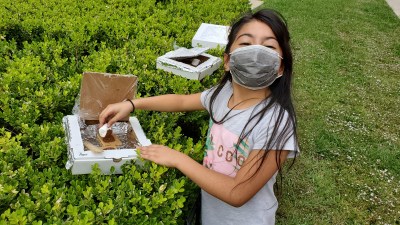