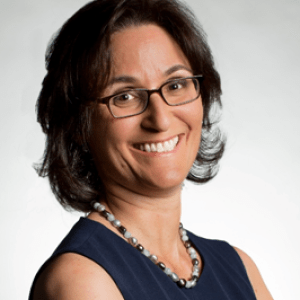 If you ask museum leaders, their advancement teams, and volunteer program staff about cultivating volunteers as donors, you’re likely to get a mix of reactions, ranging from enthusiasm to aversion.

Those who oppose the idea voice concerns about offending or even exploiting individuals who are giving freely of their time and talent. From this perspective, it’s inappropriate to ask a volunteer to donate money when they already share so much.

At the other end of the spectrum are those who see volunteering as a point of entry to greater support for their institutions. After all, if a volunteer loves your museum and feels a sense of belonging, why wouldn’t they want to support it financially too?

There is no doubt that volunteering, in and of itself, is a tremendous contribution to any museum. An individual should never be expected or pressured into making a financial gift on top of their volunteer service.

There is research, though, that suggests many volunteers want to make financial gifts. The Fidelity Charitable Foundation has studied the relationship between volunteering and philanthropy for over a decade. Its most recent report cites three telling statistics:

Given this data, it stands to reason that museums have much to gain by nurturing deeper relationships with their volunteers.

Even so, some museums may overlook the potential of volunteer giving by presuming that volunteer contributions are negligible compared to other revenue sources.

This isn’t the case at The Museum of Flight in Seattle. According to Robin Webster, the museum’s Director of Development, volunteer giving is substantial at the institution. For the 2020 year-end appeal, volunteers, not including trustees, contributed more than $225,000. During a four-year comprehensive campaign ending in 2017, they contributed $900,000.

The museum has a long tradition of volunteers contributing to its fundraising efforts. They will regularly jump in to assist with a membership campaign or organize a memorial gift for a fellow volunteer. Sometimes these gifts are large enough to create a fund. Recently, for instance, when a volunteer with an interest in education passed away, other members of the corps worked with a gift officer at the museum to establish an educational fund in his name.

Oftentimes, this giving is initiated by the volunteers, not requested by the institution. “Volunteers organized themselves for the capital campaign,” says Robin. “They were passionate about peer-to-peer asking.”

This passion can sometimes take the museum’s staff by surprise. For example, recently one volunteer felt so strongly about his museum philanthropy that he made a spontaneous gift on camera. The volunteer, who was working remotely at a virtual station, happened to see Robin pass by and called out to her. He told her he wanted to make a contribution. “We hashed out the details of his gift right there on the floor,” she explains. “[He] even stated on camera that ‘everyone should make a donation.’ He was so proud of his gift.”

What is it about The Museum of Flight that inspires volunteers to give so generously? According to Carol Thomson, the museum’s Volunteer Program Manager, there are several factors that have fostered the volunteer giving tradition:

1. A Top-Down Culture of Belonging

“Our Executive Leadership team is really good at acknowledging staff and volunteers and letting them know how much they are valued,” Carol explains. “Everyone at our organization is valued; nobody is treated as a commodity.”

The museum fosters this culture of belonging by treating volunteers as part of the staff, including by soliciting their input. Volunteers are invited to the monthly staff meetings. They provide feedback and comments concerning future plans for the museum and are invited to join committees such as collections, exhibits, space, and the museum’s advisory team.

The result is that volunteers feel an increased sense of ownership for the success of the museum. As Carol explains, “We tell our volunteers, ‘This is your museum,’ and they take care of it.”

Volunteer engagement suffers when organizations do not dedicate the staffing needed to sustain the program. That’s because volunteer management is labor-intensive. It requires adequate capacity for administrative tasks like coordinating volunteer shifts, arranging trainings, tracking background checks, and conducting evaluations.

At the same time, volunteer management demands a heavy focus on relationship-building. The volunteers most likely to remain with a program are those who feel valued and experience a strong sense of connection to their museum. This process takes time, as it involves getting to know each volunteer and attending to their needs. A good volunteer manager carves out moments for conversation, asking after a volunteer’s interests and family.

Relationship-building is a priority for Carol. She considers every one of the volunteers as a friend and family member. “I have an open-door policy,” she says. “I have built a strong relationship with each volunteer and the volunteers know how much I care about them and their family—especially if they are experiencing major medical concerns.”

During the museum’s closure for COVID-19, Carol arranged to have staff reach out to all five hundred of their volunteers with phone calls to check in on them and let them know they were appreciated. Carol personally called certain volunteers often, knowing they were home alone. The volunteers were anxious to return to campus, so she provided them weekly updates.

“The most difficult part of my job is when a volunteer passes on. Out of respect for the family and for the many years of service the volunteer contributed, I make every effort to attend the funeral and have provided a eulogy at many services.”

3. An Inclusive Approach to Engagement

Despite the opportunities that exist to cultivate more volunteers as donors, it’s important to present donating as an option, not an expectation. As mentioned before, a volunteer should never be pressured into making a financial gift on top of their volunteer service.

This principle is especially important now, as museums reconfigure their programs for greater inclusion. A thriving volunteer program welcomes and values individuals of all income levels, encouraging engagement in a variety of ways, both on-site and digital, through invitations to member events, special receptions, or exhibit openings, and through educational enrichments and accessible volunteer roles.

The goal is not to foster a funnel for financial contributions; it’s to create an environment where every stakeholder has an opportunity to participate in the manner that’s most meaningful to them. Any financial giving is at the discretion of the volunteer, motivated by the clear message that their participation is welcome is many ways.

The Museum of Flight subscribes to this philosophy, making it clear that all contributions are equally valued, whether made in time, money, or care. For instance, when a group of restoration volunteers wanted to honor a volunteer who had passed away, they chose to place a mannequin by a favorite artifact of the volunteer’s. The museum encouraged the gesture and treated it as equal in value to a financial gift.

Robin sums it up best with this advice: “Be sensitive to the message and acknowledge the value of a volunteer’s time. There are a lot of cultures where time is much more valuable than money. Be sensitive in acknowledging both. We love and appreciate volunteers who prefer not to give. We will respect those boundaries.”

One thought on “Volunteers Want to Give: How to Respectfully Cultivate Donors from Your Corps”