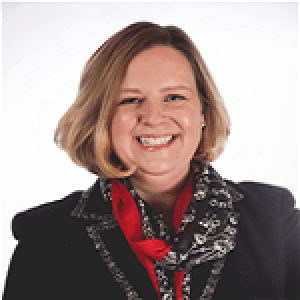 What if someone had told you in 2012 that something called augmented reality would soon take hold in museums? Or in 2016 that changing labor conditions were likely to increase worker flexibility and highlight wage disparities? In 2019 that blockchain, a little-understood digital ledger technology, might come to the field through applications like collectible digital art?

If you are a regular reader of AAM’s TrendsWatch, someone did tell you.

Every year since 2012, Elizabeth Merritt, the Founding Director of AAM’s Center for the Future of Museums, has collaborated with professionals across the field to research and write this report outlining emerging phenomena likely to impact museums, with remarkably prescient results. And she’s done it not through psychic ability, as far as I know, but through a disciplined, futurist practice called strategic foresight.

Strategic foresight, a structured approach to thinking about the future and preparing for change, first came to AAM in 2006. As the Alliance approached its 100th anniversary, our board began to reflect on what the next century might look like and to wonder how the field could be proactive in meeting it. Eventually, they called in Elizabeth, then the Director of AAM’s Excellence programs, who had a keen sense from her work of the common challenges and opportunities that faced museums. They asked her to found a new center dedicated to exploring trends that could impact museum operations.

Since then, the Center for the Future of Museums has been researching changes happening in museums and in the world, sharing findings in reports like TrendsWatch, and teaching museum people how they can use the same practices to think far outside of the strategic-planning box in their work. In a CFM planning workshop, participants start not from their current situations and their assumptions about what they can achieve, but by thinking decades into the future. Then, they work their way backward, figuring out what would need to happen to make the future they want a reality.

I’ve seen how liberating this strategy tool can be compared to the typical SWOT analysis. All of a sudden, people feel emboldened to come up with their most creative, innovative, and strategic ideas rather than letting fear of change and short-term thinking keep them clinging to the status quo. That’s the power of a futurist mindset: to remind us to think in terms of big possibilities and be courageous in going after them.

To help spread that mindset more widely, this year we’re printing the newest edition of TrendsWatch as an issue of Museum magazine. Our world seems to be changing faster than ever, and leading museums successfully into the future will require using foresight in every plan we make, not just our periodic strategic plans. This issue will help you get started, with articles unpacking some of the most pressing changes museums face: worrying partisan divides, accelerated digital evolutions, changing workplace norms, and renewed efforts in repatriation and restitution.