“There’s a lot of talk in this country about the federal deficit. But I think we should talk more about our empathy deficit—the ability to put ourselves in someone else’s shoes; to see the world through those who are different from us —the child who’s hungry, the laid-off steelworker, the immigrant woman cleaning your dorm room.”President Barack Obama

Empathy is hard-wired into mammalian nature—a basic function of the neurochemical pathways that help us form relationships. Empathy fosters the social bonds that hold us together, providing the biological foundation for abiding by social norms and building social trust. So it’s particularly disturbing that researchers across the globe are documenting a decline in this crucial capacity at a time when we dearly need to foster mutual understanding. The good news is that just as we can rehabilitate physical injuries, we can retrain our psyches to strengthen weak empathic skills. Museums’ inherent strengths position them to be effective “empathy engines” helping people to understand the “other” and reinforcing social bonds.

Emotional empathy is the ability to experience an emotional echo when others feel distress or joy; cognitive empathy is the ability to imagine how someone else may feel. Both kinds of empathy are critical to individual well-being and to a functioning society. People who exhibit cognitive empathy are more likely to behave in ways that are honest, courteous, charitable, and helpful to others, and both empathy and compassion are crucial elements of human happiness. Baked into our evolutionary make-up, empathy turns out to be yet another in a long list of “distinctly human” traits that are shared by other animals, from rodents to other primates. But as with any part of our bodies and minds, our ability to empathize can become impaired, and a deficit in empathy is characteristic of disorders ranging from narcissism to sociopathy.

In fact, there is troubling evidence of a widespread decline in empathy. A frequently cited meta-analysis by Konrath et al. at the University of Michigan in 2011 examined data from 72 empathy studies of over 14,000 American college students since 1979. This research revealed a 48-percent decline in empathy over the past four decades, with a particularly sharp decrease in emotional empathy—so-called empathic concern. Other research has documented a decline in empathy among medical students as they progress through their training. (This may in part be functional: surgeons report needing to be able to mute their empathic response in order to do their jobs.) A general decline in empathy puts societies at risk for an increase in acts of intolerance and aggression, and political gridlock. It’s even possible that the decline in empathy in the United States is linked to the nation’s current “epidemic of loneliness” and climbing suicide rate. Research indicates that some lonely people have low empathic skills, hindering their ability to assess how other people perceive them. Convinced that they are failing in their social interactions, lonely people can become yet more isolated and, in some cases, despondent and suicidal.

The growing empathy deficit has also been tied to a decline in social trust and a rise in discrimination, bullying, and hate crimes. These developments are of particular concern in a time when we are experiencing a global wave of forced migration that leaves many displaced people vulnerable to xenophobia and discrimination. The United States currently falls in the top 10 nations, globally, ranked by empathy, but continues to be rent by social unrest characterized by intolerance and bigotry.

It’s not clear what’s driving the empathic decline. Some believe that increased exposure to video games, social media, and screen time overall is damaging our ability to relate to people face-to-face. Some point to weakening family ties, reflected in the growing number of people living alone and the rising divorce rate. Others cite an increase in violence and bullying, inflated expectations of success, and a general increase in social isolation. But all of these phenomena could just as plausibly be caused by a shortage of empathy. One significant contributor to the growing empathy deficit may be our increasing self-segregation from people who are not like us. People are retreating to homogenous bubbles—where they live, where they work, whom they communicate with on social media. It’s hard to cultivate empathy for people who aren’t like you, with whom you never interact.

Even absent consensus about what’s damaging our empathic skills, researchers, policymakers, philanthropists, and technologists are exploring how to combat the decline. Virtual reality (which we explored in TrendsWatch 2016) turns out to be a veritable “empathy machine” because it gives people the opportunity to transport themselves into the digital equivalent of another person’s shoes. Planned Parenthood takes advantage of this power with their VR film Across the Line, which is designed to engender empathy for women who have to endure harassment from protesters in order to access reproductive health care. Stanford’s Virtual Human Interaction Lab is testing virtual reality’s ability to foster empathy for the homeless in a new study called “Empathy at Scale.” During the testing (some of which took place at San Jose’s Tech Museum of Innovation”), participants donned Oculus Rift VR equipment to experience what it was like to be evicted, lose a job, or sleep on the streets at night.

What This Means for Society

Empathy plays a vital role in civic participation and the functioning of democracy. The ability or inability of citizens and policy makers to “put themselves in the shoes” of others profoundly influences how we as a society address social ills such as homelessness, poverty, unemployment, and income inequality. Empathy with the least fortunate in society tends to lead us away from punitive and judgmental policies, and toward solutions premised on human value and dignity.

Empathy influences how we relate to nonhuman animals and to the environment, as well as to other people. “Empathy conservation” is being promoted as one approach to encouraging green behavior and support for policies that minimize the negative impacts of human activity on the natural world.

In the United States, our national decline in empathy may suggest the need to adjust the priorities of the education system. In Danish schools, teaching empathy is as important as teaching math or literature. (Which contributes, perhaps, to Denmark’s consistent ranking as one of the happiest countries on earth.) A weekly “class’s hour” is a regular part of the curriculum, involving group problem solving, eating cake, and sharing hygge (cozy) time. The Canada-based Roots of Empathy program has been shown to increase cooperative behavior and reduce bullying. In the United States, the National Endowment for the Arts is promoting the use of Restorative Justice Practices in schools, providing training in empathy and communication skills to decrease the use of suspension and expulsion. Such practices can have lifelong effects: there is a direct correlation between socioemotional skills in kindergarten and those children’s outcomes as young adults across educational attainment, employment, criminal activity, substance use, and mental health.

War is becoming an incessant struggle against terrorism, rather than relatively straightforward battles between armies. In a future marked by distributed conflict, fostering empathy may be the nonmilitary key to breaking the cycle of extremism and violence. And if, as many pundits have forecast, we are entering an era in which machines can outperform humans at both physical and cognitive tasks, then “social work,” based on emotional skills, may become the last bastion of human labor.

What This Means for Museums

As museums strive to document the tangible benefits they provide to society, some evidence is emerging that the immersive storytelling that takes place in museums can engender empathy. Analysis of data from the US General Social Survey shows that engagement with the arts (including visiting museums) is predictive of civic engagement, tolerance, and altruism. In 2013, researchers studying field trips to the recently opened Crystal Bridges Museum of American Art found that after just one visit, students exhibited increased “historical empathy” and higher levels of tolerance. And since socioemotional skills in general, including empathy, influence long-term outcomes in education and life, museums have the opportunity to make the case that by cultivating empathy, they are increasing the emotional, educational, and economic success of their communities.

Empathy is a powerful tool for influencing the public. Research conducted by Rebecca Herz at the Lower East Side Tenement Museum showed that empathy was the most common connection made between visitors and the exhibits—twice as common as connections to personal family history, four times as common as connections to contemporary events. This finding reinforced earlier research at the museum demonstrating that empathic feelings toward immigrants was a common outcome for visitors.

Thought leaders such as Michael Edson and Rob Stein have challenged museums to develop bolder visions for the impact they can have on society. Rather than being content with small good things, Stein contends, museums need to identify “moon shot” goals for their work. If empathy is indeed malleable, and immersive storytelling can induce empathic responses, then closing the empathy deficit is one moon shot museums may be able to make. In his presentation “Museums…So What?” (available on SlideShare), Stein, then deputy director of the Dallas Museum of Art, asked, “Is empathy the killer app for museums?”

Empathy: Why It Matters, and How to Get It, Roman Krznaric. TarcherPerigee, 2015. In this book, Krznaric argues that empathy is the necessary foundation of a happy, creative, and equitable society. 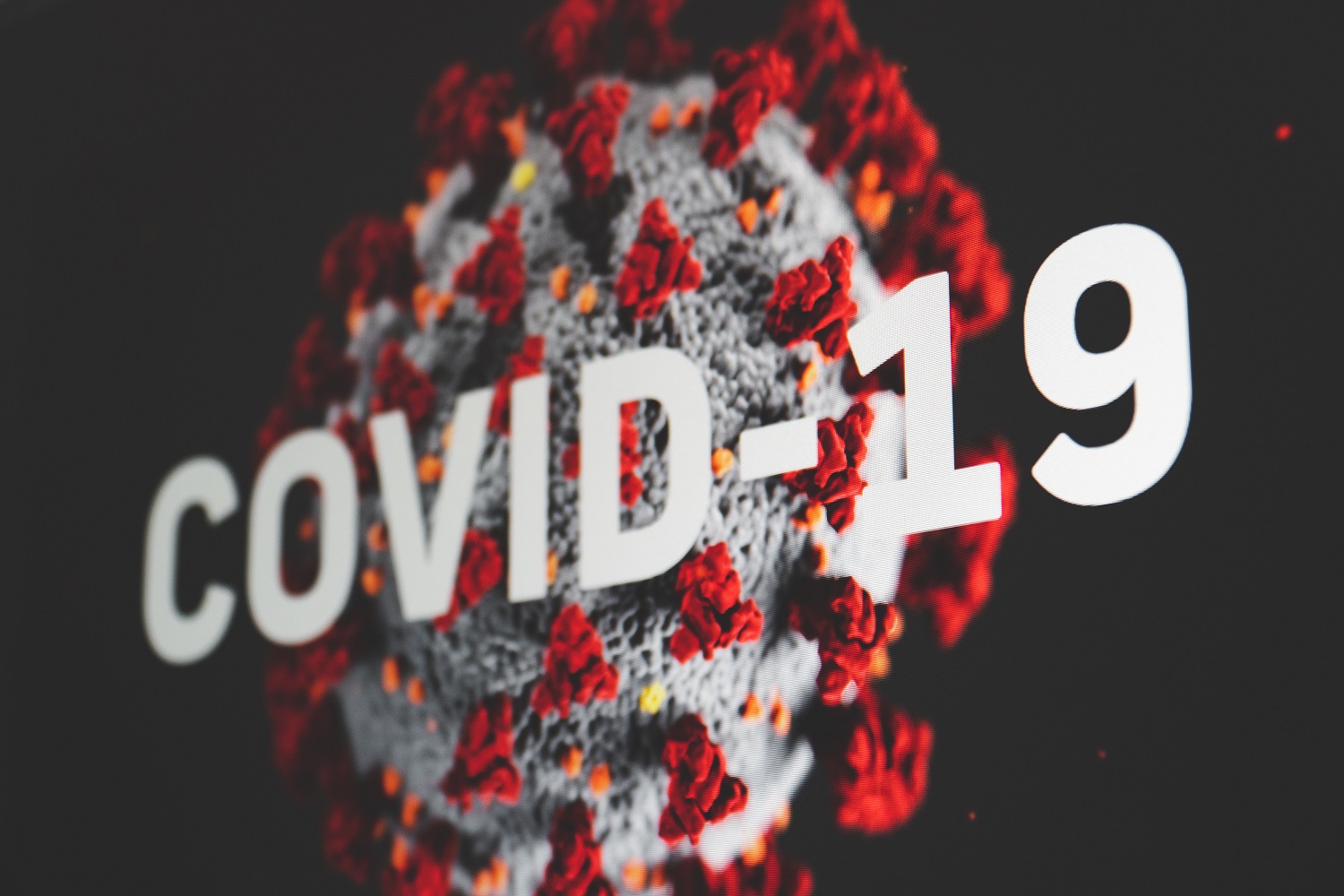 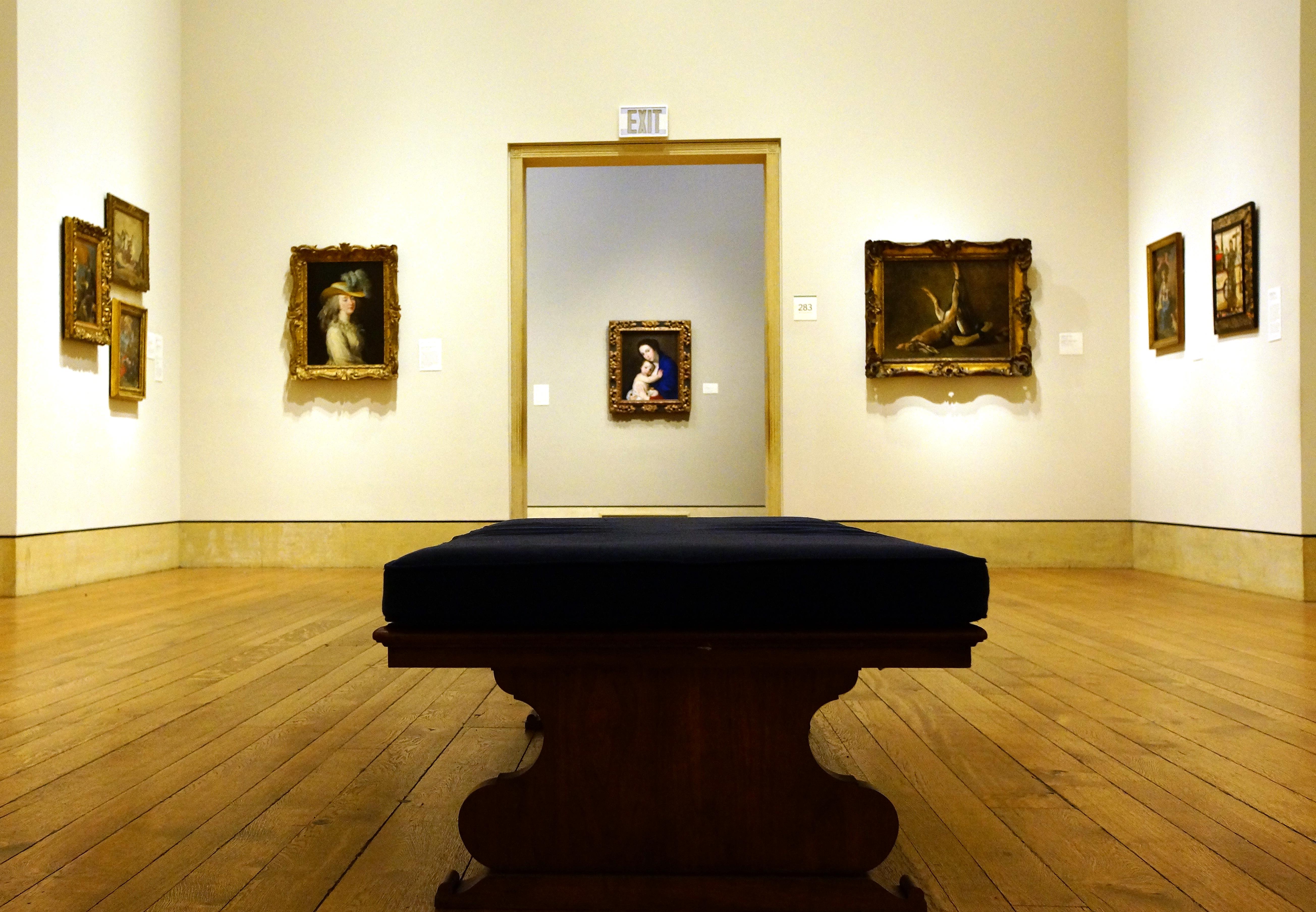 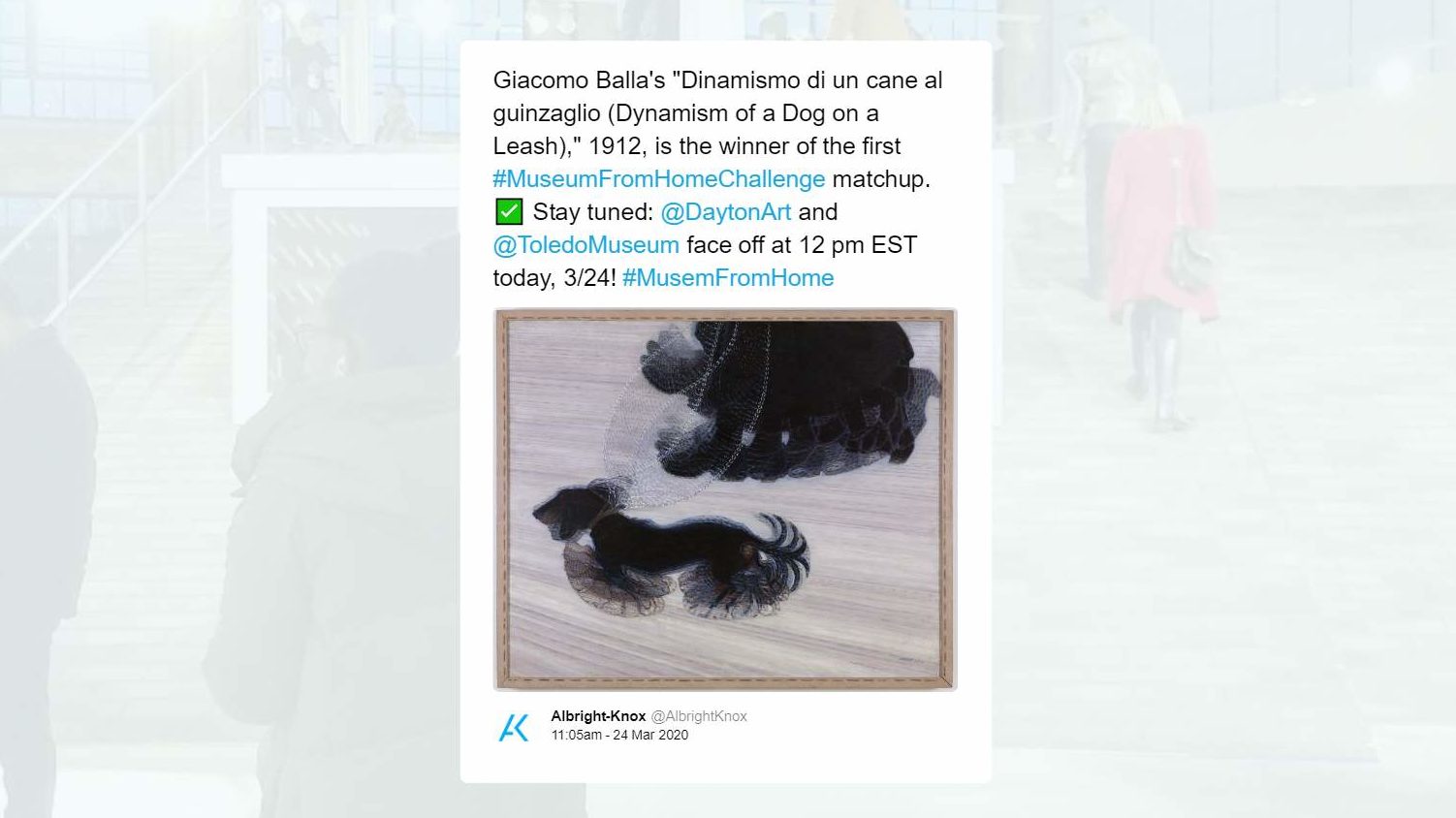 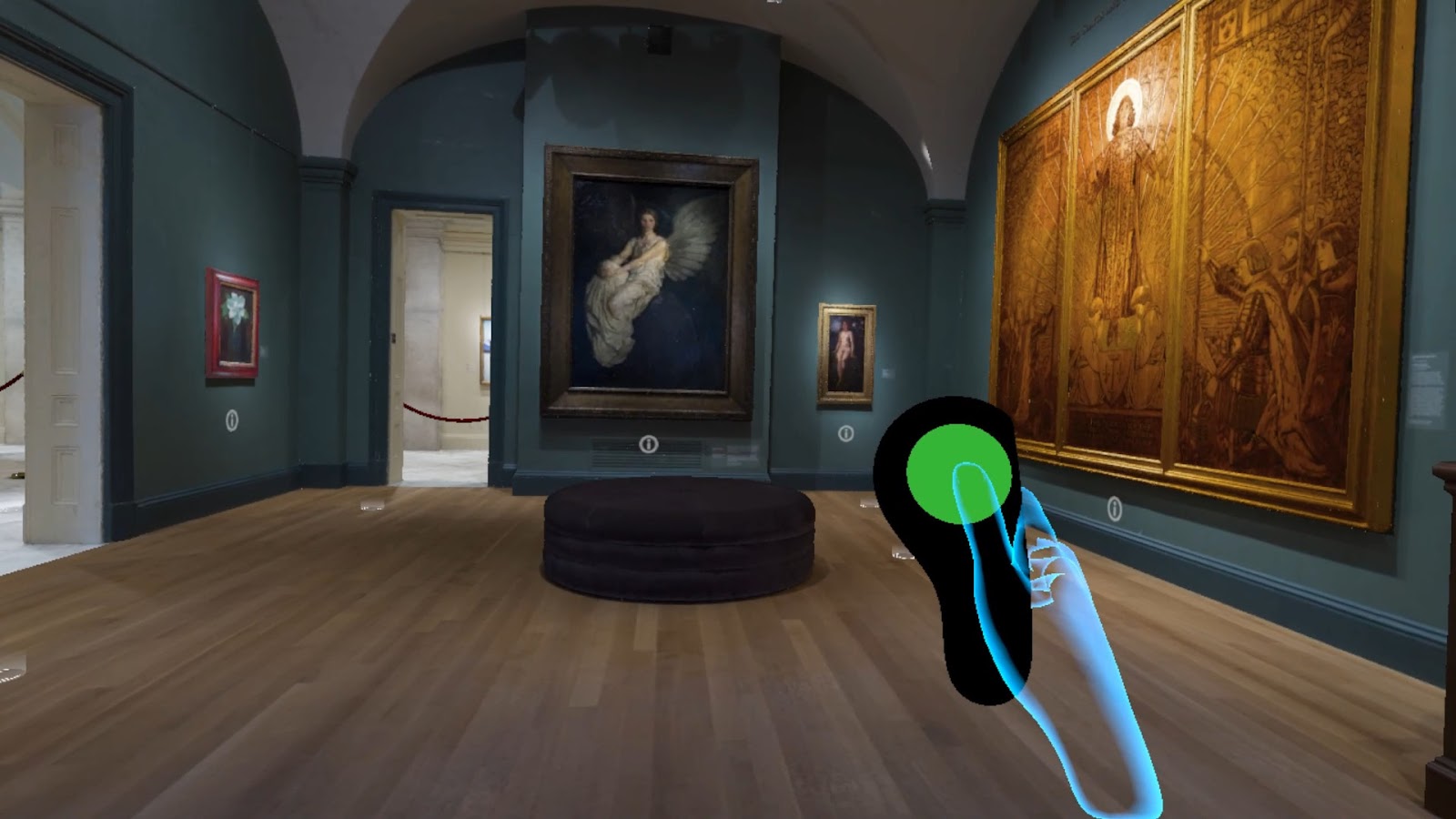 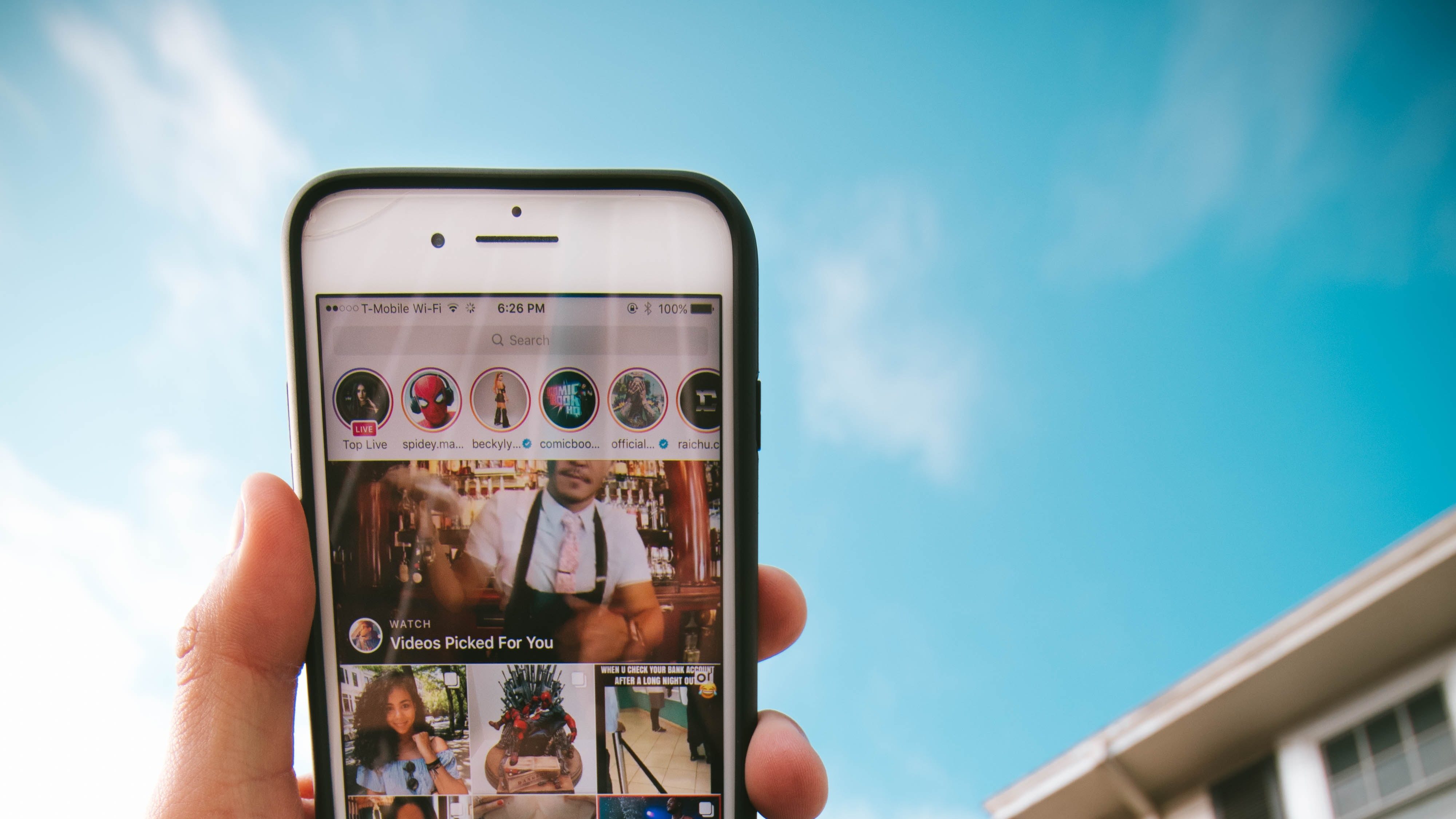 How Your Museum Can Use Social Media During COVID-19