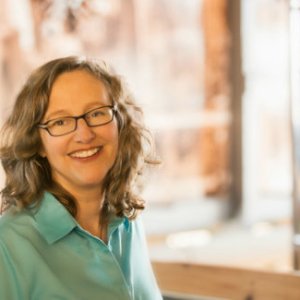 In 2013, it was clear that Glensheen, the historic Congdon estate on Lake Superior was in decline—and it wasn’t just a brick and mortar problem.

“Our attendance that year was at a low of 61,000, down from a high of 139,000 in the early 80s,” said director Dan Hartman. “And the conditions for that peak involved a nationally publicized trial for a double homicide that occurred in the main house.”

If visitorship continued at its current trajectory, there would have to be drastic changes including layoffs or worse, closure.

The standard advice given to Glensheen staffers was to capitalize on the estate’s 1977 greed-motivated murders. Truly, these horrific events read like an all-too-real Clue game ending in the brutal deaths of heiress Elisabeth Congdon and her night nurse, Velma Pieta.

Well-wishers often suggested Glensheen host a series of murder mystery dinners, events, and tours. In addition to the taste factor, given many direct relatives of the deceased are alive, staff felt that any campaign based on the tragedy was short-sighted.

The thought was, if you toured Glensheen purely out of curiosity of these terrible murders, you’d come once. But, if visitors could be enticed to see the architecture, the gardens, the family, the era or even just the Lake Superior location for more than that, chances are they’d be back.

It was with this in mind the team took on a new mission: Make Glensheen Hip. But how do you take a 1908 historic estate and make it fresh?

In the past, there weren’t a lot of reasons to drop by Glensheen. If you grew up in the Duluth, Minnesota region, you might have toured the estate when you were in 5th grade. And though the mansion did have some seasonal teas or dinners, the events were not growing.

But with these beautiful grounds on Lake Superior, what if the staff opened the gates and invited people to do inventive things? The team created a variety of new events with a few specific goals:

Thinking outside of the box landed them right onto Glensheen’s enormous pier—a wide, cement structure that juts into Lake Superior. Hartman asked, “What if we stick bands on it with the audience enjoying music from the shoreline?”

Soon the beach was filled with spectators and people began experiencing the concert from the water—from kayaks, boats, and floaties. Every Wednesday in July in 2017, Glensheen hosted a free concert with a singular record attendance of 1,900 people. Over the five Wednesdays, nearly 10,000 came to the estate and the public started to perceive Glensheen as a community asset. Concerts on the Pier was a hit.

While the estate does not charge admission for the event (they took in just over $2,000 for the month in donations at the event), the earned and social media made up for it.

“This event raised the profile of Glensheen and put us on people’s radar again. That’s important in a tourism destination like Duluth. When relatives and friends come from out of town, it’s locals who send visitors our way because of their own positive experiences on the estate,” says Hartman.

Soon Glensheen began hosting free events every Wednesday evening throughout the year. Some of the offerings beyond the concerts include a Chef in the Garden series, with food prepared from the estate’s extensive vegetable harvest, a Moonlight Snowshoe & Hike and a lakeside bonfire event with a cash bar. Other activities, which are more expected in a house museum, like Ted Talk-style evenings and a music series round out the year’s calendar.

“These free events feel right,” said Hartman. “They position Glensheen as a community center and give a reason to put us in the news and people’s social feeds. Most importantly, they’re low impact on staff.”

To make room in the estate’s schedule, Glensheen cut some of its largest events, such as a sprawling art fair and a Halloween celebration with over 1,000 carved pumpkins. While the event was popular, it was onerous and exhausting for the staff. Now the estate has several, smaller events and ends up with more visitors and attention over the year with far less effort and expense.

Like most long-lived institutions, Glensheen needed to get beyond its “we’ve always done it this way” attitude. This included a strict “no photography” policy.

For years, the estate prohibited photography in the house. The rule was intended to preserve the artifacts from flash damage, keep the goods out of sight of would-be thieves, and lay a shroud of mystery over the mansion. The theory was, “why pay to see it if it’s all online?”

The truth is today one can grab a decent snapshot without a flash. And by allowing people to show off the interiors of the house on their social media feeds, it generated huge interest in visiting.

Glensheen also put up signage encouraging people to tag the estate on social. The policy shift was considered radical and even made the statewide news. Most importantly, visitor numbers surged.

Back to Basics – New Tours

Of course, if you’re aiming for return visitors, you need to provide guests something new to see. Nearly 35 years elapsed at Glensheen without a new regular tour offering.

“I like to talk about the garden tour when I’m presenting at conferences because it was such a sad flop,” said Hartman. “Seriously, it’s my favorite tour with incredible research and interesting stories, but we just cannot give it away. But it speaks to our willingness to fail—and fail big. We’re just throwing spaghetti at the wall here to see what sticks.”

Much has stuck, such as Flashlight Tours. Glensheen has recently added a 21+ version, which includes an adult sippy cup to take through the mansion. Likely it’s the unexpected quirkiness of an adult sippy cup in a museum that has made it an easy sell.

One of the estate’s most inventive tours came about from staff sitting around and talking about the places at Glensheen they liked to show their closest friends. This conversation led to The Best Damn Tour, which includes a kayak trip and bonfire.

One of the best investments the estate made was moving a large portion of their advertising budget into promoting social posts on Facebook…and now Instagram as algorithms change.

“The key for us has been watching what does well and then putting money behind that,” said Hartman.

The estate also posts some BuzzFeed-style blog posts highlighting the top ten photo spots at Glensheen, best date night options, and an insider guide to enjoying the Concerts on the Pier.

Glensheen has also seen success with Facebook Live updates. One can watch Dan Hartman and marketing manager, Jane Pederson, on the platform showcasing aspects of an upcoming event or a nifty artifact. The estate is also on Snapchat, which has a following of its own.

Another popular promotion has been the rough-cut video series on YouTube called Hack Duluth with over a million views.

Looking at the zip codes collected from Glensheen’s ticketing system, the team saw the vast majority of their visitors do not live in the northern Minnesota region. So to get people to come to Glensheen from the Twin Cities of Minneapolis and St. Paul, they needed to entice them to come to the region. That’s where the Hack Duluth series originated from—the theory was if they got them to our city, we have a much better chance of getting them to Glensheen.

The video shows off hometown favorites from the beloved greasy spoon to off-the-beaten trail hiking spots, to the best bars.

“Everybody likes to feel like an insider, and honestly, we just love showing off our city,” says Hartman.

And it would seem there’s a lot of love going around. The 2017 totals came in at 141,000 guests—above the previous all-time high and made it the number one most visited historic home museum in the Midwest. The increased attention also helped land Glensheen a coveted spot on the State of Minnesota bonding proposal, which could mean funds for needed repairs.

“It’s amazing to have buzz about the estate. It’s given us the opportunity to educate about the Congdons who built Glensheen and how they fit into our regional, state and national history,” says Hartman.

Because after all the flashlight tours and concerts, and Facebook antics, it’s still about sharing these critical narratives.

One thought on “From Stodgy to Story – Glensheen’s historic transformation”