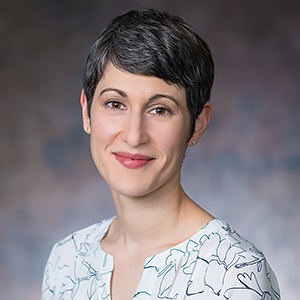 The final keynote speaker at this year’s AAM Annual Meeting In New Orleans was Jose Antonio Vargas, author of Dear America: Notes of an Undocumented Citizen, Pulitzer-prize-winning journalist, filmmaker, and founder and CEO of the nonprofit Define American. Born in the Philippines, Vargas was twelve years old when his mother put him on a plane to the United States to live with his grandparents. It was not until he applied for a driving permit that he learned his immigration papers were fake and that he was living in the United States illegally with no path to citizenship. After speaking to at least ten immigration lawyers, who all advised against it, Vargas published his full story in the New York Times Magazine in 2011 and has been openly undocumented ever since. As he told the audience at AAM, every time he must pass security at an airport, he risks deportation. Of the many thought-provoking things Vargas said in his talk, the one that resonated most with me was his observation that “Most Americans are trapped in a history that they do not understand.”

With immigration, for instance, many Americans are unaware of the country’s history of inherently racist legislation, which weakens their understanding of the forces at work in modern immigration policy. But museums have the power to intervene in this problem, and some have, from centering the role of immigrants in their collections to supporting immigrants in pursuing citizenship. Several examples of this were on display at the Annual Meeting.

The history of immigration and naturalization in the United States is marked by exclusion. The earliest legislation addressing it in 1790 specified that only “free white” people were eligible. Later laws like the Chinese Exclusion Act of 1882 and the Indian Citizenship and Johnson-Reed Acts of 1924 used citizenship against specific minority groups, including by blocking or limiting their eligibility. The quota system established by the Johnson-Reed Act was eliminated with the Immigration and Nationality Act of 1965, leading to profound demographic shifts as immigration from Europe declined and newly established immigrants from Latin America and Asia began to bring their families. Since that change, there has been a pervasive belief that so-called “chain migration” is bad for the economy, which is demonstrably false, and a tendency to regard immigrants suspiciously as potential criminals and terrorists, leading to legislation like the 1996 Illegal Immigration Reform and Immigrant Responsibility Act and the 2017 Executive Order barring entry to refugees from Syria and immigrants from seven Muslim-majority countries.

Amid this climate, some museums have worked to illuminate the history and promote the belief that diversity in national origin is a strength rather than a weakness. For instance, both to highlight the contributions of immigrants and protest the 2017 travel ban, the Davis Museum at Wellesley College presented Art-Less, in which it removed or covered objects on view that had been created or donated by an immigrant, replacing them with labels saying so. The result was the elimination of about 20 percent of the objects on display in the permanent collection galleries and nearly 80 percent in the African galleries, where most of the works had been donated by a family who emigrated from Poland after World War II. The project was inspired by a statement on the travel ban by the Association of Art Museum Directors and made possible by recent research the museum had conducted for a reinstallation of the permanent collection galleries. The New England Museum Association (NEMA) hosted a panel discussion at the Davis) about Art-Less discussing its timeliness and impact especially in a university setting that I was lucky enough to attend.

Another example of a museum celebrating the unique stories of immigrants is the Global Guides Program at the Penn Museum, where immigrants and refugees interpret the collection for visitors while sharing personal stories about life in their home countries. The program has the dual purpose of counteracting stereotypes about people from the Middle East (it is the countries in this region that were included in the travel ban) and helping new immigrants feel less lonely. During the Annual Meeting, two of the Global Guides, Abdulhadi Al-Karfawi and Yaroub Al-Obaidi, described their experiences as immigrants from Iraq and how the program helped them move forward with their new lives in the United States. Al-Karfawi spoke candidly about feeling isolated in a new place until he found the Global Guides Program. The objects on display in the Middle East Galleries are pieces of his home and he feels connected to them and energized by sharing them with museum visitors. For Al-Obaidi, who left a job as a lecturer at the University of Baghdad when he emigrated to the United States with his family, the Global Guides Program provides the opportunity to act as an ambassador for his country using his professional skills. The Penn Museum, recognizing that it was asking its Global Guides to be vulnerable in public in a way different from other guides and docents, made them full employees. It also collaborated with the Global Guides to host a community night for people living in Philadelphia who had emigrated from the Middle East; they expected fifty people to attend but more than two hundred did.

Museums are also working to help immigrants become citizens and celebrating when they are naturalized. Among the Diversity, Equity, Accessibility, and Inclusion Award winners at the Annual Meeting was the New-York Historical Society for The Citizenship Project, in which the museum uses objects from its collection to teach green card holders about United States history and the constitution, to help them study to pass the naturalization exam. Many museums host naturalization ceremonies. Just the first page of a Google search for “naturalization ceremonies at museums” includes the Norman Rockwell Museum, The National WWII Museum, the United States Holocaust Memorial Museum, and the Smithsonian National Museum of American History. The Museum of Fine Arts, Boston goes one step further, offering a free one-year family membership to newly naturalized citizens who are residents of Massachusetts.

Vargas closed his speech by asking the attendees a series of questions: How are you creating a culture of welcome? In what ways are you telling the full story of America? How are you defining American by redefining the “master narrative”? How are you caring for the soul? It seems to me that these examples of what museums have done in support of immigrants both past and present are part of how we answer him and honor his courage.

Carla Galfano is the museum registrar at the American University Museum in Washington, DC. She has an MA in art history from the University of Connecticut, an MLIS in archival studies from Drexel University, and a diploma in conservation from the Istituto per l’Arte e il Restauro in Florence, Italy. She served as a Social Media Journalist at the 2019 AAM Annual Meeting & MuseumExpo.