This article originally appeared in the November/December 2019 issue of Museum magazine, a benefit of AAM membership.

“In forty years of medical practice,” wrote the late neurologist Oliver Sacks, “I have found only two types of non-pharmaceutical ‘therapy’ to be vitally important for patients with chronic neurological diseases: music and gardens.”

As a psychologist who for eight years has led a cultural enrichment program called OutGoing, Sacks’ observation resonates with me, although I would add museums, galleries, and performance spaces to his list.

Shy or socially awkward people often feel unsafe and uncertain with situations and settings that the rest of us take for granted. As museum professionals know, intrinsic physical, social, intellectual, and emotional safety are prerequisites for experiencing the transformation that a cultural life affords.

With OutGoing, I’m able to help group members focus on wellness and consider their holistic life needs through our visits to museums and other cultural institutions. The dynamic is often very different than what happens in a traditional talk therapy group; in addition to the tendency to discuss the day’s events in real-time, members may be more likely to talk about themselves.

Eight years ago, I sought to expand the social comfort and “conversational currency” among young adults in a traditional talk therapy group. Mental health professionals see talk therapy as an opportunity to move past suffering to a more fulfilling existence and believe that group therapy helps people discover universal human experiences.

These particular group members had some difficulty engaging in the group until I added a board game component. With a shared activity, they began to establish rapport, and I began to see their moods brighten and their self-expression expand as they shared details of their lives more spontaneously. They took turns teaching each other, and members began to trust one another. I honored that change in the group dynamic by encouraging outside exploration of our Houston community.

One Sunday afternoon, the group and I headed to the Bayou City Art Festival. We got lost and found our way together, met with artists, and improvised our refuge from a rainstorm inside City Hall. Ever since we have met monthly for a group-chosen cultural activity and a meal.

I wouldn’t know nearly as much about these young adults if we were limited to traditional in-office therapy. For example, I might not otherwise know that one young woman I’ve known for years is the great-granddaughter of a female Mexican revolutionary who rode with Pancho Villa. She shared this while we toured the Mexican modernism exhibition at the Museum of Fine Arts, Houston in 2017.

Navigating novel physical settings, learning, playing, and breaking bread together provide ample opportunities for naturally learning about the world and one another. Although some group members have graduated and new ones have joined, we quickly became, in museum practitioner terminology, repeat visitors.

A central tenet of psychology is that learning is the foundation for behavior change. As such, institutions that exist for the diffusion of knowledge offer endless potential for human growth and development.

Numerous research studies demonstrate the sustained cognitive and emotional benefits of field trips for children and teens. In line with this research, I certainly have observed the powerful psychosocial and intellectual enrichment that OutGoing participants experience.

Group members have consistently parlayed increased social comfort into employment, continued social enrichment, and self-enhancement. I have observed mood improvements among group members that correspond to novelty, participation, and socializing. I often wonder if, for some, our group might serve as an antidote to the tendency for socially isolated individuals to ruminate, thereby creating new neural connections around familiar patterns of suffering.

The generous museum and arts community in Houston has welcomed us over the years with facilitated tours and talk-backs, making our outings even more special. We are treated to post-event feedback from museum professionals who often are kind enough to meet us on their days off. I would guess that the outings not only bolster the health and welfare of OutGoing participants but also enrich the lives of host practitioners.

I have often been struck by how readily group members relate to disparate narratives. One of our first Houston Museum of Natural Science outings illustrated what set museum-based learning apart from our experiences involving performance.

We viewed the Medici exhibition, which had four reliefs depicting the same story of Phaeton, son of Apollo, driving his father’s chariot. As the fable goes, the son neglected to listen to his father, the horses got spooked when the chariot overheated, and Zeus had to bail him out at the last minute.

“How important to this culture must this story be for there to be not one but four depictions of the same story in this exhibition?” I wondered aloud. “It’s an old ‘Dad can I borrow the car keys?’ story!” exclaimed a group member who had previously been nearly silent during in-office group sessions. It was an early example of the change that occurs with group learning, relating, and imagining around museum objects.

We choose our outings democratically, and the group often opts for difficult exhibition material. When group members are fascinated by objects that are disturbing, it is an opportunity for inoculation against an unpleasant stimulus or thought.

In 2016, the group selected “In the Wake” at the Asia Society Texas Center, which dealt with collective memory and recovery following the 2011 Japanese earthquake, tsunami, and Fukushima nuclear disaster. Last year, the group chose the “Walls Turned Sideways” exhibition at the Contemporary Arts Museum Houston, which critically considered the relationship between museums and prisons with respect to money and power. With this exhibition, as well as others, our post-exhibition lunch conversation covered human survival and social justice.

At its best, the OutGoing group is the application of what is often referred to as experiential or in vivo therapy, which favors a shared activity that engages the imagination and the senses. I have observed individual members evolve over eight years in ways that suggest promising further development; they have parlayed their increased social comfort and confidence into living more independently. Some are even working in the arts community.

This programming deserves investigation in collaboration with the museum and mental health communities. Based on my involvement with museums to date, I believe that they can advance institutional goals related to access, community engagement, outreach, education, inclusion, and translation with such collaboration.

Personally, my favorite professional activity is learning shoulder to shoulder with the OutGoing group members, discovering safety and community in the places we love most. It is a testament to the powerful sense of belonging, mastery, imagination, and resiliency that museums and other cultural institutions provide.

Watch noted psychologist Rachel Winer talk about using museums as a tool to help those struggling to connect with the world.

Oliver Sacks, Musicophilia: Tales of Music and the Brain, 2007

Rachel Tova Winer is a clinical psychologist from New York who currently practices in Houston. Her work with cultural enrichment groups is the subject of a forthcoming book sponsored by The Jung Center. 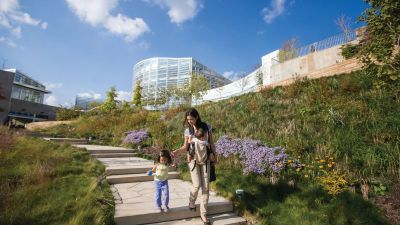 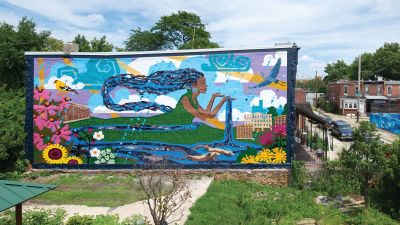