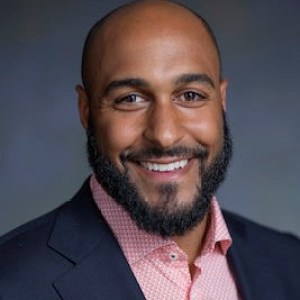 “Does your museum celebrate Blackness in the stories it tells? Are museums enablers of freedom? Of Black freedom?”

On June 19, 1865, General Gordon Granger of the Union Army strolled into Galveston, Texas, to announce that the last of the enslaved people in the Confederacy were free from the shackles of slavery. That day, two years after the Emancipation Proclamation, more than 250 thousand remaining enslaved people found out they were freed.

Over time, this historical meaning of Juneteenth has transformed from a day of celebration to commemorate the end of slavery into something tied much more closely into the larger struggle around the civil rights movement, racial justice, and—most recently—the Black Lives Matter movement. Texas made it an official holiday in 1980, and forty-six other states and the District of Columbia now mark it a holiday or as some sort of day of observation. No matter how it’s observed, Juneteenth has and always will be about one specific thing: Black freedom.

Black freedom. Something that so many of us have fought and died for. Something that institutions and structures of power in the United States have shown little interest in attaining for its people or themselves.

Up until this year, Juneteenth to me has been a time of celebration and a day of respite that falls almost exactly in the middle of the American calendar year. It has served as a halfway marker, a reset of sorts. This year, though, my heart is too heavy to celebrate. I’m tired, and I can’t get the image of that white policeman, Derek Chauvin, jabbing his knee into George Floyd’s neck while he and his “fellow” officers listened to George beg for his dead mother. My heart aches for the lost lives of Ahmaud Arbery, Breonna Taylor, Tony McDade, and David McAtee. As over sixteen hundred protests have taken place across all fifty states, even more have joined the unfathomable list of dead Black bodies, including two Black trans women, Riah Milton and Dominque Fells; nineteen-year-old Black Lives Matter activist Toyin Salau; twenty-seven-year-old father Rayshard Brooks, who fell asleep while drunk in Atlanta; and two Black men by the names of Robert Fuller and Malcolm Harsh who were found hanging from trees in California. These are the dead that I know of.

Juneteenth was the day the last enslaved people were freed from captivity, but Black people have never been fully free in America. From Juneteenth onward, up until the Voting Rights Act of 1965, Black people were living under racist Jim Crow laws, segregation, second-class citizenship, and state-sanctioned terrorism perpetrated not just by white men in hoods but by local police departments themselves.

Even in the fifty-five years since, Black Americans have been systematically disenfranchised and treated as second-class citizens in a multitude of ways. Redlining—federal government agencies, local governments, and private companies systematically denying various services including bank loans and insurance—created decades of disproportionately low investment in primarily Black communities across this country, leading to a stark racial wealth gap that still exists between whites and Blacks today. This, coupled with over-policing of Black neighborhoods and people, created what we now call the era of mass incarceration, with Black people making up 33 percent of the sentenced prison population despite only being 12 percent of the overall adult population. Meanwhile, slavery was supposed to be abolished, but due to a prison industrial complex that generates profits in a variety of ways, no-wage and low-wage prison labor is allowed to continue under the Thirteenth Amendment. Current and former prisoners are disenfranchised, disallowed from voting in most states, but are still counted in the US Census, sending added resources and representation to the counties that house them. Essentially, Black and brown bodies are being used against their will to be counted for something they can’t participate in.

America was not built with Black freedom in mind, but the context we’re in at this moment forces me to stare even deeper into the ugly of it all. Juneteenth for me will be about reconnecting with what it means to be free. It will be about celebrating the countless Black people who have done everything in their power to demand, fight, and strive for me to be where I am today. I will celebrate them and find joy where I can, because that is a form of resistance. I will celebrate the last enslaved people, my ancestors, freed from the shackles of bondage. But know that when that celebration is over, I’ll again see us in bondage everywhere I look, whether it be in handcuffs, in prison cells, or in the systems of oppression that we navigate both outside the walls of our museums and within them.

We’ve come a very long way, but I challenge all of us to use this day to think about the systems that we interact with daily. Are they reinforcing and perpetuating racism and oppression, or are they systems that create more freedom? Can you even imagine a system that creates freedom and liberation for all of us? If so, what got you to this point? If not, why do you think you can’t imagine it yet? Do you know the story of the struggle for Black freedom in this country? Are you helping your colleagues and community get more free? Does your museum celebrate Blackness in the stories it tells?  Are museums enablers of freedom? Of Black freedom?

2 thoughts on “What Juneteenth Means This Year”