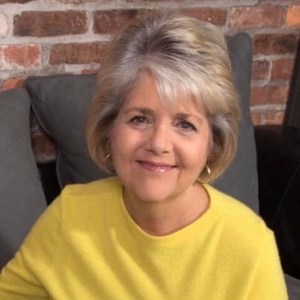 The Frazier History Museum is located on Main Street in Downtown Louisville, Kentucky, at the corner of Ninth Street. 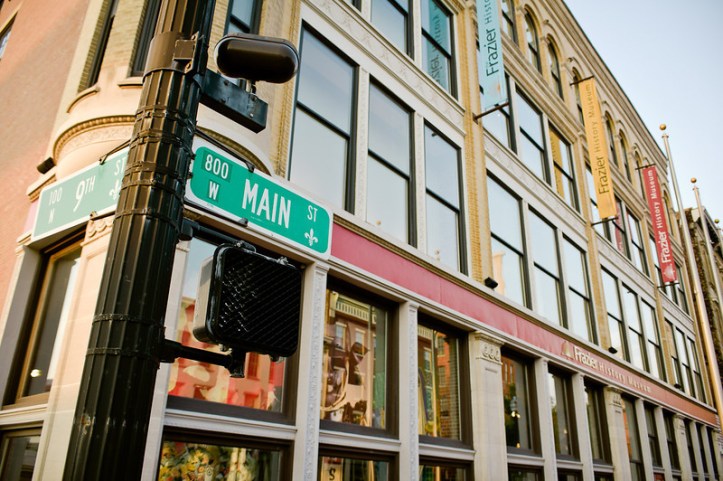 What makes our address significant, historically significant, is that Ninth Street has long been known as the “Ninth Street Divide,” separating the demographically distinct east and west sides of Louisville. It’s this separation that has us listed in some studies as the fourth most racially segregated city in the country.

And it’s that divide which initially prompted the Frazier History Museum to bridge differences in our city, and in our museum.

That’s where I enter the picture.

My name is Rachel Platt.

I am the Director of Community Engagement at the Frazier History Museum, a position I have held for just over two years.

Prior to my hiring in January of 2019, I had worked at WHAS-TV in Louisville, as an anchor and reporter, for nearly thirty years and was looking to make a change.

I was looking for a second chapter that would utilize my skill set, my contacts, my passion for storytelling, my love for this city, and the thing I loved most about working in journalism: producing something relevant that could help move the needle toward change.

I felt with the Frazier’s new mission and mine, we were in sync to start these conversations about the divide. 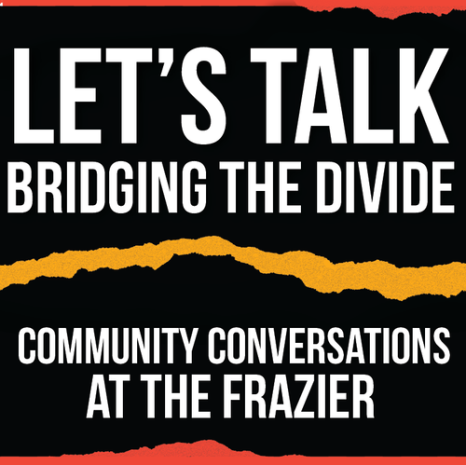 What wouldn’t be easy were some of the conversations, tough conversations with diverse voices, in some cases those of people who had never been to our museum.

It was new territory, but familiar territory for me as a journalist tackling tough issues with varying perspectives, and helping to navigate as a moderator.

I use the word navigate because that’s how I see myself, not as the one who informs the audience in these conversations, but the one who asks questions of the experts, and has done their homework on the issues to help lead and react to the discussion.

And when I need help, I bring in a co-moderator who can add depth, knowledge, and expertise.

Because of my longevity in the community as a journalist, my contacts run deep, and if I don’t already have a cell phone number, I know how to get it and invite folks to the table to talk—all kinds of folks.  I’ve had the good fortune of great panelists, I think in part because people know me, know my work, and have a sense of trust as we navigate our divides.

Race is just one divide we’ve been addressing through our conversations.

We’ve been delving into a host of different “divides” with live programming (now Zoom programming in light of the pandemic) and video interviews each week with newsmakers in our Virtual Magazine.

Keep in mind, this programming began in early 2019, about a year before the Breonna Taylor case touched off weeks of protests in Louisville and calls for racial equity.

That case of course on the heels of George Floyd, the tipping point for so much of our country.

I’ll get back to our programming surrounding those cases in just a moment, but first I want to fill you in on some of the topics we have covered before and after that defining moment in our city.

My first program focused on the W.E.B. DuBois Academy, a new school with an Afrocentric curriculum opening as part of Jefferson County Public Schools. It was a new concept to Louisville, and was getting a lot of attention. We explored the need for the school, and panelists answered questions from the public.

When an equivalent school for girls with an Afrocentric STEAM curriculum was announced, the Grace M. James Academy of Excellence, we did another program called Black Girl Magic. 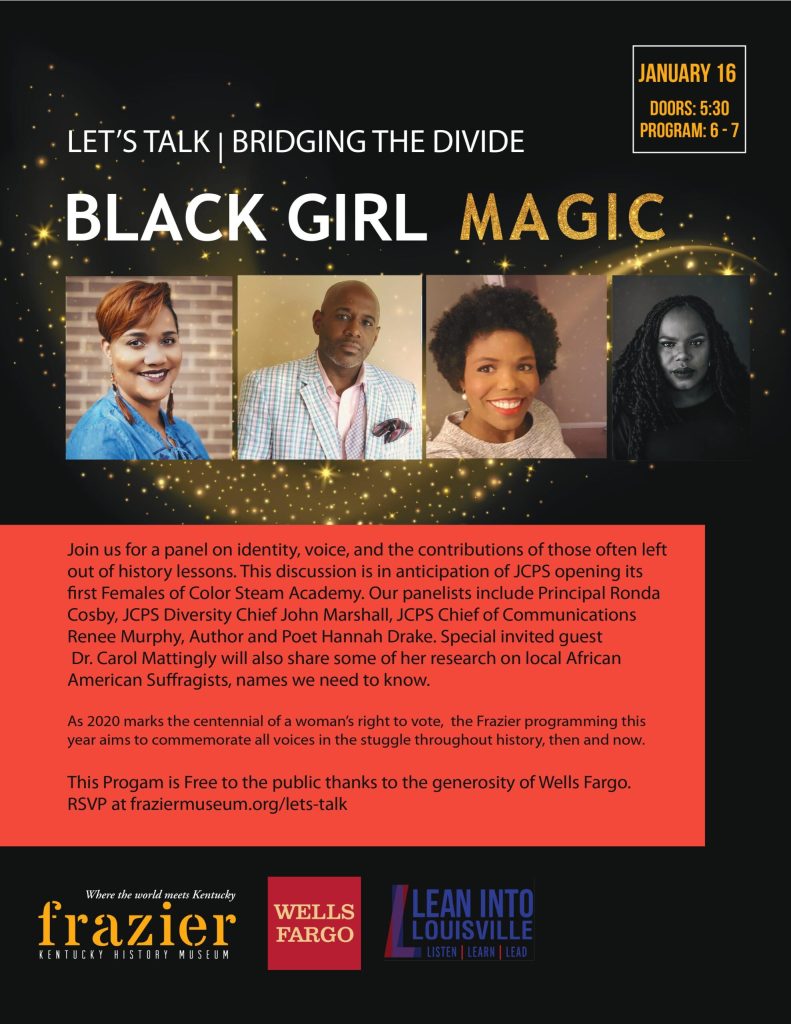 The principal from the school joined us as well as other women to talk about role models, natural hair, and how they had often felt isolated and left out of history.

It was a night that left me with a better understanding of white privilege, because my experience was so vastly different than what they described. It had me squirming a bit, but it was a teachable moment. I listened and learned.

We also included a local historian on that panel to share the names of many black suffragists from Louisville, whose names appeared in our exhibit, What is a Vote Worth? Suffrage Then and Now, commemorating the centennial of the Nineteenth Amendment. These were names many of us didn’t know but should have, names that had been left out of the history books.

The fuller history is now part of all discussions at the Frazier, not just with programming, but exhibits as well.

We recently hosted Dan Weiss, the President and CEO of the Metropolitan Museum of Art, along with leaders from many of our cultural institutions in Louisville on how we can all improve upon those efforts.

Weiss spelled out ways the Met plans on becoming more diverse and inclusive, and how he should be held accountable for that change.

The discussion on hate crimes was tied to a temporary exhibit at the Frazier, Violins of Hope, which dealt with the atrocities of the Holocaust. We also discussed a fatal shooting in Louisville at a local grocery store that targeted two African Americans, one of whose daughter was a special guest in our audience. We talked about hate still being our midst, as hate crime charges were brought against the suspect.

As the pandemic consumed us and the presidential election drew near, we tackled the topic of voting, and voter suppression, with Kentucky’s Secretary of State among the panelists.

As our political divide grew, we brought in lawmakers from both sides of the aisle to talk about civil discourse and civility. (We may need a second round in those talks!)

When the police department was under fire for a controversial traffic stop of a Black teenager, we invited the Police Chief, the Fraternal Order of Police, and the Urban League. The teenager and his mother, as well as their attorney, were also part of the program that asked some tough questions about who we were as a city. Questions like, would a white teenager have been pulled over for an alleged wide turn, then handcuffed as a dog searched his car?

It was foreshadowing to bigger conversations we would have about race and policing.

Because we had already started those conversations at the museum, we had developed that space to talk, to challenge, to disagree, and to look for any common ground as a community, our reach and audience growing with each discussion.

And then Breonna Taylor was shot and killed in her home during a police raid, touching off protests, and questions about police accountability.

Calls for justice spilled onto the streets, the police department began revisiting its policies, and our history like so many other cities with issues like redlining, gentrification, and inequitable investment—was being discussed.

We have continued our mission of engaging in those conversations, and held a panel discussion on policing and social justice just months after Taylor was killed. 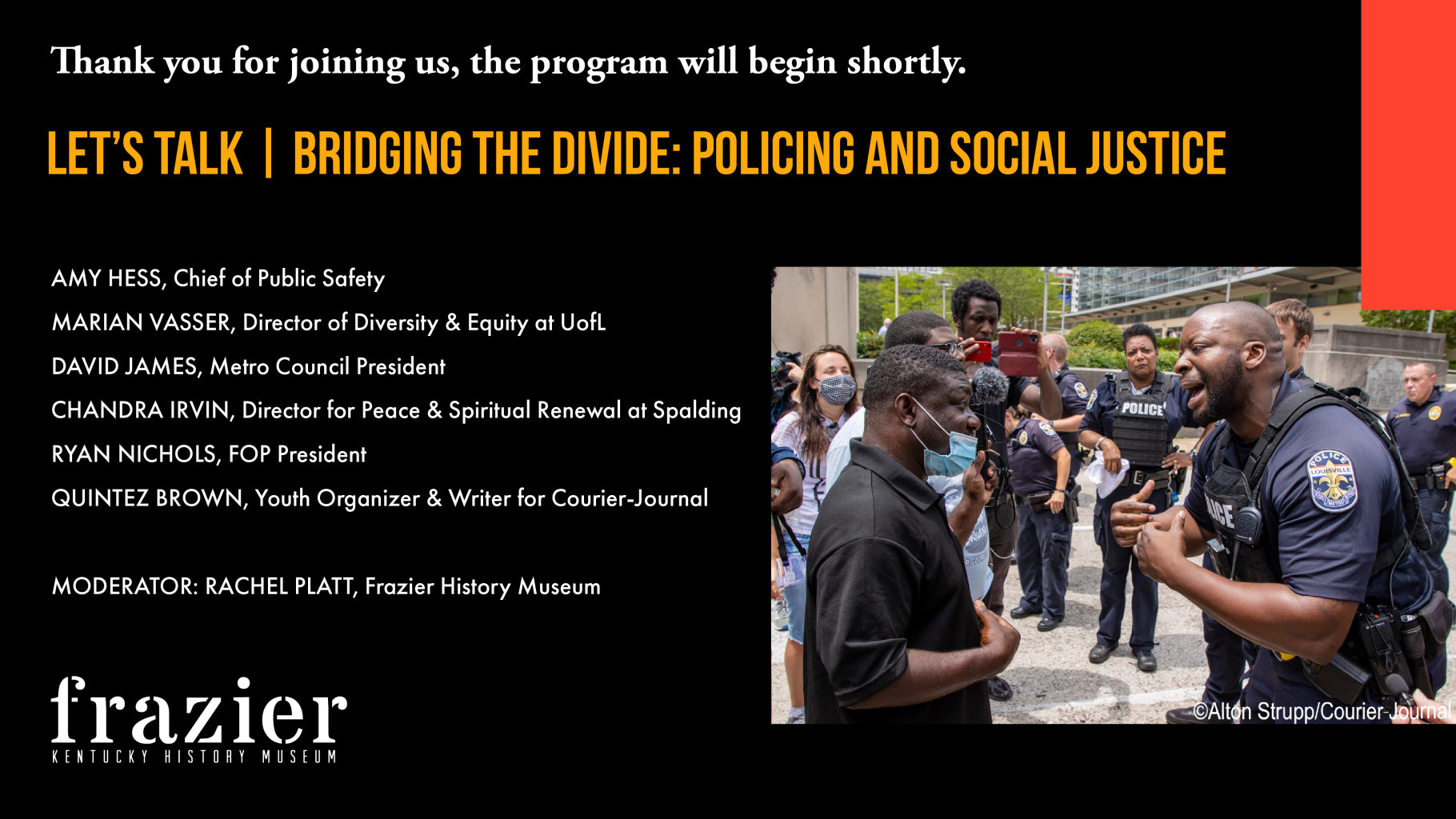 That panel included police and activists.

There was pushback from some, including an activist who thought it was too soon to talk about the case prior to a decision from the Attorney General, and too soon to be at the table with police.

I called many people, including that activist. These were honest and raw conversations about why it could be more harmful to wait; our city was hurting. The activist wished me well but chose not to participate.

We moved ahead with our panel discussion, though it was apparent it will take a lot of talk and action before the hurt and distrust subside.

This may not be typical territory for a museum, but I argue perhaps it should be.

Is it risky? It can be, with some saying it’s too political and not our job.

But we are institutions that are often the cornerstones of our communities, with a mission to “engage and to educate,” and we can lean into that.

Our most recent discussion was on Louisville’s reckoning with race. It included the mayor, the president of the University of Louisville (who’s on a mission to make the school a premier anti-racist institution), a state senator, a professor of pan-African studies, a member of the ACLU, and the President and CEO of a new African American museum in our city, Roots 101.

We asked questions of our audience and gave them a chance to ask their own.

Did we solve all of our problems? Of course not. But are we opening avenues to talk about the uncomfortable, and to grow? Yes.

We followed up with a resource sheet of suggested reading materials from our panelists to our audience. One panelist even had a starter kit to learn about racism. 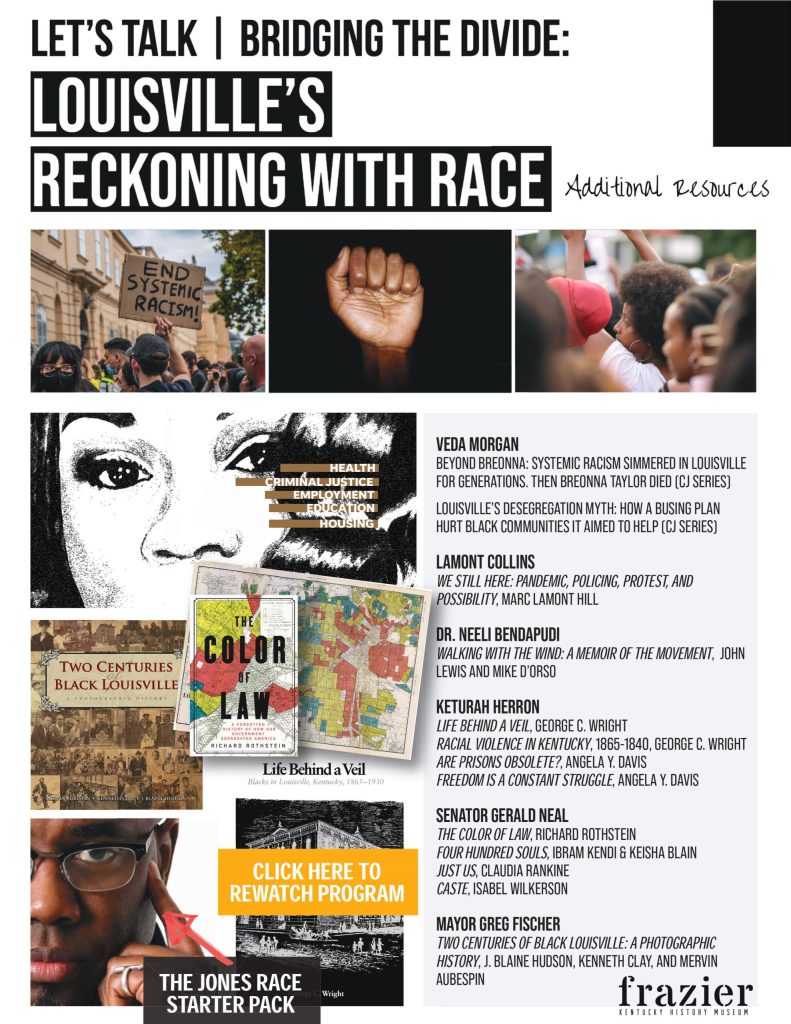 There it is again, that mission, “engage and educate.”

And then I received this note following our program on race: “This a great way to bring the Frazier’s institutional might and standing to bear on the challenges we face right now.  I so appreciate your work to make the Frazier both an engaging resource for discovering history and a relevant force in the history we’re living today.”

History we’re living today with a chance to bridge the divides of our past, and our present, for a fuller and more inclusive picture.

It’s the side of history I want to be on, at an address on Main Street and the corner of Ninth.

An address that one day I am hoping won’t be about divides, but bridges, in our city, and in our museum.

Have a heart for the work. It can be uncomfortable and you will have critics on all sides, so you have to believe in what you’re doing.

Develop contacts with varying voices. Follow those voices on social media to learn about how they feel, what they are doing, and reach out to them.

Engage beyond the walls of your organization with those contacts (they will start sending you ideas!)

Be in touch with the pulse of your community by being a part of it. Actively pursue knowledge in all parts of where you live through organizations, newspapers and publications, social media, direct contact, showing up at events, and engaging.

Make sure to have diversity of participants in programs as well as diversity in sponsors and partners (Our partnerships have been crucial in reaching new audiences).

Being uncomfortable leads to growth.

Reach out to those who push back to understand why, and see if there is common ground and a way forward (some of my toughest conversations led to new perspectives on how to handle programs).

Rachel Platt is the Director of Community Engagement at Frazier History Museum.