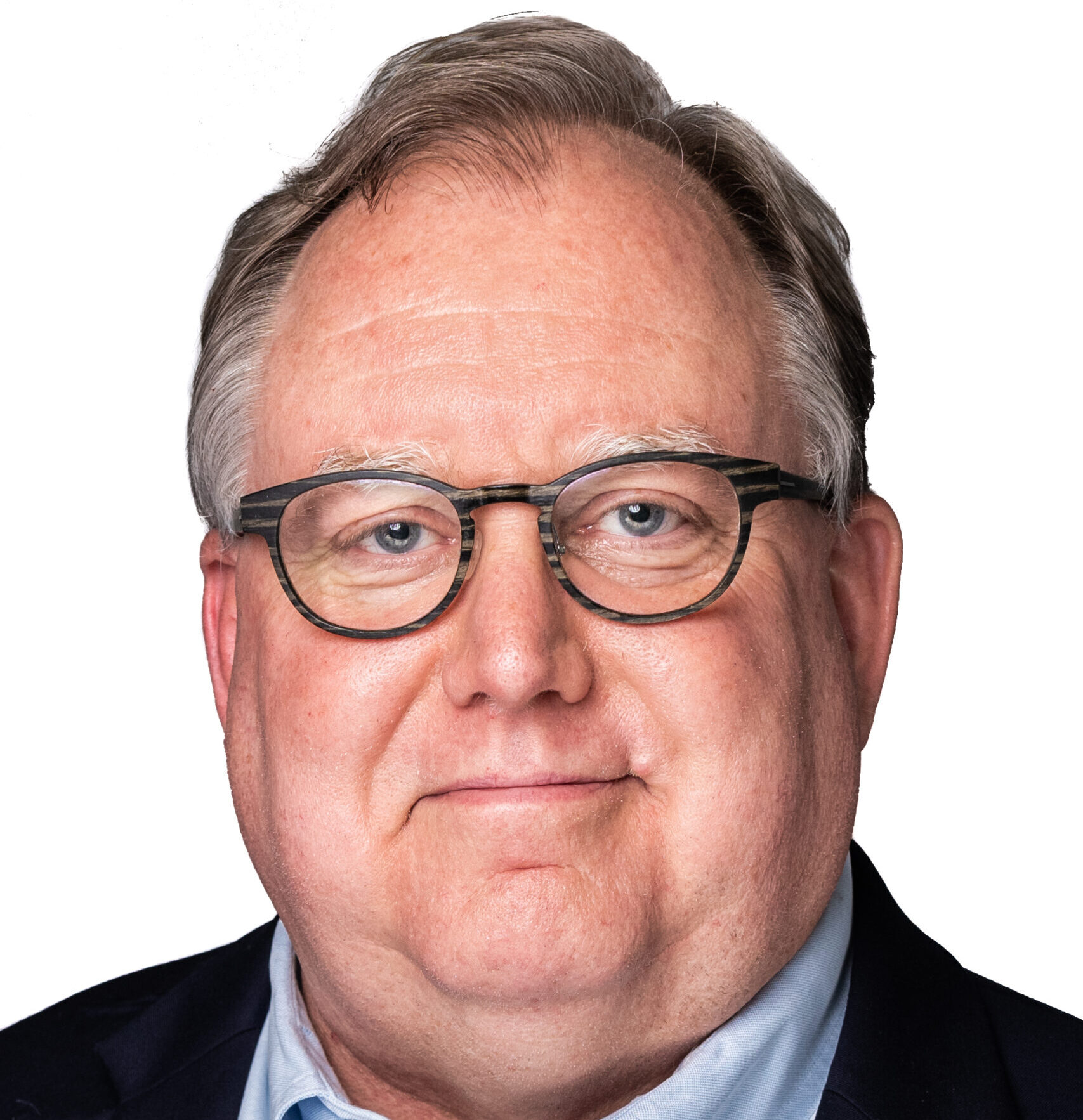 Prior to the onset of the global pandemic, it would have been hard to imagine a scenario in which history and museum professionals played a direct role in matters of public health and workforce development. Yet this is the challenge some staff of the Wisconsin Historical Society (WHS) rose to last year, when COVID-19 triggered a widespread health crisis and snarled the state’s economy. More than fifty staff people—including archivists, registrars, curators, cartographers, and librarians, to name a few—stepped up to the plate when WHS adopted a goal to support state agencies at the forefront of Wisconsin’s pandemic response.

Due to the exploding demand for their services in the pandemic, it quickly became clear that Wisconsin’s Department of Workforce Development (DWD) and Department of Health Services (DHS) needed more resources than they had to respond. Simultaneously, the Wisconsin Historical Society, like many cultural institutions, faced budget cuts and declining revenue as we paused guest experiences at our twelve historic sites and museums to prevent community spread of the virus. Those realities could have spelled disaster for the people of Wisconsin if not for a plan that would alleviate some of the pressure: by temporarily reassigning staff to DHS and DWD, WHS would provide support, skills, and expertise that those vital agencies needed to battle the pandemic. The plan also made it possible for WHS to navigate the financial challenges of the pandemic in a fiscally responsible way, thanks to the 2020 federal Coronavirus Aid, Relief, and Economic Security Act (CARES Act) that supported our response to the pandemic.

Together, reassigned WHS staff and their colleagues at DHS and DWD formed a COVID Response Team (CRT), whose work has saved the lives and livelihoods of many Wisconsinites. Bolstered by their diverse training and highly transferable skills, our reassigned staff members demonstrated the usefulness and practical applications of their expertise outside of public history, living up to the vision of WHS’s first director, Lyman Draper. His motto, “We aim to be useful,” is a guidepost that is still relevant today. From our founding over 175 years ago, we are still driven by this desire to serve our communities and bring value to the people of Wisconsin, even if doing so means pressing pause on our own priorities to redirect resources to where they are more urgently needed.

Joe Kapler, a Curator of Cultural History who has been with WHS since 2001, used his curatorial background to contribute to complex organizational and research work at DHS, where he led the CRT’s implementation team. The role was challenging, requiring him to dive into collaborating with new colleagues and working with unfamiliar subject matter. However, he quickly found a fitting way to use his expertise: to help Wisconsinites revisit public health lessons learned from the 1918 pandemic, as well as the history of vaccine distributions for polio and other diseases, to persevere through the crisis.

Kapler shared examples from Wisconsin and American history to place the modern COVID-19 experience into broader context and reduce the politicized framework through which the pandemic response was being debated. By sharing research about the 1918 global pandemic, the 1950s polio scare, and other public health crises, Kapler advocated for the importance of historical context and illustrated to DHS leadership how history is key to understanding contemporary Wisconsin cultures. For example, Wisconsinites love to gather at local eateries, corner taverns, large supper club restaurants, and festivals—environments that, as we all discovered, are unfortunately conducive to the transmission of COVID-19. Kapler’s efforts contributed to the creation of a Wisconsin cultures initiative, as the discussion expanded to include historic inequities in public health and mistrust of government medical programs and vaccines among specific cultural groups.

From Collections Management to Allocating Supplies

Another reassigned staff member who applied existing skills to new subject matter was Leah Penzkover, an Architecture and History Inventory Coordinator who started at WHS in 2018. Accustomed to working with complicated data, Penzkover integrated well into a DHS team dealing with complex data sources and evolving testing logistics.

“My role involved helping the people of Wisconsin get critical supplies for testing, an essential strategy to slowing the spread of the virus,” Penzkover said in an interview about her reassignment for Columns, WHS’s member newsletter. Before she left her temporary post at DHS, she worked with other team members to compile data about assisted living facilities that requested testing supplies from the state, so that DHS could better anticipate the quantity of supplies that would be needed at each facility to meet testing needs and help slow the spread of the virus.

In the fall of 2020, while operations at WHS’s Madeline Island Museum were paused, its Director Keldi Merton was reassigned as a testing taskforce clinical laboratory outreach specialist at DHS. Her focus was on Bayfield County, a large geographic area adjacent to Lake Superior with a population of only fifteen thousand people, a community which she knew well through her work at the museum. In early November 2020, she established a testing center in the county’s only pharmacy, the Brownstone Pharmacy in Washburn. She worked with her DHS colleagues to establish a supply of testing materials for the pharmacy and the community, transforming the region from a testing desert into one where residents could readily access a testing facility.

Felipe Avila, Cultural Cartographer for WHS, worked at DHS as a geographic information systems (GIS) coordinator on the Vaccine Distribution Task Force. He built out a data model that looked at testing rate and COVID positivity rate per census tract using GIS software. Once the model was ready, he was able to map the information and perform a COVID hotspot analysis for the state. His team was particularly looking for areas with a high positivity rate and low testing, because those areas had high potential for a large outbreak. By identifying the at-risk areas, DHS was able to allocate resources such as testing supplies, National Guard pop-up test sites, and additional vaccines to mitigate and prevent further spread of COVID-19.

Avila’s expertise in history also came in handy. Based on his historical analysis of past epidemics, he knew that transportation networks play a role in spreading major diseases. For example, in the 1880s, cholera spread from New Orleans to Memphis and St. Louis along the Mississippi River. In the 1980s and 1990s, HIV spread from big cities to smaller cities and rural areas following the routes of the US interstate network and large state highways. In December 2020, Avila applied this historical knowledge to the modern COVID response by studying the areas near the I-90/94 interstate corridor in northwestern Wisconsin near Minneapolis and St. Paul, Minnesota. He identified an emerging outbreak through digital mapping and alerted DHS leadership to start testing and mitigation measures. By mid-January 2021, DHS was able to diminish the virus’s spread in the communities around the I-90/94 interstate corridor.

Rose Haveri, a Guest Services Team Member at Northern Great Lakes Visitor Center, started her reassignment with DWD on the twenty-second anniversary of her first day at WHS. Her reassigned role involved verifying claimants’ eligibility for unemployment benefits and required her to work closely with the public.

“Some of the people I spoke with, whether it was a waitress making $2.33 an hour, or a doctor making many times that, mentioned they were on the brink of losing their home because of employment that fell through due to the pandemic. When we were successful in getting them benefits, it was a feeling of relief,” she said about her reassignment experience.

Staff who participated in the reassignments faced numerous challenges and long hours working with DHS and DWD colleagues who were innovating every day to save lives during the pandemic. Our team’s contributions to data mapping, software testing, and increasing testing capacity and vaccination distribution capabilities across the state helped DHS leadership stay informed about crucial new public health data, resulting in faster response times and better decision-making. Society team members used their creativity and resourcefulness—along with investigative and organizational skills honed in archival, library, operations, and public history disciplines—to partner with physicians and public health experts to slow the effects of the pandemic and save lives in Wisconsin.

In the process, we learned that the skills we build as museums and cultural organizations create a value proposition for the communities we serve that we might never have imagined. Likewise, working directly with the community benefited our staff, who returned to their positions at WHS with new knowledge, new leadership experience, and increased adaptability and agility, all of which has increased their professional expertise portfolio. As a result, WHS now has a wider band of change management and leadership skills in all departments and at all levels of our organization, and a workforce that values opportunities to use their skills in new ways. 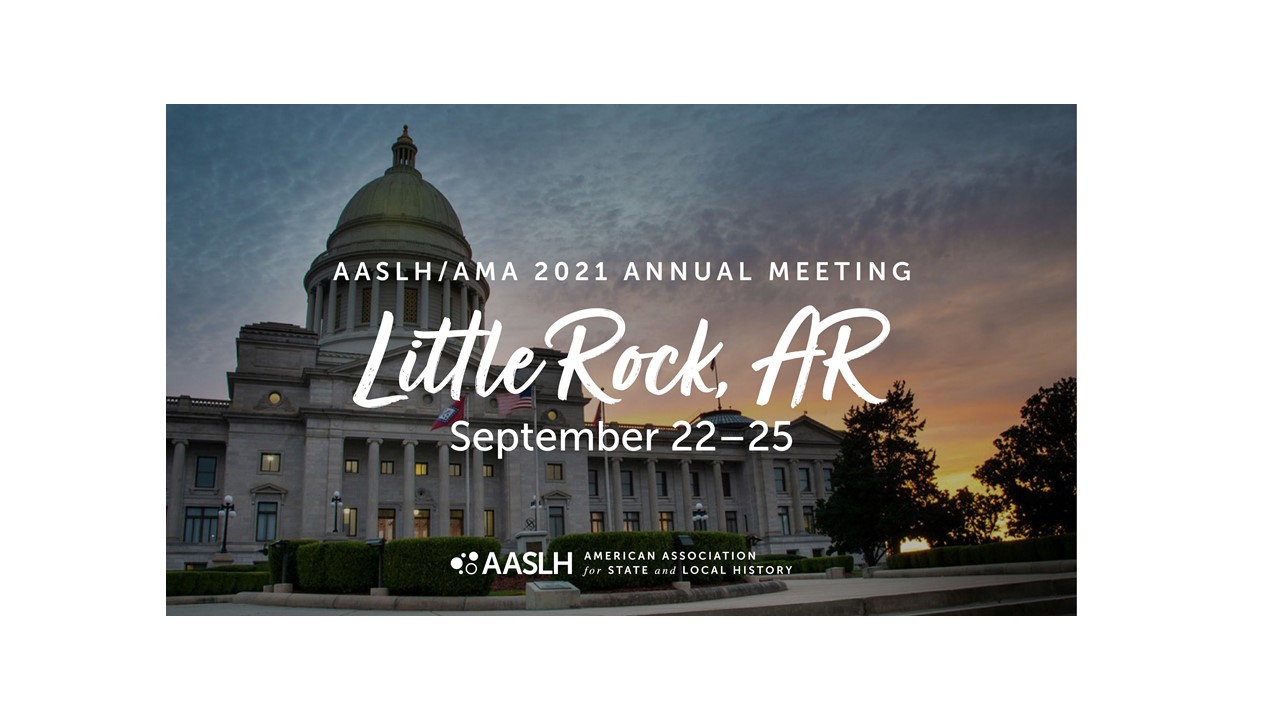 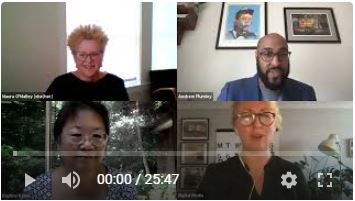 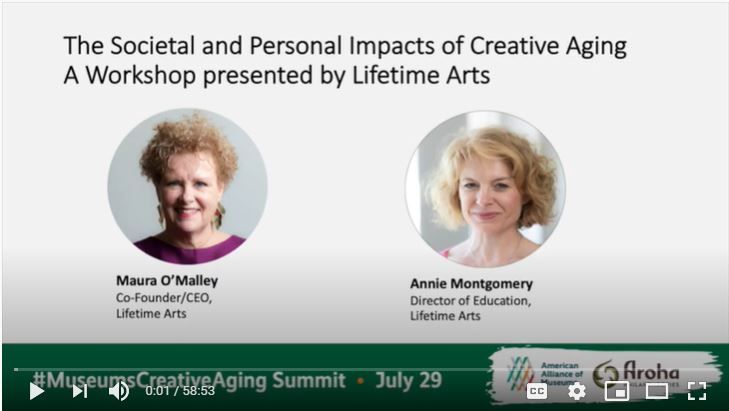 The Societal and Personal Impacts of Creative Aging 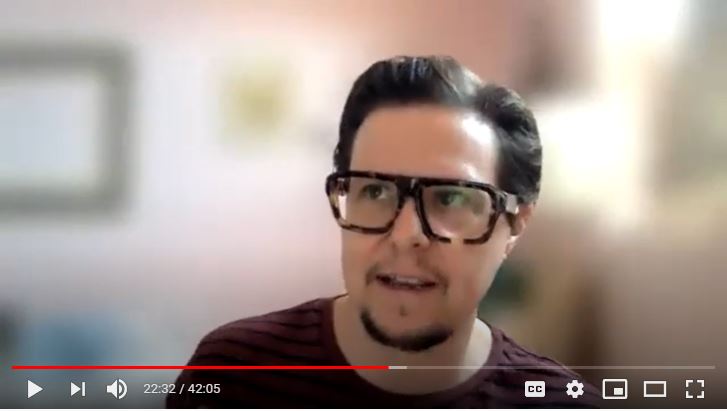 Learning from Experience: Older Adults, Ageism and What Museums can do about it 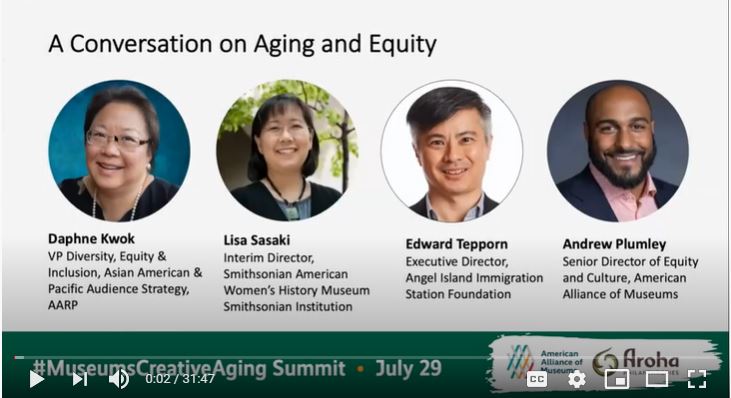 A Conversation on Aging and Equity