Last week’s post on the Museum Sacrifice Measure generated a lot of discussion on Twitter, Facebook and in the Blog comment section. I recommend you go back and read that post before you read this one: I’m using today’s post to summarize and respond to some of the thoughts lobbed via social media, and since I’m jumping into the middle of the conversation it probably only makes sense read as part two.

A number of commenters point out that there are various categories of people, in museums or other sectors, who have “sacrificed” income for their chosen career, but are quite pleased with the trade. For example, when @NinaKSimon summarized the original post on Twitter (“Thought bomb from @futureofmuseums: does making salary sacrifices make museum staff more resistant to change?”) @Mia_out observed “in which case technologists should be most resistant of all? But we’re the ones pushing for org change.” That kicked off the following train of thought, trying to untangle why some people are happy with the sacrifice they made (lower pay) to work in a museum, while others aren’t, and in a bigger sense, what constitutes a fair wage for museum work.

Today’s premise: Fair market value for a job is the compensation (cash + intangibles) an employer and a job applicant agree on when both parties are knowledgeable, willing and unpressured. (I adapted that definition from the fair market value of tangible property. If any economists are reading this blog, please tell me if there’s a reason I can’t flex those parameters to describe the sale of labor, as well.) So, what is it that leads some employees to feel that their compensation is, indeed, fair, and others to feel they are exploited and undercompensated?

I proposed to Mia that museum technology types are open to change because they want to move museums in the direction market forces are driving the field in any case: away from authority and control and towards openness and collaboration. I leave it to technologists like Mia and her peers (@StaticMade @micahwalter  I nominate you) to comment on how much pay they feel they gave up to work in museum, and what they get in return for that sacrifice. I’m guessing it has something to do with joy of inventing a role that did not exist before, and of messing about with really cool content. (That is certainly the vibe I got from Micah’s post on Medium about playing with the Cooper Hewitt API.) In any case, because their expectations for how technology can transform museums are in line with their employer’s, technologists have an accurate understanding of the job when they accept a job offer. They have have correct “knowledge” about what they’re getting in return for passing up higher pay in the private sector.

When I encounter the “who moved my cheese” reaction I cited in the post last week, it tends to be from museum staff who occupy traditional roles (curators and collections managers have both come up in the subsequent discussion). I suspect many people in these roles went into museum work with a vision of the job based museum norms that were anointed as “norms” decades ago. Or they believed in a semi-mythical version of museum work that was compelling and attractive but never entirely true. In either case, they thought they knew what they were getting into, but they were wrong. Either it wasn’t that way when they arrived on the job, or it was true when they started in the field decades ago, but the world has changed. They may feel they traded salary for non-financial benefits such as authority, or intellectual freedom to pursue their own research interests, and ended up something very different. As Mia noted, people in positions that used to work behind the scenes are now being asked to engage with the public on social media—“almost the opposite of the organization they joined.”  When people in this situation calculated what their position was worth to them, their knowledge was incorrect—the job isn’t what they thought it was.

What about the other factors that go into calculating fair market value? Jeffrey Inscho pointed me to a post titled “Familiar Goodbyes” in which he laments the high rate of churn among museum technology staff. He wrote “It’s no secret the cultural sector can’t compete with the private sector in terms of salaries and benefits. Many people make their lifeswork with technology not because they’re passionate about hardware and code, but because it can be a lucrative profession.”  He goes on “once they’ve got a few years of success under their belt they jump ship for more sustainable financial waters. Who can blame them? I must admit I don’t think technologists are isolated here, as I’m hardpressed to name another museum role (other than curator and maybe conservator?) that couldn’t earn more outside the sector.”

Bingo, he hit the psychological nail on the head. People who feel they have a lot of options stay in a given job because they are “willing and unpressured.” Each time they pass up applying for a higher paying job outside the sector, or turn down an actual offer, they reaffirm to themselves that the choice they have made to stay in a lower paying museum job is fair—that it fits their needs and their values.

By contrast, when I was a registrar-cum-collections manager, at conferences I’d get together with fellow collections types over beer and we’d air our anxieties over what other kind of work we could get, if we decided to leave. What the heck would prospective employers make of “I was a collections manager for 10 years (and no that doesn’t have anything to do with repossessing cars.)”?

As a supervisor, more than once I had to manage the expectations of curators who felt certain that if they were working in a university instead of a museum they would have more respect, more autonomy and better pay. Also, tenure. Now, I listen to friends with university appointments lament how they are treated like second class citizens until they get tenure (if they ever do), moan about their teaching load, and stress about the grants and overhead they are expected to bring in. Quality of life issues aside, there is a huge oversupply of qualified applicants for full-time research positions in colleges and universities. A curator may calculate that the chance of getting the non-museum job that most closely aligns to his or her training is roughly on par with winning the lottery.

So, changing expectations + lack of other options = unhappy and resistant to change. Put like that it seems dead obvious. Is the observation even useful? I think yes. I think it suggests steps museum managers can take to renegotiate expectations about roles and help employees feel they have other options—and I’ll delve into that next week.

Other posts I see spinning off from this discussion: 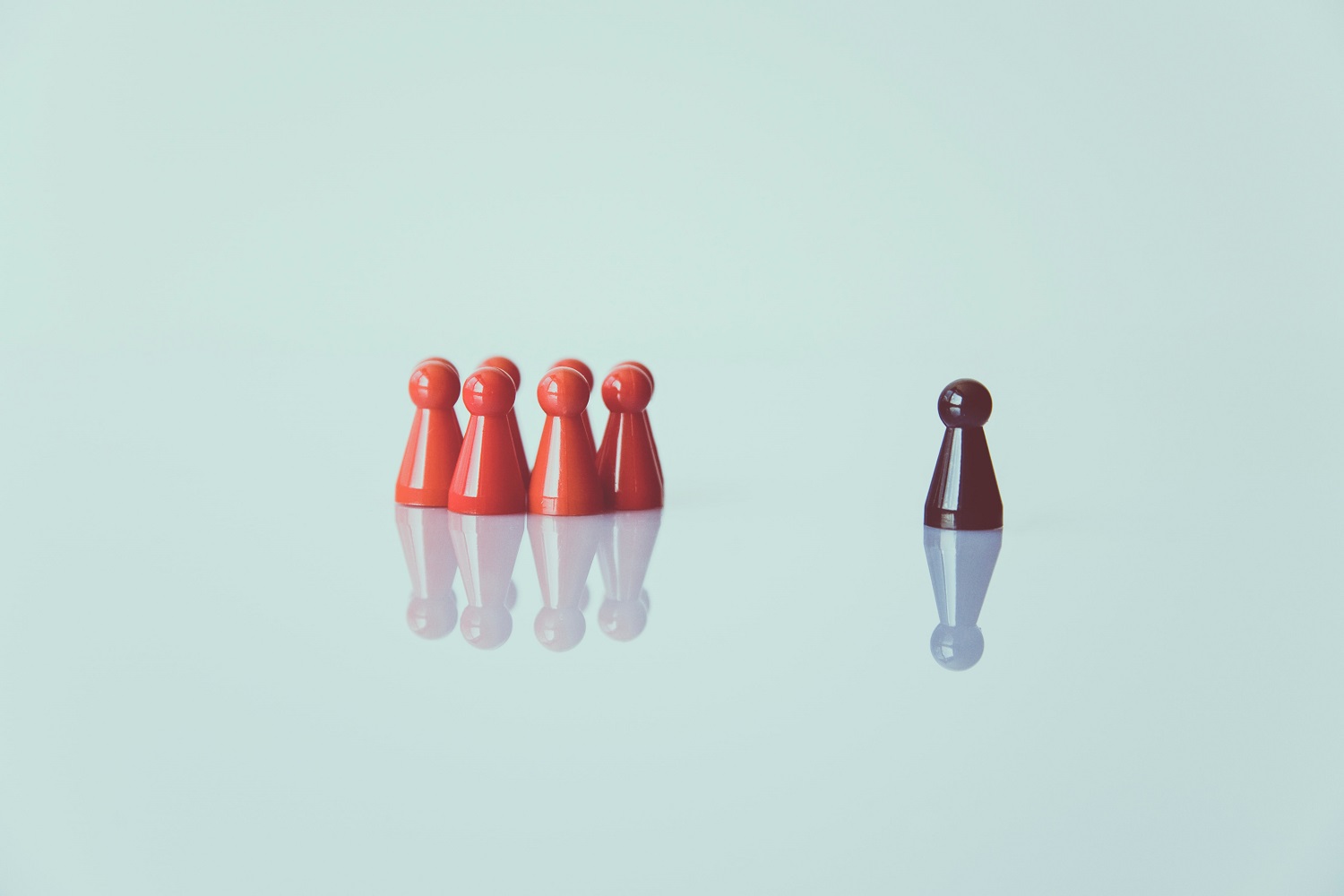 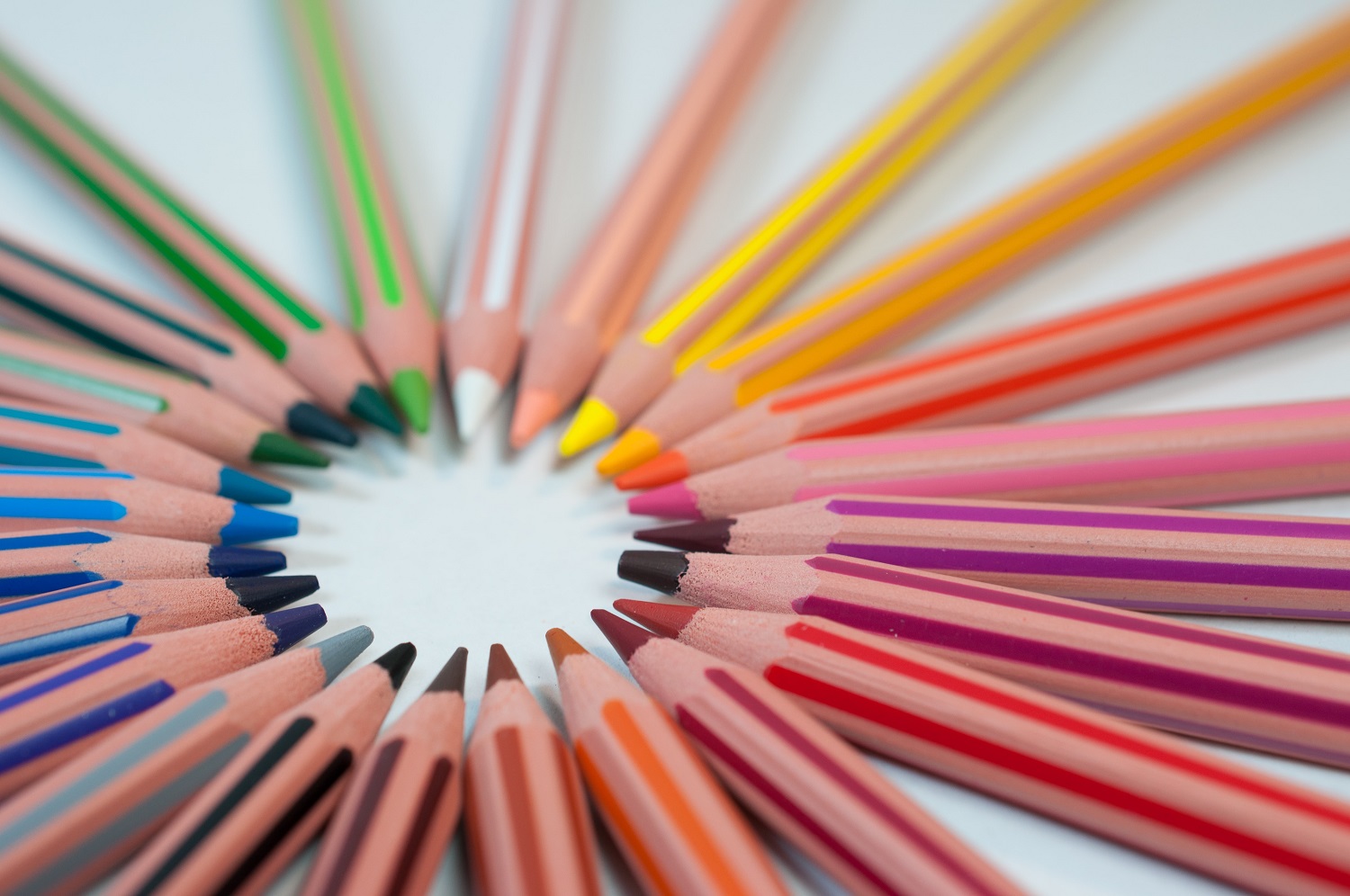 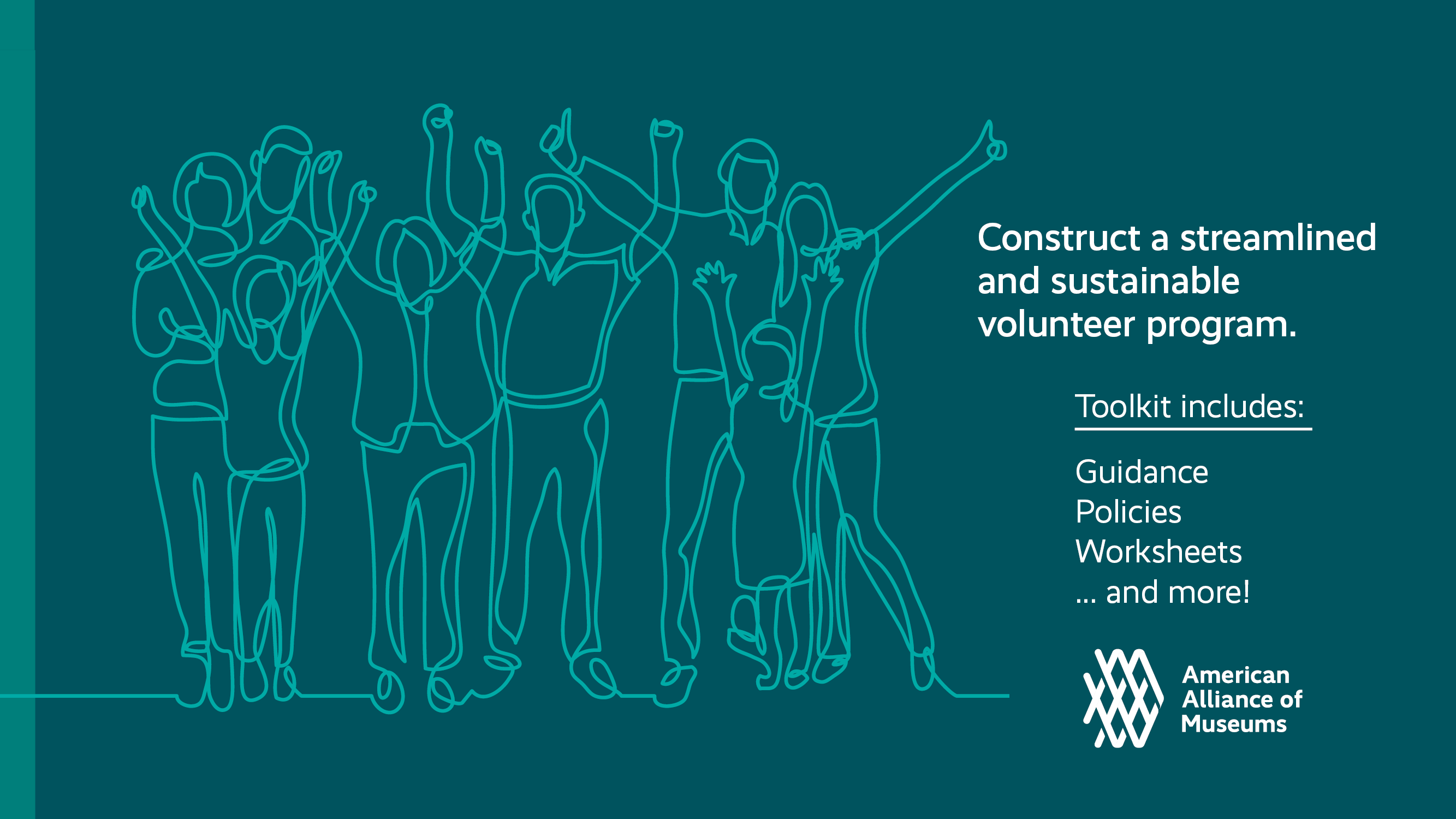 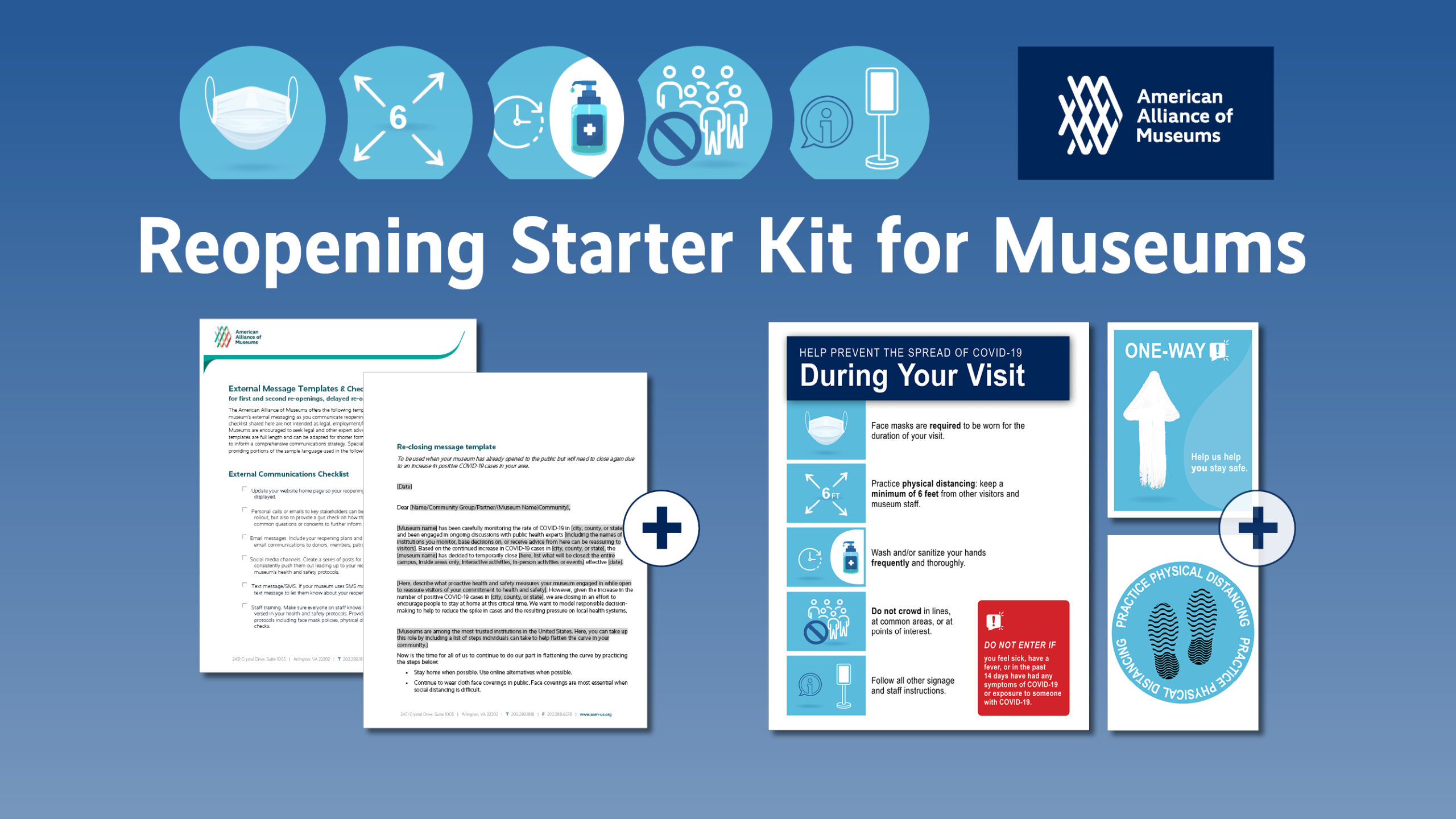