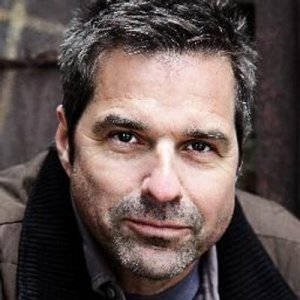 In this second in a series, noted Travel Channel host Don Wildman discusses why the Solomon R. Guggenheim Museum looks the way it does.

Frank Lloyd Wright called it “organic architecture.” In his pre-construction plans, he intended the Guggenheim Museum to be at once novel and of the highest artistic sensibilities, ideologically camped in the same Modernist realm as the art that would adorn its gallery walls.  The institution’s namesake, Solomon R. Guggenheim, had requested “a museum of the future” and the headstrong Wright set out to fulfill the vision.  Both architect and patron would die before the beloved but controversial museum opened doors on October 21, 1959, following a planning and construction process that took over 16 years.

Rotunda: If the motif of a naturally-lit rotunda dates back to the ancients, Pyrex glass tubes would be a new construction technique not even accounted for in building codes. They would first need to be scientifically tested, but didn’t make the final cut. Instead, welded metal rings act like mirrors, augmenting light from outside.

Egg Wash: Wright believed that pure white occurred very rarely in nature, snow being one example (which he associated with death.) The Guggenheim’s original color was “buff,” an “organic” beige which Wright chose over one of his other notions, one of which included pink tones. Many thought New Yorkers considered beige to be inappropriate. In 2007, the Landmarks Commission agreed to the light grey color that the building is famously painted today.

The Spiral: The museum’s radical design reconsidered the concept of floors. The spiral ramp with its curved walls would act as a single level defying traditional, rectilinear form, creating a unified experience of depth and dimension.

Entrance: The Guggenheim’s construction challenged existing NYC building codes governed by Robert Moses and the Board of Standards and Appeals. The jutting entrance, in particular, violated rules regarding proximity to sidewalk, prompting legal action. Wright considered it his artistic privilege to create a structure that skirted such restrictions. In the end, the violation was allowed but remains an exception. Moses, who was related to Wright by marriage, wrote to him: “I don’t care how many rules you have to break. The Guggenheim must be built.”

Landscaping and decorative concept: Wright was contracted authority over all decisions pertaining to the building including furniture and exterior plantings. Nevertheless, in some cases, negotiations had to be conducted, particularly when Wright insisted that no frames on the art be allowed and only sculptures made of fireproof materials be displayed. Similarly, he designed skylights on each ramp to shine natural light on works of art. These were ultimately closed before the museum opened.

The Theater: Construction of the Guggenheim’s underground theater was delayed for seven years due to wartime and labor issues and supply limitations. By 1956, a large music-color experimental machine was scheduled for installation in the space, and special accommodations in the theater need to constructed asap—around the machine. Per Wright’s unrealized plans, the basement would not only accommodate the machine, it would also function as a bomb shelter.

Fifth Avenue: Wright felt it was necessary to acquire an entire 5th Avenue block, exacerbating expenses. According to Wright, the tactic would also expedite construction and lower costs, though others found the results debatable.