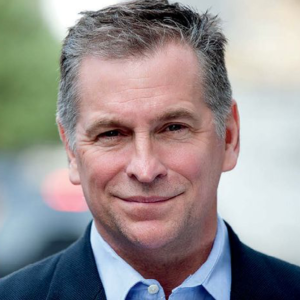 What should a museum do when its subject matter becomes one of the most contested political issues of the day?

This is the question I was quickly confronted with upon assuming leadership of the Tenement Museum in July 2017.  With immigration the subject of constant, heated political discourse, the Tenement Museum suddenly found itself in the middle of one of the most polarizing issues of our time. How (if at all) were we to respond?

The safe choice would have been to do nothing: to resume business as usual and to try to be “neutral” whenever quizzed about immigration’s current political moment.

This, however, would have been a betrayal of our roots as a museum founded for a social purpose. As Tenement Museum founder Ruth Abram put it in a recent interview explaining why she created our Museum in 1988, “I wanted to bring Americans home to meet our immigrant forbearers … and to help them see that the immigrants on the streets of New York and other parts of our country today are in the very same shoes. That was the idea of the Tenement Museum: to promote tolerance through the telling of history.” In other words, the Tenement Museum has never been neutral on the subject of immigration. We take seriously the words of Nobel Prize Winner and Holocaust survivor Elie Wiesel who once said, “Silence encourages the tormentor, never the tormented.”

So, we set out to devise a plan to dramatically expand our Museum’s reach and impact as a force that teaches people about the value and importance of immigration to America’s ongoing development. We recognized that thanks to current events, we found ourselves in a unique moment in history, and wanted to rise to the occasion. We were fortunate to have the pro bono assistance of the Boston Consulting Group (BCG) to help us develop a strategic plan to do so.

Part of that process was to revisit our mission and vision statement. As you undoubtedly know, a mission statement describes what an institution does, while a vision statement explains why the institution does it, i.e. what the hoped-for outcome will be if the mission is completed. Such statements should be succinct, ideally fifteen words or less.  With this in mind, we revisited our current Mission statement. We wanted to make sure it reflected both our aspiration to reach a broader swath of the American public, and our goal to tell stories that go beyond the Lower East Side to encompass a fuller range of the American experience.

“The Tenement Museum preserves and interprets the history of immigration through the personal experiences of the generations of newcomers who settled in and built lives on Manhattan’s Lower East Side, America’s iconic immigrant neighborhood; forges emotional connections between visitors and immigrants past and present; and enhances appreciation for the profound role immigration has played and continues to play in shaping America’s evolving national identity.”

Clearly, some revision was in order. To do so, we brought staff at every level of our Museum, and our board members into the process of developing a new mission statement that would be both more succinct and also reflect our enlarged aspirations.

Over a series of meetings, we parsed every word, debating the implications of each of the precious few we were allotted. After many hours of discussion, we settled on the following:

The Tenement Museum tells the uniquely American stories of immigrants, migrants, and refugees in the ongoing creation of our nation

Let me choose one phrase to illustrate the complexity of the process. We debated at first simply saying “immigrants” in the mission rather than immigrants, migrants, and refugees, but we realized that doing so would be historically inaccurate. In our most recent exhibit Under One Roof, for example, we tell the story of the Saez-Velez family, a Puerto Rican-American family that came to New York in the Fifties. Puerto Ricans are not immigrants to the United States: they are migrants within the United States. So, to simply use the word “immigrants” would be both historically inaccurate and an erasure of the fact the Puerto Ricans are American citizens.

A second word that was the subject of great consideration was “ongoing,” used to describe the “creation of our nation.” We recognize that immigration remains a dynamic force helping shape American society, not something that happened in the past and is now “over.” By adding in the adjective “ongoing,” we were able to give a nod to the fact that, as William Faulkner once put it, “The past isn’t over.  It isn’t even past.”

I could probably tell you a story about each word in each statement if you had the time.  But suffice it to say that every word was chosen with care.

The next task was to discuss our vision statement and to answer the question of what exactly we hope to happen by fulfilling our mission. We found our current vision statement ran afoul of the same issues as the mission:

The Museum will be the preeminent cultural institution that embodies the narratives of America’s immigrants. The Museum will demonstrate to visitors and the larger public, viscerally and intellectually, that America’s open society, democratic institutions, cultural creativity, economic vitality, and ability to accommodate difference owe to our experience as an immigrant nation. The press, the policy community, and the general public will regularly cite the Museum’s exhibits and programs in framing public discussions of immigration, citizenship, and national identity. The Museum will strengthen its claim as the soul of the iconic Lower East Side, building on its record of innovation in interpreting the history of pre-World War II immigration to present the history of more recent migrations, particularly those that are non-European in origin. The Museum will provide programmatic leadership to guide the exploration and interpretation of how immigrants negotiate the shifting lines between tradition and new challenges and opportunities, and how mutual accommodation shapes evolving American practices and ideals. The Museum will be widely acknowledged by its professional peers as a leader in the field.

After a similarly-intense series of discussions aimed at coming up with a vision statement that was both larger in scope and smaller in word count, we settled on the following:

A society that embraces and values the fundamental role of immigration in the evolving American identity.

A key debate here was what verbs to choose. We thought about using a verb like “understands” but in the end felt it was too bland and too neutral. You can understand something but still hate it, for example. What we wanted were positive verbs that positioned immigration as a positive force in our nation’s development. Numerous verbs were considered (let’s just say we got our money’s worth on the “thesaurus” function on our iPhones) and, in the end, “embraces and values” were chosen because they conveyed the positivity we wanted to have reflected in the statement.

The greatest value of all of this work was not so much the final product as the process itself. By revisiting our purpose at a time when the way forward was unclear and engaging a broad swath of our community in that process, we were able to allow diverse voices to be heard and a wide range of concerns to be expressed. By working through this challenge together, we were able to arrive at a set of statements that gave us a sense of direction that all shared.  We’ve ended up in a place where we now all feel comfortable with the clear stance the museum is taking because everyone had a role in the process.

To celebrate, we’ve given every staff and board member new Tenement Museum coffee mugs emblazoned with our mission and vision statements so that we all get a daily reminder of the purpose behind our work.  We see these new statements as dynamic guides that shape our everyday work, not as something we did and now can put on a shelf.  We’re clear now about where we stand and are unified as a community behind that stance.

Kevin Jennings is President of the Tenement Museum. A known leader of nonprofit, governmental, and philanthropic entities with a track record of creating innovative and impactful programming, building highly functional and effective teams, and fundraising success.  Watch his inspiring speech from the 2018 AAM Annual Meeting and MuseumExpo.

2 thoughts on “The Ever Evolving American Identity: a New Mission at The Tenement Museum”