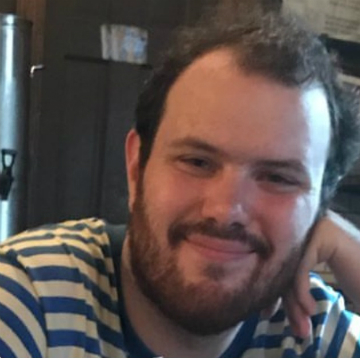 It’s safe to say that most museums would like new visitors. Visitors actualize museums’ missions, give them vibrancy as places of insight and connection, and contribute to their financial welfare. Even for museums that receive plenty of visitors in number, there may be interest in seeing different ones, from backgrounds and identity groups outside of the usual audience makeup.

But though the why is clear, the how can be elusive. There is no shortage of ideas about how to attract newcomers, and it’s hard to know which are worth the investment of time and money to implement. Thankfully, The Wallace Foundation has made it a mission to partner with cultural organizations and help them address this question with research rather than guesswork, publishing the results in a series of detailed and candid reports. AAM has summarized the findings from these case studies in fact sheets, with key insights and thought-provoking discussion questions tailored to the museum field.

Though the institutions profiled are an assorted bunch—spanning museums, performing arts organizations, and art studios around the country—many of the lessons they learned overlap. Here are some tips that recurred throughout their experiments.

1. Identify a target audience and get to know them well.

It’s not enough to want “new visitors” in general. Different visitors want different things, and a strategy aimed at everyone is likely to please few. Instead, you need to get specific about who you want to come, so you can identify precisely what they want and why they aren’t already coming.

Your target audience might be young professionals, teenagers, parents with children, or recent immigrants from Latin America and Asia—to name some of the examples from the Wallace studies. Choose one that makes sense for the type of museum you are and the area you’re located in.

Once you’ve identified this target audience, start by getting to know them well—ideally by listening to them directly, as Wallace participants did in focus groups and other market research. That way, you can test your assumptions about how they feel and what they want, which are likely to be wrong by instinct. Research can reveal surprising, overlooked, and even radically simple barriers to attendance, like the Fleisher Art Memorial’s revelation that its building was intimidating to people who had never been inside.

2. Get the whole organization on board.

Before you proceed with an audience-building initiative, make sure to discuss the plans with the entire organization. Cultivating a new audience has real impacts on how you operate, and without sufficient dialogue, staff and board members may feel blindsided or undermined by these changes.

But this emphasis on transparency and collaboration is not only to preserve morale. Letting staff or leadership express their concerns about your ideas can strengthen them, accounting for wrinkles you didn’t consider and pushing you toward creative compromises to retain existing audiences.

For many in the organization, a sticking point might be how a plan adheres to the museum’s mission. They may think the museum will lose its focus and change for the worse if it tries to pursue a new audience. For that reason, it’s important to keep your mission statement close at hand while you’re working on audience-building strategies, to think about how they will tie into rather than deviate from those goals.

Another possibility is that your audience-building work will reconnect you to your mission. In the process of figuring out why a target audience isn’t visiting, you may realize you’ve been falling short of the purpose your museum was created for to begin with. That was the case for the San Francisco Girls Chorus, which realized it had lost focus on performance in favor of other aspects of its operations, and ended up following its rebrand into a refocused culture and board composition.

If there was one throughline from the focus groups in the Wallace studies, it is that participants expected the cultural organizations’ offerings to be boring, old-fashioned, and intimidating for people inexperienced with the medium or focus area. If you think this is untrue for your museum, your marketing and communications are the places to bust these stereotypes.

In many of the studies, target audiences were put off by the organization’s existing marketing, reading it as flat, esoteric, and uninspiring. It came from and spoke to an in-group of enthusiasts, or was lacking in intention and flair altogether. Several of the organizations found success by using more dynamic visuals, like emotive close-ups of ballerinas or choral singers, and letting these do most of the talking rather than text.

But don’t neglect the text in your communications, either. Simple, short, and approachable information was important to many focus group participants, who found existing materials dense and confusing. Based on this feedback, Fleisher Art Memorial redesigned its course catalog to be simpler and more scannable. The Minnesota Opera, accustomed to marketing its performances with information on composers and historical contexts, tried to speak in terms of storylines and spectacle instead.

Both in images and words, it helps to emphasize the universal themes and benefits of your experience, those at the root of what you offer. This could be the joy of creating something with your own two hands, as The Clay Studio emphasized, or the excitement of watching interpersonal dramas unfold, as the Minnesota Opera did. You likely already know why your museum is worth visiting—why the subject it explores is fascinating—but for people who don’t, you need to spell it out.

4. Roll out the welcome mat.

As powerful as marketing and communications can be, they aren’t everything. Ideally, they should illuminate an experience that is actually engaging and welcoming, not misrepresent it as such—which won’t go far in cultivating visitors in the long run.

Ask yourself whether you can offer exhibitions and programs relevant to the target audience. (If not, you probably have the wrong target audience.) Then work to create them, if they don’t already exist. When the Contemporary Jewish Museum wanted to reach parents with children, for instance, it mounted exhibitions exploring the work of famous Jewish children’s book authors, and began a series of special programs designed for parents and children to mingle. When The Clay Studio wanted to reach a millennial audience, it adapted to their preferences with relaxed, social alternatives to its normally intensive sculpture classes.

With a relevant experience in place, you should figure out how to make your welcome loud and clear, especially if your target audience is one used to feeling out of place in your setting. The Pacific Northwest Ballet, for instance, made a special announcement before performances to thank teenagers attending through a special ticket program. The Contemporary Jewish Museum designed its lobby to be inviting to children, with trained staff available to guide them. Fleisher Art Memorial created its first paid visitor services positions and trained staff in cultural competency, to address the unwelcoming atmosphere its immigrant target audience reported.

In the focus groups, intimidation was a recurring barrier to attending. Rightly or wrongly, many people expect elitism from cultural institutions—that they will be shamed or embarrassed for not already knowing a topic well, or otherwise not “fitting in.” Though it may be hard to perceive from the inside, inviting newcomers to visit your museum can feel like inviting them to a party where they don’t know anyone and won’t be able to follow the conversation. So, just like a good party host, you need to look for ways to make them feel comfortable and bring them into the fold.

Like transparency, partnerships are more than a feel-good buzzword. They can make your job easier, drawing on existing expertise rather than reproducing it from scratch. This is especially true with reaching new audiences—surely there are organizations in your area already reaching the audience you want, and working with them can bring mutual benefit.

Several of the Wallace participants found luck through partnerships like these. For example, the Boston Lyric Opera went to elaborate lengths to bring full-scale performances to new neighborhoods, but only succeeded in attracting newcomers when it hosted “previews” with local libraries. The Minnesota Opera partnered with a local celebrity news radio host who effused on-air about the spectacle of its performances, speaking in terms he knew his audience would relate to.

But not all partnerships are created equal. Don’t just look at them as a means to an end to promote your offerings. For best results, you need your partners to be actively engaged, and the best way to ensure that is to collaborate on a strategy that also meets their needs and abilities. Fleisher Art Memorial stressed this in its work with community organizations serving local immigrants, calling it a “give and take” that required active listening to understand the constraints of its partners.

Your work on audience-building strategies doesn’t stop after you begin deploying them. On the contrary, you should be vigilant of the data on how they perform, so you can tweak ideas that fall behind and boost those that excel. In the process of refining a lagging strategy, you might discover an important variable you hadn’t thought of, which can then be applied to future endeavors. If nothing will turn the idea around, you have the freedom to stop doing it and shift resources to successful ideas—a blessing in resource-strapped non-profits.

At the Seattle Opera, staff organized their multi-year digital outreach initiative into phases, sourcing audience evaluations in between each phase. From these evaluations, they learned that certain of their early strategies—like podcasts, blog content, and interactives—did not appeal to audiences as much as behind-the-scenes videos. So they dropped the content that was least appealing and channeled their resources into more ambitious video concepts, going with the flow of what audiences were responding to.

Think of your strategies as experiments. It’s okay—and likely—that some of them will fail. Not even the best-resourced company is immune to this. But if you commit to trying, and staying open-eyed about what is and isn’t working, your successes just might revitalize and sustain your museum.

Eye of the Storm: How Do Museums Prepare for Hurricanes during a Pandemic?

The UniDescription Project Breaks Down Common Barriers to Media Accessibility

Children’s Museology and the COVID-19 Crisis