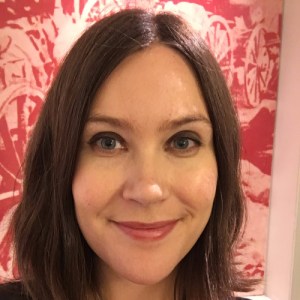 It is shortly after 6 pm on a rainy summer evening in New York City. Ten adults are gathering in a classroom at the New-York Historical Society, carrying umbrellas, notebooks, and pocket copies of the U.S. Constitution. They come from the Dominican Republic, Spain, Jamaica, Russia, Haiti, and Ecuador. Despite their different mother tongues and cultural backgrounds, all are at the museum with the same goal in mind: to become a United States citizen.

In the summer of 2017, the New-York Historical Society launched The Citizenship Project, offering free classes for legal permanent residents (also known as green card holders) to prepare for the United States Citizenship and Immigration Services (USCIS) naturalization exam. In order to become an American citizen, legal permanent residents are required to pass an oral civics test, for which they are required to study 100 questions about American history, government, and integrated civics. The program was the idea of Louise Mirrer, President and CEO of the New-York Historical Society, as a response to the changing conversations around immigration laws. The Citizenship Project uses the collections of the New-York Historical Society museum and library to teach these 100 questions. The curriculum is based on programing New-York Historical’s Education Department developed to serve over 200,000 K-12 students each year. Since starting the first classes in July of last year, the program has taught over 850 green card holders through classes both at the museum and across New York City, bringing the program to community organizations and schools in neighborhoods where it is needed most.

This evening, the students open their notebooks and chat about the rainy weather as they prepare for class to start. The Citizenship Educator starts the class by reviewing a handful of questions covered in previous lessons: What are two rights from the Declaration of Independence? (Life, liberty, and the pursuit of happiness). What are the two major political parties in the United States? (Democratic and Republican). What is the supreme law of the land? (the Constitution). The students answer quickly and confidently.

The topic of this evening’s lesson is the United States in the 1800s. The Citizenship Educator introduces the War of 1812, and then passes around copies of a document from the New-York Historical Society Library titled “Defence of Fort M’Henry.” One of the students volunteers to read the document out loud, eager for an opportunity to practice his English. “O say can you see? By the dawn’s early light…” A wave of recognition flows through the classroom. “That’s the national anthem!” The class excitedly connects the national anthem to the War of 1812, noting they had no idea about the origins of the song. Name the U.S. national anthem. (The Star-Spangled Banner).

During their naturalization interview, aspiring citizens will be asked 10 out of the possible 100 civics questions. They have to answer 6 correctly to pass. While many green card holders prepare for the test by going over the questions with flashcards, the New-York Historical Society has found that there is significant interest from immigrants in taking a class to help them learn the content instead. The teaching method we use, object-based inquiry, enables students to discover the stories of the American past, and answers to the 100 questions, through conversation with their fellow students, guided by the Citizenship Educator. The conversational approach also offers an opportunity for non-native English speakers to practice their language skills (English proficiency is another requirement for naturalization; although some exceptions exist for permanent residents who are older and have been in the country for a long time). The most important reason students have expressed for taking the course, however, is a desire to learn more about the history of their adopted home.

Their Citizenship Educator leads the students to one of the museum’s John Rogers statues in the galleries. After a close examination of the artifact, the educator encourages them to share their observations. The students, often helping each other find the right English word; piece together the story of the statue The Slave Auction. The statue humanizes the atrocities of slavery, as an enslaved woman, standing at the auction block, tenderly holds on to her young children—the fear of family separation clearly gathered from her expression. “She’s scared they are taking her children away from her. They did that to families during slavery,” one of the students tells the class.

What group of people was taken to America and sold as slaves? This is one of the questions from the civics test, written by Congress and passed in 2010. The 100 questions on the naturalization test touch lightly on the most important events in American history, with a focus on Presidents and Founding Fathers. Out of the 13 notable Americans included in the test, only one is a woman (Susan B. Anthony) and one is not white (Martin Luther King, Jr.). Although the inclusion of difficult chapters in American history is admirable, just memorizing the answers to the questions leaves most aspiring citizens with only a bird’s eye view of American history—if they can remember the answers after passing the test at all.

With The Citizenship Project, the New-York Historical Society not only aids green card holders in their path to citizenship by helping them pass the test, we also educate new Americans on the complex history of their adopted home. Almost every student in our classes moved to the United States as an adult, thus never learning American history in school. And even if they had attended school in this country that probably would not have helped them much either — only 1 out of 3 native-born Americans can pass the civics test.[1] The Citizenship Project curriculum also fills in the “gaps” in American history as it is covered in the 100 questions. In writing the curriculum, we made sure to highlight the stories of different groups of Americans, even if they are barely mentioned in the 100 questions.

As the Citizenship Project Manager, I have written (and continuously update) the program’s curriculum, consisting of twelve two-hour lessons, covering American history from the colonial era through the Vietnam War. The curriculum is constructed around the 100 questions, teaching the stories behind these questions through New-York Historical artifacts, paintings, and documents. Unlike most citizenship preparation classes, we do not use textbooks. We have learned that the focus on visual learning is exactly what our students’ love about the program, especially those who are not fluent English speakers. Even if they struggle to follow documents or storytelling, they have a visual to aid them in understanding the story.

Who was President during the Great Depression and World War II?  With so many different questions about different Presidents, it is necessary to help the students in differentiating between the various men who have held the highest office in the United States. Franklin Delano Roosevelt, perhaps surprisingly to those who have grown up in the United States, is mostly unknown to our students. In class, students visit our galleries to view a calf brace worn by FDR and they learn about his disability after contracting polio. “I admire him more now,” one of our students once told me after learning this. We then looked at images of Japanese internment and read Eleanor Roosevelt’s scathing article on her husband’s most controversial policy, leading to an intense conversation among the class. By learning about and commenting on American history, the students begin to feel a sense of ownership and belonging, and it inspires them to contribute to the future of the United States. It is therefore important to not overlook the more challenging eras of American history.

We have learned that adults with a wide variety of backgrounds, formal education, and prior knowledge, appreciate the opportunity to learn in museums. Many of our students tell us they did not enjoy history class while they were young, but that our visual, discussion-based approach to teaching American history gets them excited again about learning. Furthermore, most of The Citizenship Project’s students had never visited the New-York Historical Society before, or any other museum for that matter. Through the classes, our students learn about a different approach to visiting a museum; on average, we spend 10-15 minutes with just one artifact. The students then not only connect the artwork to the questions on the civics test, they also connect with the museum itself. During the last day of class, many students will become members so they can return and share this experience with their friends and family. Storytelling and humanization of the words green card holders see on their flashcards not only assists them in the learning process, it also gets adult learners excited about museums.

After learning about nineteenth-century American history for almost two hours, the students are still engaged as the Citizenship Educator leads them towards another artifact in the New-York Historical Society gallery, asking the students to take a few moments to observe and then describe the object. Through their observations, the students establish that this artifact is a draft wheel from the Civil War, signifying that President Lincoln needed a draft as excitement to volunteer for the Union army was waning by 1863. This particular draft wheel is the only one to survive the Draft Riots of New York City. As the Citizenship Educator tells the complicated story of this event, detailing how low-income Irish immigrants, angry that the wealthy could buy their way out of the draft, rioted for days, the students express amazement at the fact they never heard about this story. “I think it is important for us to know that these things happened in the past,” one student said, “so we can better understand what happens here today.” 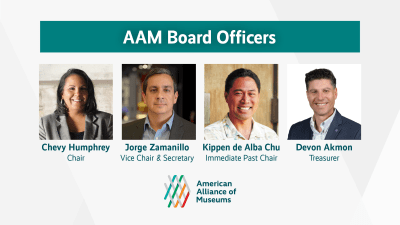 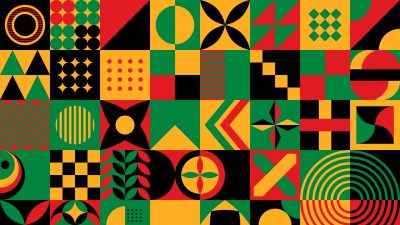 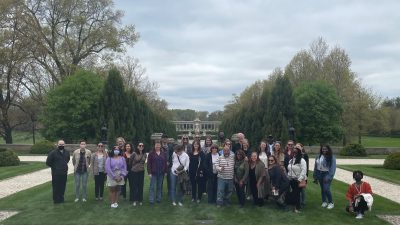